Let's find the length of AB. 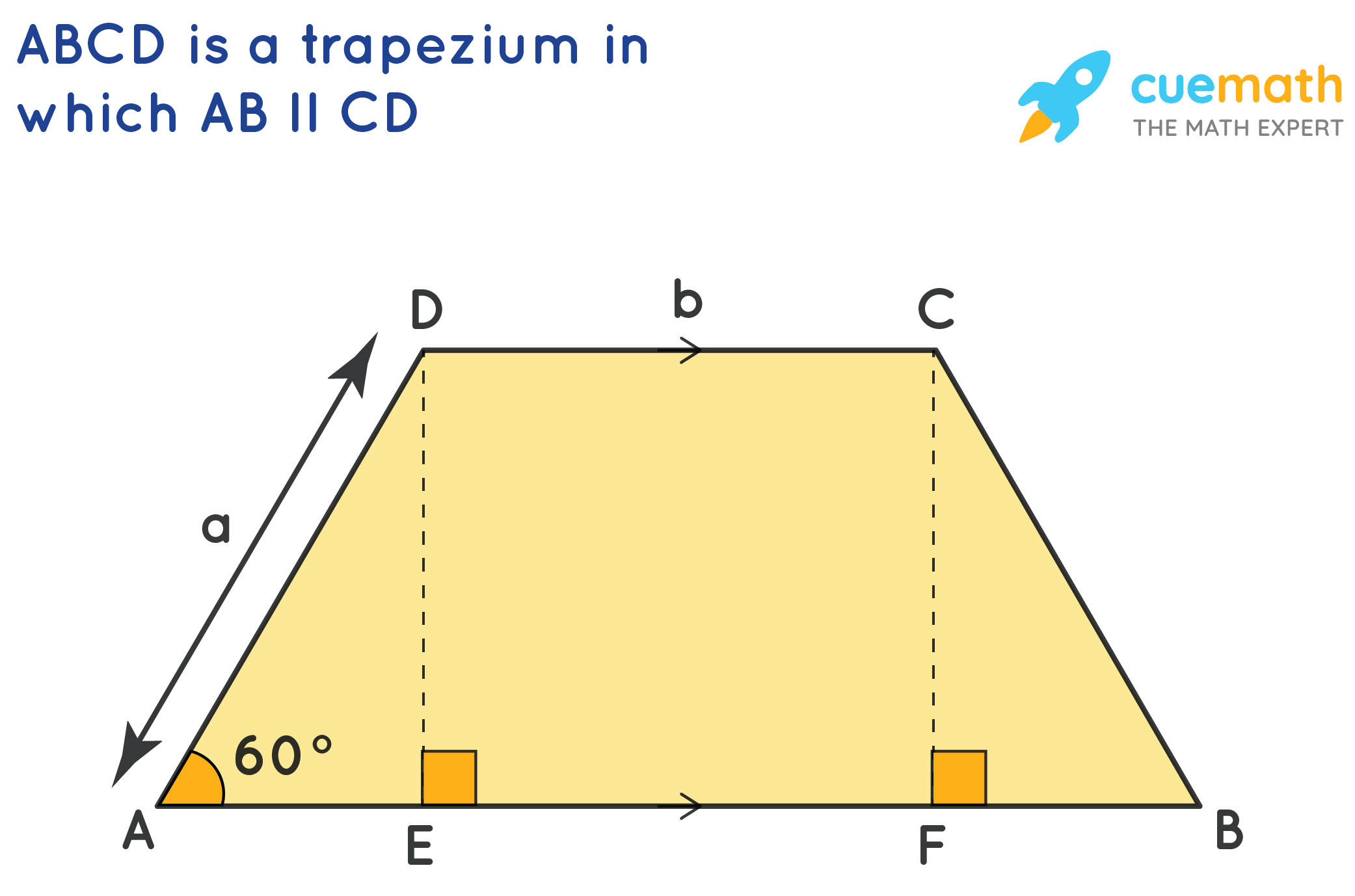 Here, ABCD is a trapezium with AB || CD.

Drop perpendiculars from the vertices D, C to AB, namely DE and CF. From the figure, DE is perpendicular to AB, then triangle ADE is formed with DAE = 60°.