What is one fourth as a decimal?

Fractions can be defined as a part of a whole and decimals are a set of numbers written together with a dot in between them that is called a decimal point.

Let's convert the given fraction to a decimal number.

To convert any fraction to decimal form, we just need to divide its numerator by the denominator. 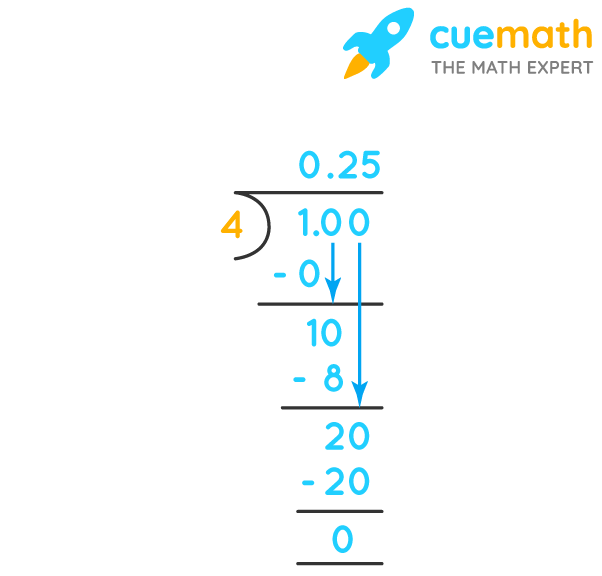