In this article, we will learn about a few important attributes, their units, and conversion methods between the different units.

Learn about the Conversion of Units of Speed, Acceleration, and Time. m/s to km/h, km/h to mi/h, m/s2 to km/s2, hr to seconds, etc. with examples. Here is a downloadable PDF to explore more.

Speed is defined as the rate at which an object is moving (covering a particular distance). It is a scalar quantity as it defines only the magnitude and not direction.

The SI derived unit for speed is meter per second (m/s).

Velocity is defined as the rate of change of an object’s position with respect to a frame of reference.

Velocity is a vector quantity as it describes both the magnitude and direction.

The SI derived unit for velocity is meter per second (m/s).

Acceleration is also a vector quantity and is defined as the rate of change of velocity with change in time.

The SI derived unit for acceleration is meter per second squared (m/s2).

A measurable period during which an action/event happens is Time.

The SI derived unit for Time is seconds (s).

International system of units is the modern form of the Metric system. The units listed in this system are used as the standard units of measurements in almost every country in the world. 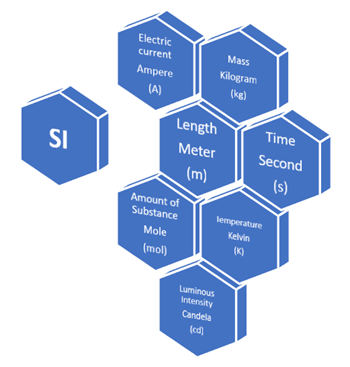 In this section we will look at different units used to measure Time and the conversion formulae needed to convert a value from one unit to another.

Hour To Second (hr to s)

Minutes To Hour (min to hr)

Minutes To Day (min to days) Days To Minute (days to min) 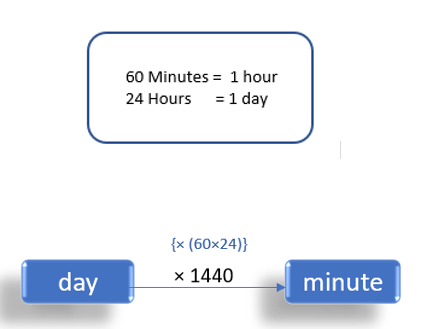 Hours To Days (hrs to days) In this section, we will see various formulae for the conversion of values between different unit representations for speed/Velocity.

In general, the method used to arrive at the formula is based on the individual units in the numerator and the denominator.

Meter/Second To kilometer/Hour (m/s to km/h) 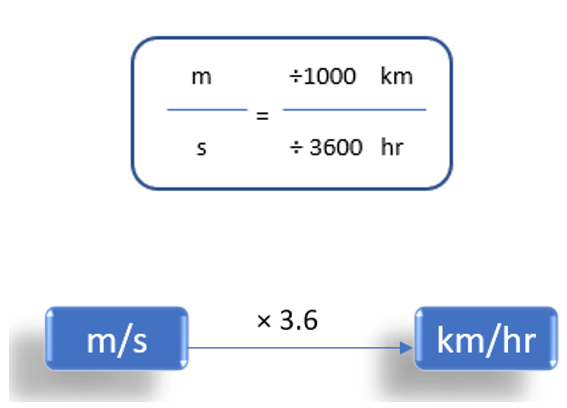 Kilometer/Hour To Meter/Second (km/h to m/s) 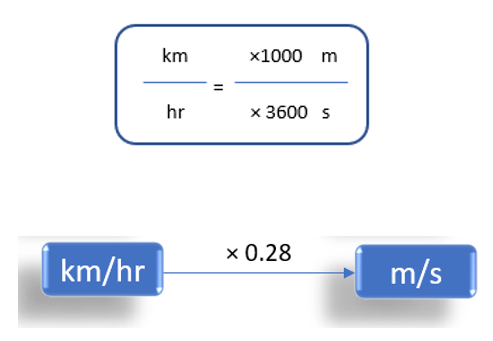 Kilometer/Second To Miles/Hour (km/s to mi/h) 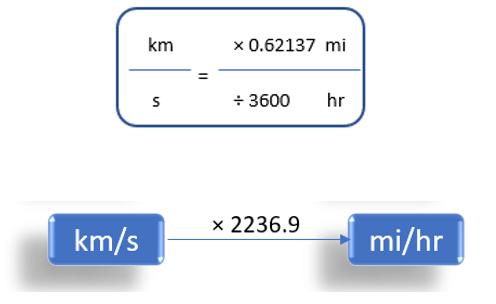 Feet/Second To Meter/Second (ft/s to m/s) Miles/Hour To Meter/Second (mi/h to m/s) 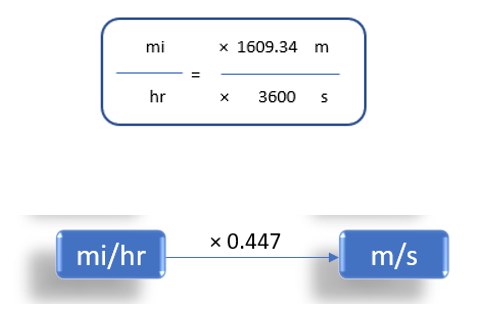 Meter/Second To Feet/Second (m/s to ft/s) 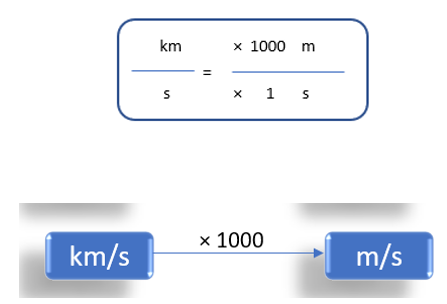 Feet/Minute To Meter/Second (ft/min to m/s) Miles/Hour To Feet/Second (mi/h to ft/s) 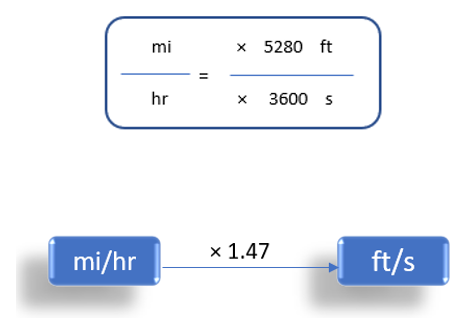 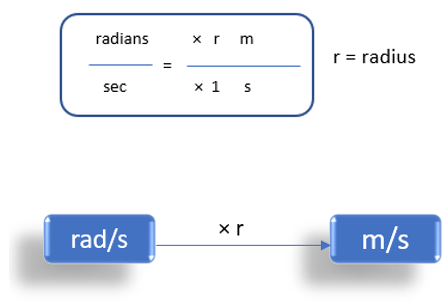 Meter/Second To Mach (m/s to Mach)

Mach is the ratio of the speed of a moving object through a fluid to the speed of sound in the same medium. Since it is a ratio, it does not have any dimension.

The speed of the sound is not constant. It varies depending on the temperature and the atmospheric pressure.

In this section, we will see various formulae for the conversion between different unit representations for acceleration.

In general, the method used to arrive at the formula is based on the individual units in the numerator and the denominator. 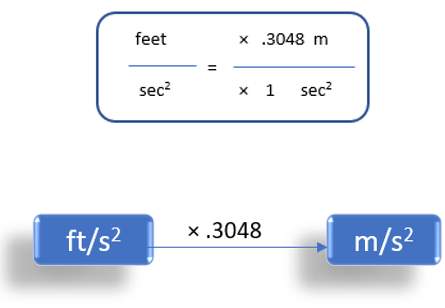 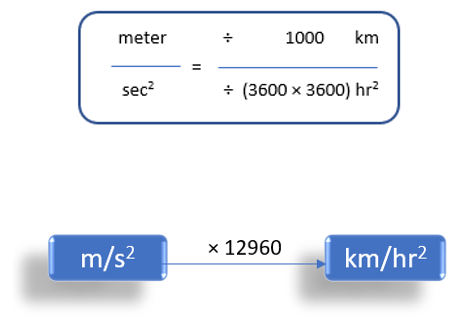 Feet/Second2 To Kilometer/Second2 (ft/s2 to km/s2) Kilometer/Second2 To Feet/Second2 (km/s2 to ft/s2) 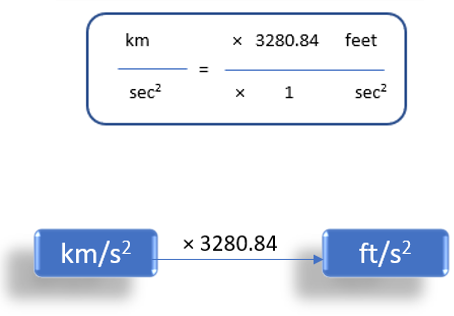 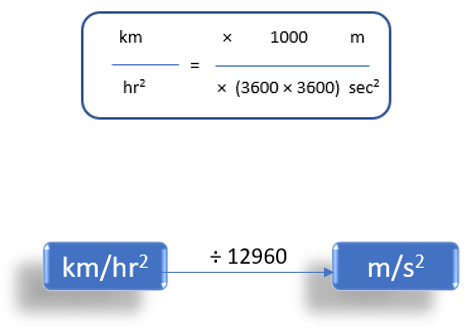 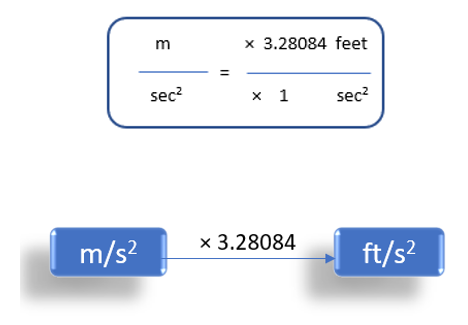 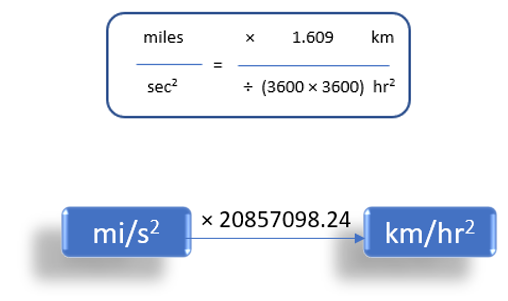 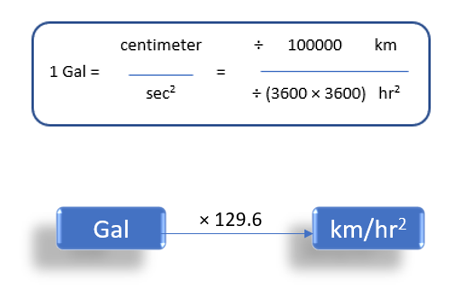 In this section we are going to see some examples for unit conversions.

To convert a value from m/s to km/hr, we need to multiply it by 3.6

Convert a velocity of 25 mph to feet per second

To convert a value from miles/hr to feet/sec, we need to multiply it by 1.47

To convert a value from meter/sec2 to kilometre/ hr2, we need to multiply it by 12960

To convert a value from Gal to kilometre/ hr2, we need to multiply it by 129.6

How many minutes are there in 4 days?

How many seconds are there in one week?

In this article, we learnt about Time, Speed, Velocity and Acceleration. We learnt their definitions, units and the conversion rules/formulae between different units.

This may serve as a quick reference guide for any of the concepts mentioned above.

How many weeks are in 6 months?

What is the difference between Speed and Velocity?

Both speed and velocity are the ratio of the distance moved by an object to the time taken for the movement.

But Speed is a Scalar quantity. It considers only magnitude irrespective of the direction.

Whereas velocity is a Vector quantity and it represents both magnitude and direction.

What is the relation between speed and acceleration?

How many seconds in an hour?

Number of seconds in a minute = 60

How many minutes in a day?