Let us learn more about the division of decimals by reading the content given below, which will help us to understand this better.

Decimals are a part of the extended number system to express tenths, hundredths, thousandths, and so on. Working with decimals may seem a bit complex but the various operations using decimal numbers is quite similar to the operations using whole numbers. A decimal number has a whole number part and the fractional part separated by a dot. The digits following the decimal point show a value smaller than one. 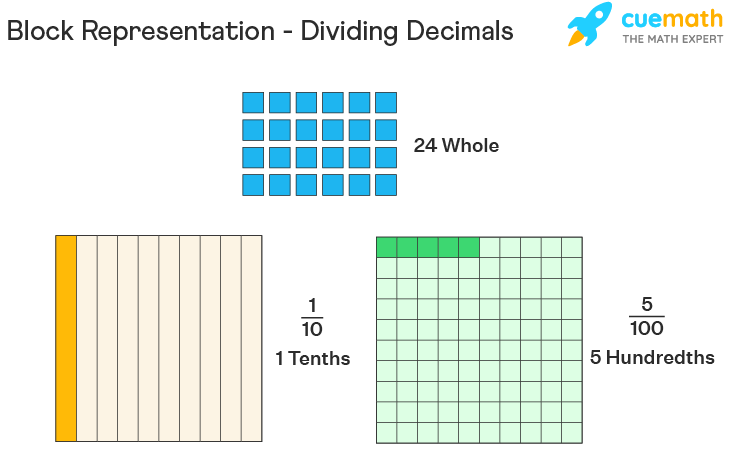 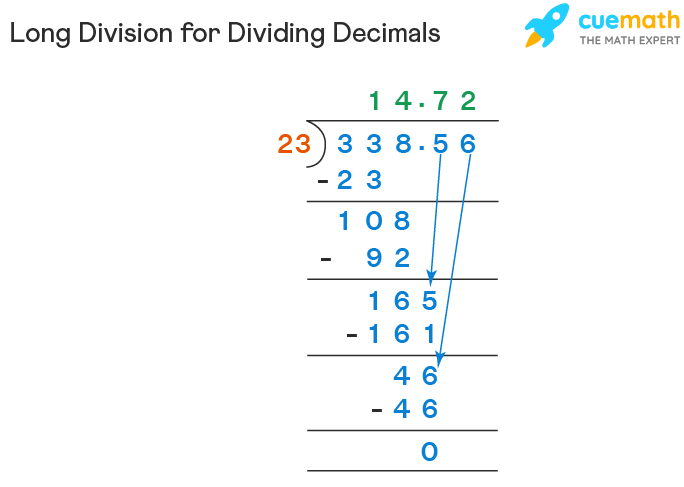 Now, let us look at the following tips that are helpful while dividing decimals.

Why do You Move The Decimal When Dividing?

How do you Calculate Decimals?

How to Divide Decimals by Whole Numbers?

The division of a decimal with a whole number is the same as the normal division. The decimal is placed in the quotient according to the decimal of the dividend. Let us understand this with a simple example. The division of 42.7 by 7 gives 6.1.

Can a Decimal be a Whole Number?

What is the First Step in Dividing Decimals?

What to do With a Remainder When Dividing Decimals?

What is the Difference Between Multiplying and Dividing Decimals?