Relationship Between Fractions and Decimals

The relationship between fractions and decimals is very important to understand to develop a strong base in arithmetic. When a number is represented in form of p/q, where p and q belong to whole numbers and q is not equal to 0, it is termed as a fraction and can be converted into a decimal form by either converting the denominator to a power of 10 or by long division method.

What is the Relationship Between Fractions and Decimals?

Let us consider another example. Emma divides her garden into 12 equal parts. She grows flowers of different colors in each part of the garden. Amongst the 12 slots, she reserved 8 equal portions for red flowers, 2 portions for yellow color flowers, and 2 for blue color flowers. Let us write the portion given to flowers of each color in fraction and in decimal. 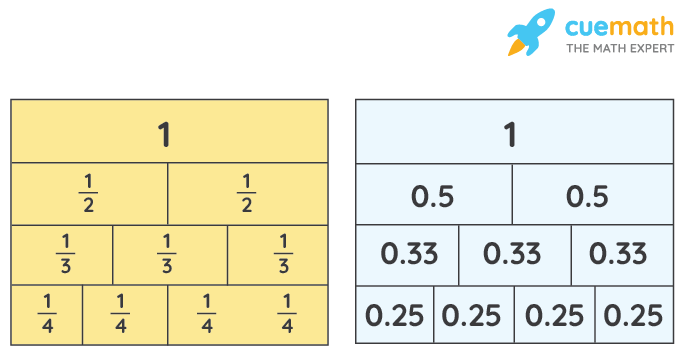 We can convert a fraction to its decimal form by the following two methods.

When a number is present in a fraction form i.e., p/q, to convert it into the decimal form we use the long division method. The steps for converting fractions into decimals are given below. Let us understand these steps of the long division with the help of an example. 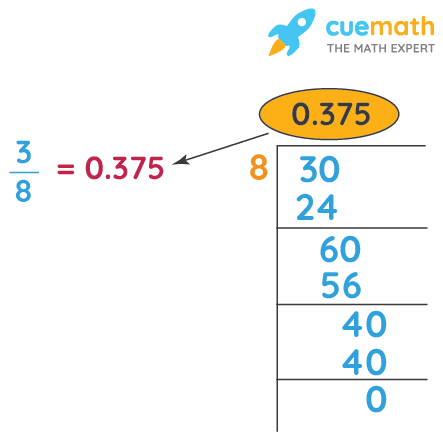 Another method to convert the fraction to a decimal is by converting the denominator of the fraction to powers of 10 like 10, 100, 1000, etc. Let us understand this with the steps given below. We will take an example to proceed with the given steps.

Look at this example for a deeper understanding.

Check out the links of interesting articles related to the relationship between fractions and decimals.

FAQs on Relationship Between Fractions and Decimals

What is the Importance of Fraction and Decimal?

Fractions and decimals are required when there is the precision required in the value because whole numbers can only be used for counting. For measuring, decimals and fractions are used. Decimal gives a more precise value as compared to fractions as we can even represent the infinite numbers using decimals, which is not possible with fractions.

What is the Difference Between the Fraction and Decimals?

The main difference between the fraction and decimals is that fraction represents a ratio between two, while decimals can also be used for writing infinite values and for more precision. Fractions are of the form p/q, where p and q are whole numbers and q is not equal to 0, while decimals are written with the help of a decimal point in between to separate the whole numbers part and the fractional part of a number, for example, 2.89 is a decimal number.

How are Decimal and Fractions Represented?

Fractions are written in the form of p/q, where q≠0, while in decimals, the whole number part and fractional part is connected through a decimal point, for example, 0.5.

How to Convert Decimals into Fractions?

To convert a decimal to a fraction, we follow three basic steps mentioned below:

22/7 is an irrational number, which is expressed as 3.14 in decimals up to two decimal places. It is a non-terminating and non-repeating decimal number that goes up to infinity.

What are the Ways to Convert Fraction to Decimal?

There are two ways to convert a fraction into a decimal, which are given below:

How to Convert a Mixed Fraction to Decimal?