ABCD is a trapezium in which AB parallel DC and its diagonals intersect each other at point O . show that AO/BO = CO/DO

A trapezoid (trapezium) is a quadrilateral in which one pair of opposite sides are parallel.

Answer: For a trapezium ABCD  in which AB is parallel to DC and its diagonals intersect each other at point O we see that AO/BO = CO/DO

Let's draw the diagram of trapezium ABCD as shown below: 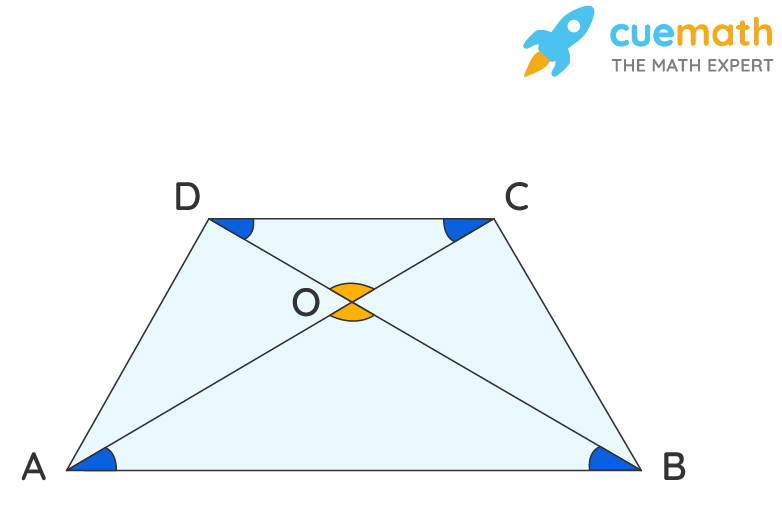 Here, the sides DC and AB are parallel sides.

Since DC is parallel to AB,

Now according to AAA (angle-angle-angle) similarity criteria, the two triangles AOB and COD are similar.

Now, interchange the positions of CO and BO in the above equation.