What Is SAS Triangle Formula?

There are different SAS Triangle formulas used to prove the congruence or similarity between two triangles. SAS stands for Side-Angle-Side.

Let us see the applications of SAS triangle formulas in the following section.

Example 1: James wanted to know which congruency rule says that these triangles are congruent. Let's help him figure this out. 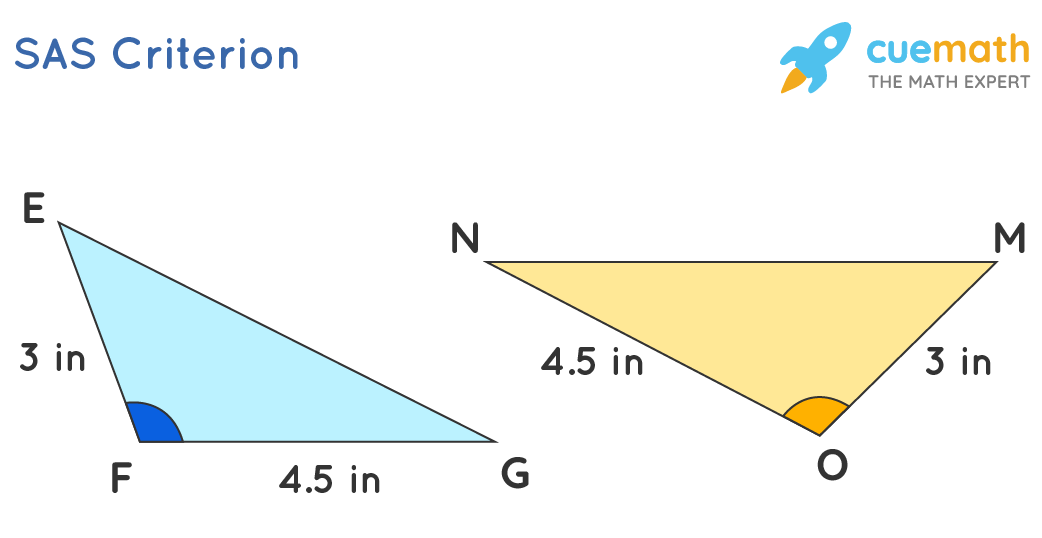 To find: The congruency rule followed for given case

Answer: These triangles are congruent by the SAS triangle formula.

Example 2: Triangle ABC is an isosceles triangle and the line segment AD is the angle bisector of the angle A. 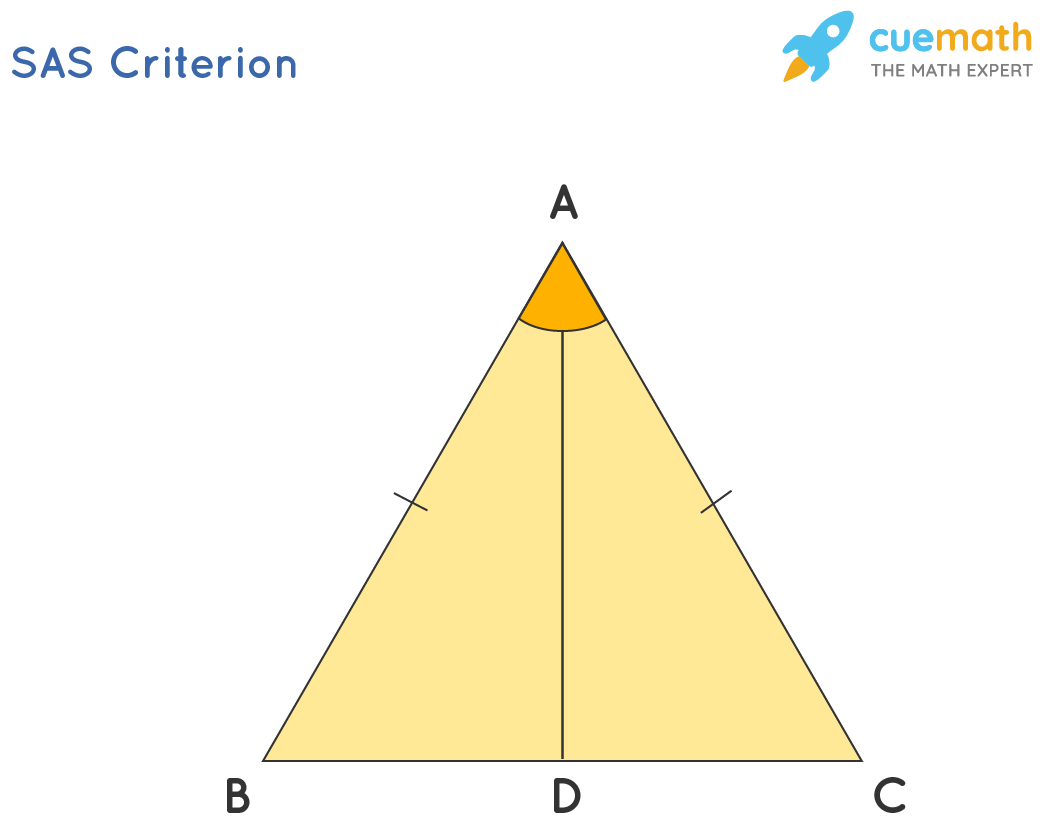 Can you prove that \(\Delta ADB\) is congruent to the \(\Delta ADC\) by using SAS triangle formula? What do you know about BD and CD?

The triangle ABC is an isosceles triangle, with AB = AC.

As the line segment AD is the angle bisector of the angle A then it divides the \(\angle A\) into two equal parts.

Now according to the SAS rule, the two triangles are congruent.

Therefore, the other side and the other two angles are bound to be congruent. BD = CD