A collection of objects is called a Set. Sets formulas form a foundation for many fields of mathematics. In the areas related to statistics, and particularly in probability. Venn diagrams are popularly used to visualize problems in set theory to arrive at a solution by represented them by overlapping circles. Let's learn about sets formulas with a few solved examples in the end.

What Are the Sets Formula?

These are the basic set of formulas from the set theory. For two sets A and B, sets formula can be given as,

Formula 1: Union formula in set theory indicates the number of elements present in either one of the sets A or B. It is represented as,

Formula 2: Intersection formula in set theory indicates the number of elements present essentially in both sets A & B. It is represented as,

Formula 3: Another important formula relating union and intersection is represented as, 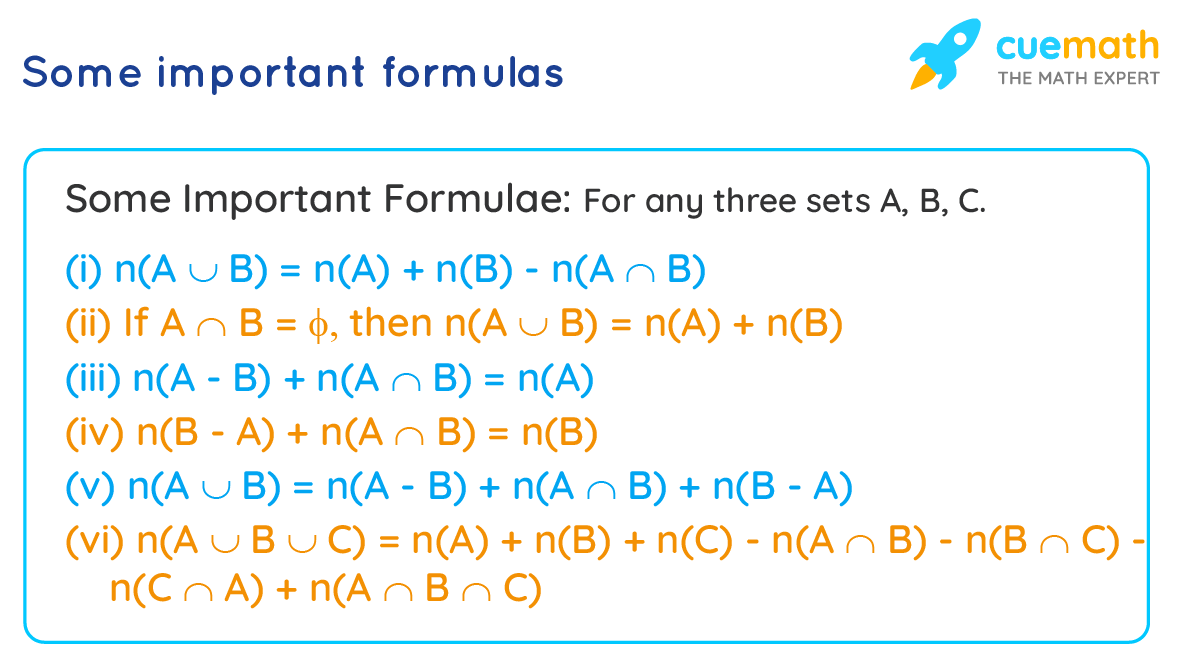 Let us have a look at a few solved examples to understand the sets formula better.