Let us learn these formulas along with a few solved examples.

What is Euler's Formula?

Let us learn each of these formulas in detail.

Euler’s form of a complex number is important enough to deserve a separate section. It is an extremely convenient representation that leads to simplifications in a lot of calculations. Euler's formula in complex analysis is used for establishing the relationship between trigonometric functions and complex exponential functions. Euler's formula is defined for any real number x and can be written as:

Here, cos and sin are trigonometric functions, i is the imaginary unit, and e is the base of the natural logarithm. The interpretation of this formula can be taken in a complex plane, as a unit complex function eiθ tracing a unit circle, where θ is a real number and is measured in radians.

This representation might seem confusing at first. What sense does it make to raise a real number to an imaginary number? However, you may rest assured that a valid justification for this relation exists. Although we will not discuss rigorous proof for this, you may observe the following approximate proof to see why it should be true.

We use the following expansion series for ex :

Now, we assume that this expansion holds true even if x is a non-real number. In a rigorous proof, even this assumption will have to be justified, but for now, let us take its truth to be granted, and use x = iθ. 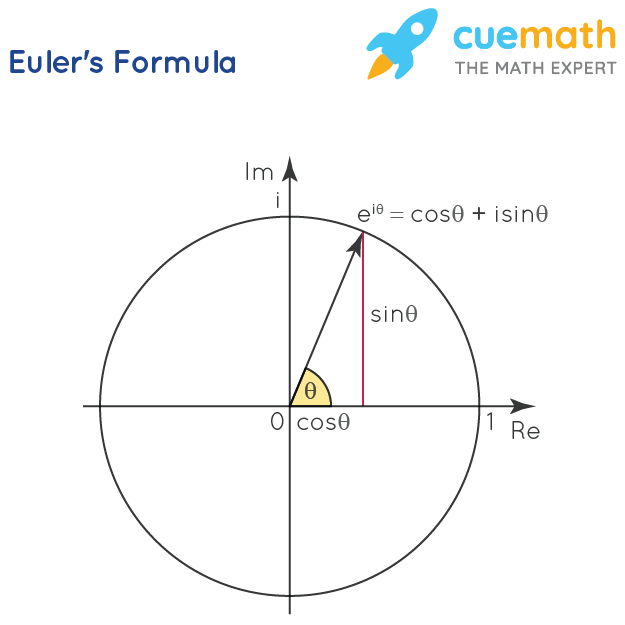 From the above formula, we have eix = cos x + isin x. This formula leads to an identity when x is replaced with π. Then we get

This is known as Euler's identity.

When we draw dots and lines alone, it becomes a graph. We obtain a planar graph when no lines or edges cross each other. We can represent a cube as a planar graph by projecting the vertices and edges onto a plane. According to Euler's formula graph theory, the number of dots − the number of lines + the number of regions the plane is cut into = 2.

Solution for the Utilities Problem

Euler's formula is proved using the utility problem: The three houses (H1, H2, and H3) are to be connected to the 3 utility gas (G), water (W), and electricity (E). They are to be connected in such a way that no pipe passes over the other pipe. To get a complete cycle with no intersection in any planar graph, we remove an edge to create a tree. This brings down both edges and faces by one, leaving vertices − edges + faces = a constant. We repeat this process until the remaining graph is a tree. Finally, we obtain vertices − edges + faces = 2, i.e. the Euler characteristic. Consider our utility graph and apply Euler's formula graph theory. 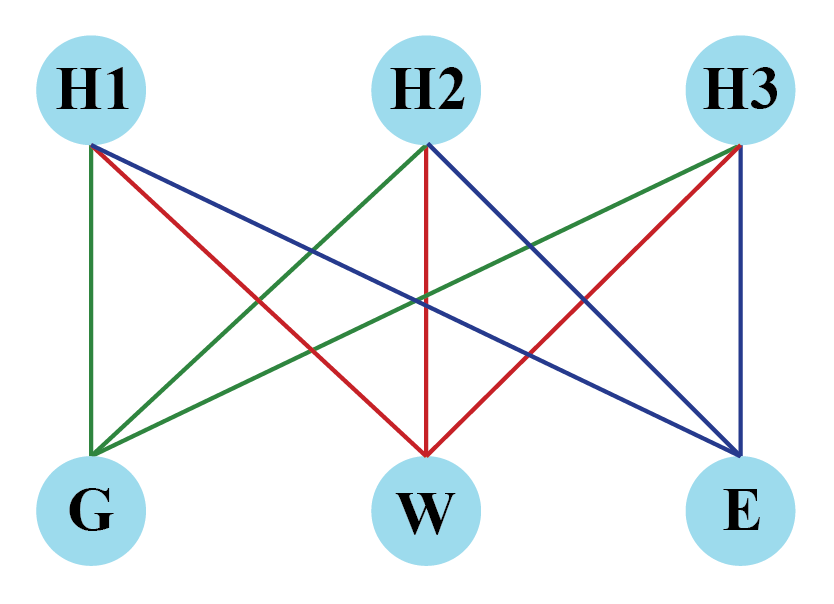 In order to prove that we can’t represent this graph in the form without any intersecting edges, we need to use Euler’s Formula graph theory on this. We find that there are 6 vertices and 9 edges. We need to verify Euler's formula and check for the number of faces.

If each of the 5 faces had 4 edges bounding them, we get the graph as below. 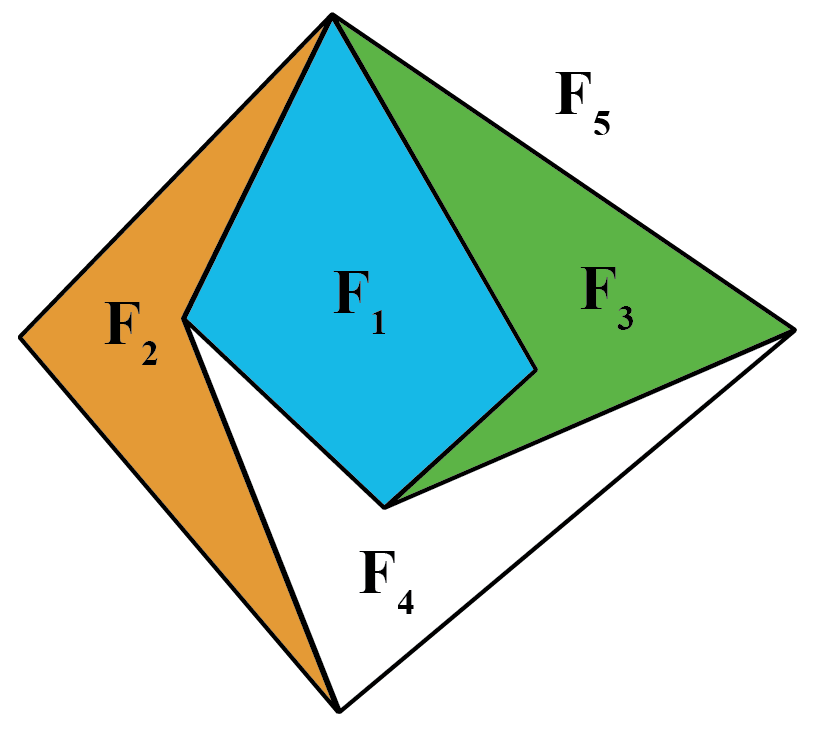 We notice that we need 10 edges. However, the problem has only 9 edges. By this contradiction, we obtain Euler's formula proof. This two-dimensional planar graph when inflated into a solid becomes an octahedron. An octahedron has 8 faces, 6 vertices, and 12 edges. Thus with the help of Euler's formula proof, it is impossible to make the utility connections.

What is Euler's Formula Used For?

F + V − E can equal 2 or 1 and have other values, so the more generic formula is F + V − E = X, where X is the Euler characteristic. We verify Euler's formula to study any three-dimensional space and not just polyhedra. Euler's graph theory proves that there are exactly 5 regular polyhedra. We can use Euler's formula calculator and verify if there is a simple polyhedron with 10 faces and 17 vertices. The prism, which has an octagon as its base, has 10 faces, but the number of vertices is 16.

Verification of Euler's Formula for Solids

Euler's formula examples include solid shapes and complex polyhedra. Let's verify the formula for a few simple polyhedra such as a square pyramid and a triangular prism.

Let's take a quick look at a couple of examples to understand Euler's formula, better.

Example 3: Jack knows that a polyhedron has 12 vertices and 30 edges. How can he find the number of faces?

Example 4: Sophia finds a pentagonal prism in the laboratory. What do you think the value of F + V − E is for it?

What is Euler’s Formula for Polyhedra?

For solid shapes, especially polyhedra, the sum of the faces and vertices will be 2 more than their edges. Faces + vertices = edges + 2. Another way of writing this is Faces + vertices - edges = 2. This is known as Euler's formula.

What is Euler’s Formula for the Cube?

What is Euler’s formula for Complex Numbers?

Euler’s formula for complex numbers is eiθ = icosθ + isinθ where i is an imaginary number. Many trigonometric identities are derived from this formula.

What is Euler's Number?

Euler's number or 'e', is an important constant, used across different branches of mathematics has a value of 2.71828.

What Is Euler's Formula Used For?

What Are the Limitations of Euler's Formula?

What Is the Purpose of Euler's Formula?

The purpose of Euler's formula in a polyhedron is to find the relationship between the number of vertices and edges. This further helps in solving problems related to this property.

What Does Euler's Formula Mean?

When talking in terms of complex numbers, Euler's formula states that an imaginary or exponential growth will trace out a circle.