An octahedron is a shape that is formed by joining by two pyramids at its bases. Once joined the shape converts to 8 faced, 12 edges, and 6 vertices. An octahedron is most commonly known as the regular octahedron i.e. when all the faces are of the same shape and size. But in most cases, it is not necessary that all faces have to be the same to be called an octahedron, with the same size also, the shape is still called octahedron. Let us learn more about the meaning, properties, area, and volume formulas of an octahedron.

The word octahedron is derived from the Greek word 'Oktaedron' which means 8 faced. An octahedron is a polyhedron with 8 faces, 12 edges, and 6 vertices and at each vertex 4 edges meet. It is one of the five platonic solids with faces that are shaped like an equilateral triangle. 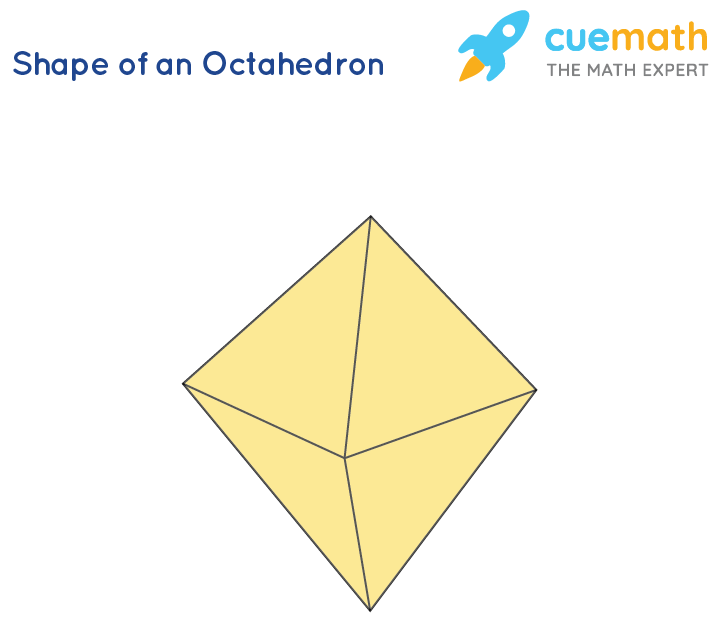 Properties of an Octahedron

Mentioned below are a few properties of an octahedron:

Surface Area of an Octahedron 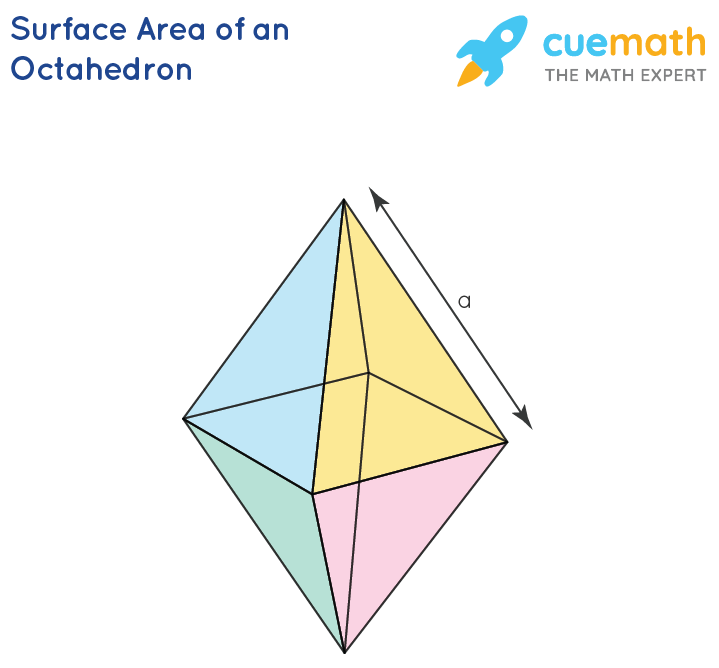 Volume of an Octahedron

The volume of the pyramid = (Base area × Height)/3

The base of the pyramid is a square, hence base area = a2 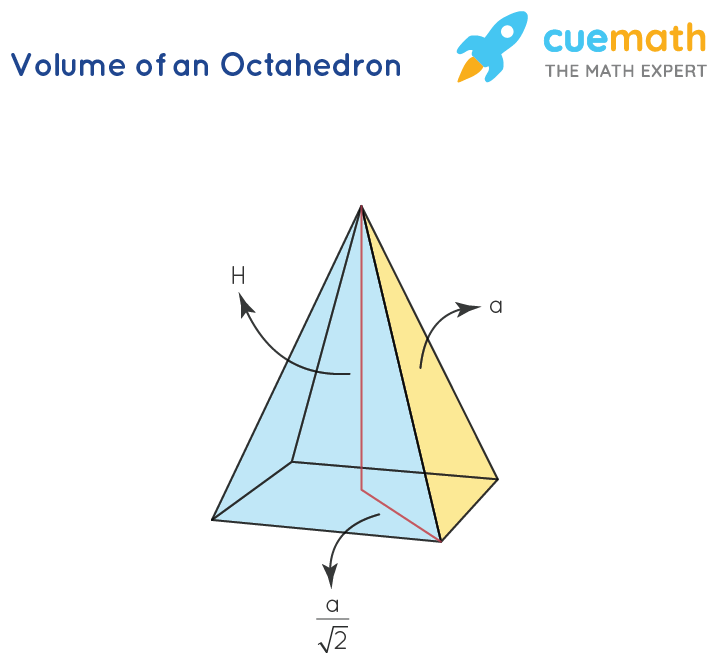 Listed below are a few interesting topics that are related to the concept of an octahedron. Let's have a look:

Is Octahedron a Prism?

No, an octahedron is not a prism. An octahedral prism is made of two octahedra that are connected to each other via 8 triangular prisms.

Is Octahedron a Pyramid?

Octahedron is a 3-dimensional geometric shape that is developed by joining the bases of 2 pyramids making it into a shape with 8 faced, 12 edges, and 6 vertices. The triangular pyramids can be considered as the faces of the octahedron.

How many Vertices does an Octahedron have?

An octahedron has 6 vertices out of which four vertices are there on the square base, 1 vertex on the top, and 1 at the bottom.

Does an Octahedron have Hexagonal Faces?

What is a Regular Octahedron?

A regular octahedron has all equilateral triangular faces of equal length. It is a rectified version of a tetrahedron and is considered the dual polyhedron of a cube. In a regular octahedron, all faces are the same size and shape. It is formed by joining 2 equally sized pyramids at their base.

What are the Different Parts of an Octahedron?

An octahedron is made of different parts such as: