Geometry is a very organized and logical subject. The guiding light for solving Geometric problems is Definitions, Geometry Postulates, and Geometry Theorems. So before moving onto the geometry theorems list, let us discuss these to aid in geometry postulates and theorems list.

Definitions are what we use for explaining things.

Or did you know that an angle is framed by two non-parallel rays that meet at a point?

This is what is called an explanation of Geometry. 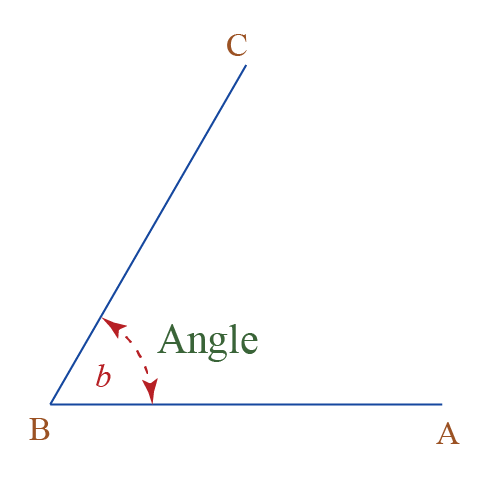 Geometry Postulates are something that can not be argued. It’s like set in stone.
Example: - For 2 points only 1 line may exist. It is the postulate as it the only way it can happen. Or when 2 lines intersect a point is formed.

We can also say Postulate is a common-sense answer to a simple question.

For example: If I say two lines intersect to form a 90° angle, then all four angles in the intersection are 90° each.

In maths, the smallest figure which can be drawn having no area is called a point.

A line having one endpoint but can be extended infinitely in other directions.

A line having two endpoints is called a line segment.

Now let’s discuss the Pair of lines and what figures can we get in different conditions.

Two rays emerging from a single point makes an angle. 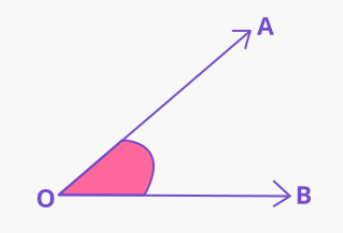 When two or more than two rays emerge from a single point. Then the angles made by such rays are called linear pairs. 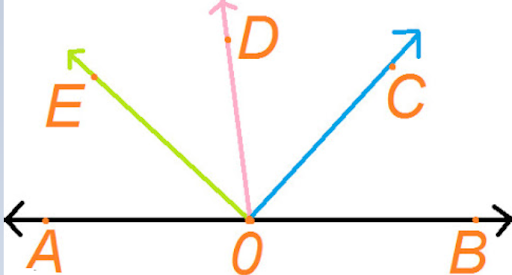 When the perpendicular distance between the two lines is the same then we say the lines are parallel to each other.

If there are two lines crossing from one particular point then the opposite angles made in such a condition are equals. 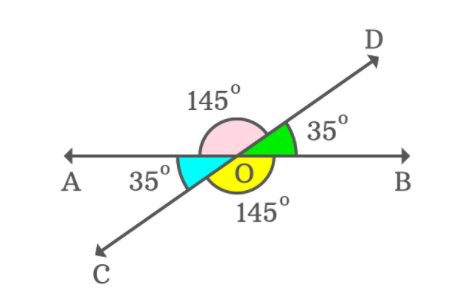 Now that we are familiar with these basic terms, we can move onto the various geometry theorems. To make it easier to connect and hence apply, we have categorized them according to the shape the geometry theorems apply to.

The relation between the angles that are formed by two lines is illustrated by the geometry theorems called “Angle theorems”. Some of the important angle theorems involved in angles are as follows:

When two parallel lines are cut by a transversal then resulting alternate exterior angles are congruent. 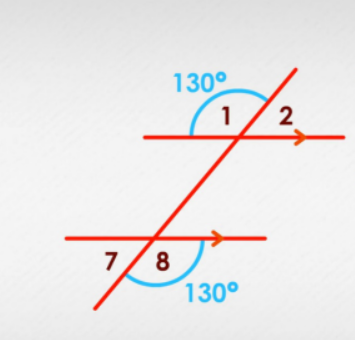 The alternate exterior angles have the same degree measures because the lines are parallel to each other.

When two parallel lines are cut by a transversal then resulting alternate interior angles are congruent. 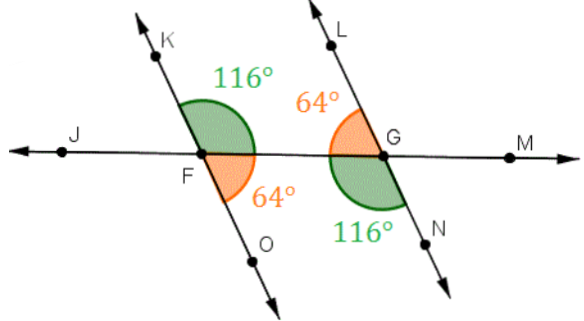 The alternate interior angles have the same degree measures because the lines are parallel to each other.

One way to find the alternate interior angles is to draw a zig-zag line on the diagram.

If two angles are both supplement and congruent then they are right angles.

If two parallel lines are cut by a transversal, then the interior angles on the same side of the transversal are supplementary. 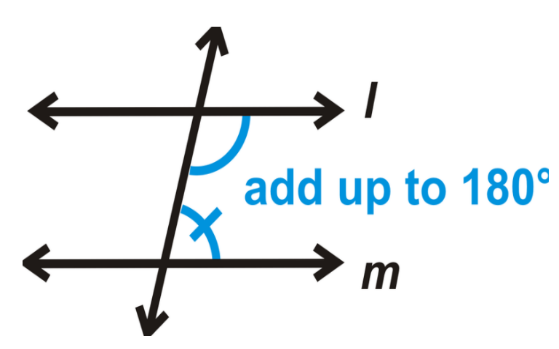 Angles that are opposite to each other and are formed by two intersecting lines are congruent.

Now let us move onto geometry theorems which apply on triangles.

Though there are many Geometry Theorems on Triangles but Let us see some basic geometry theorems.

In any triangle, the sum of the three interior angles is 180°.

If a side of the triangle is produced, the exterior angle so formed is equal to the sum of corresponding interior opposite angles.

The base angles of an isosceles triangle are congruent.

Suppose a triangle XYZ is an isosceles triangle, such that;

XY = XZ [Two sides of the triangle are equal]

Theorem 3: If a line is drawn parallel to one side of a triangle to intersect the midpoints of the other two sides, then the two sides are divided in the same ratio.

XYZ is a triangle and L M is a line parallel to Y Z such that it intersects XY at l and XZ at M.

Hence, as per the theorem:

If a line divides any two sides of a triangle in the same ratio, then the line is parallel to the third side.

Suppose XYZ is a triangle and a line L M divides the two sides of triangle XY and XZ in the same ratio, such that;

Then as per the theorem,

Circle theorems helps to prove the relation of different elements of the circle like tangents, angles, chord, radius, and sectors. Or we can say circles have a number of different angle properties, these are described as circle theorems.

Angles in the same segment and on the same chord are always equal.

A line drawn from the center of a circle to the mid-point of a chord is perpendicular to the chord at 90°.

The angle between the tangent and the side of the triangle is equal to the interior opposite angle.

The angle in a semi-circle is always 90°.

Tangents from a common point (A) to a circle are always equal in length. AB=BC

The angle between the tangent and the radius is always 90°

In a cyclic quadrilateral, all vertices lie on the circumference of the circle. Opposites angles add up to 180°.

Proceed to the discussion on geometry theorems dealing with paralellograms or parallelogram theorems.

A parallelogram is a quadrilateral with both pairs of opposite sides parallel.

Let’s now understand some of the parallelogram theorems.

In Geometry, you learn many theorems which are concerned with points, lines, triangles, circles, parallelograms, and other figures. Geometry Theorems are important because they introduce new proof techniques.

You must have heard your teacher saying that Geometry Theorems are very important but have you ever wondered why? We leave you with this thought here to find out more until you read more on proofs explaining these theorems. Proving the geometry theorems list including all the angle theorems, triangle theorems, circle theorems and parallelogram theorems can be done with the help of proper figures.

Which of the following states the pythagorean theorem?

The Pythagorean theorem consists of a formula a^2+b^2=c^2 which is used to figure out the value of (mostly) the hypotenuse in a right triangle. The a and b are the 2 "non-hypotenuse" sides of the triangle (Opposite and Adjacent).

What is the vertical angles theorem?

Angles that are opposite to each other and are formed by two intersecting lines are congruent.