"You sight the player advancing towards the goal, clearly trying to score. But the goalkeeper doesn't stand his ground. He runs towards the player instead of staying on the post.

Why would he do that?"

Football is often referred to as “O jogo bonito”, Portuguese for ‘The beautiful game’–  a nickname popularized by the Brazilian great, Pelé. And rightly so.

Just like any other beautiful movement, it requires rhythm, coordination, and balance. And at the same time, it also requires skill. However, just being a master at tackling, shooting or goalkeeping does not necessarily make you a great player. Some of the best football players on the field today are also terrific mathematicians, who use maths in football. The instinctive understanding of the concepts of geometry, speed-distance-time, calculus which they utilize isn't determined by the ability to solve equations on a blackboard. And this application itself gives them the edge over other players.

How is math used in football? World cup math-PDF

Ever wondered how football strategy includes maths? Here, delve into how math is used in football with interesting concepts like, how to hit a chip shot? and what is tika taka. Here is a downloadable PDF to explore more.

So, how is math used in soccer?

Here’s the maths in football, the reason behind some of the most common goal and defense football strategy, which lends a method to the madness in this beautiful game.

A great example of real-time use of geometry to create space and beat defenders is the ‘tiki taka’. This is a systematic approach to football founded upon team unity and a comprehensive understanding in the geometry of space on a football field.

How do players perform Tiki Taka?

The football players try to form triangles all around the pitch to maintain the ball possession, making it difficult for the opponent to obtain the ball and organize their game. Tiki-taka has proven to be very successful as a football strategy.

Eyes on the prize. Goal keeper's one on one

One of the best examples where football and math go hand in hand is distracting a striker. The goal is to create a larger obstruction to reduce the space available to score, hence lowering the probability of a goal.

Often when a striker is in a one-on-one situation with the goalkeeper, the latter charges towards the striker rapidly to close the space thereby reducing the angle and space available to strike the ball. This is another successful ideology of mathematical football.

How to hit a chip shot?

One of the most beautiful moves in football is chipping a charging goalkeeper. As the space reduces, the cool minded striker notices the increase in space to score. A 3-dimensional view allows the striker to kick over the charging goalkeeper’s head, and into the goalpost. The chip shot, which is quite a player and fan favorite among players, doesn’t require power, rather a deft touch that follows a perfect parabola into the net.

Knowing the enemy! Save thy penalties

Teams these days are aware of the past penalties taken by players. Most players follow a pattern in their penalty shots and this analysis of the previous shots puts the keeper in a much better situation to predict the next shot.

Goal Posts: To go square or to go round?

This invariably meant that most of the shots that hit the posts, came out instead of going in which brought unnecessary disappointment to the teams.

While football maths was initially used for strategizing the buying and the selling of players, it is now integrated to what it can also do on the tactical analysis of the game. 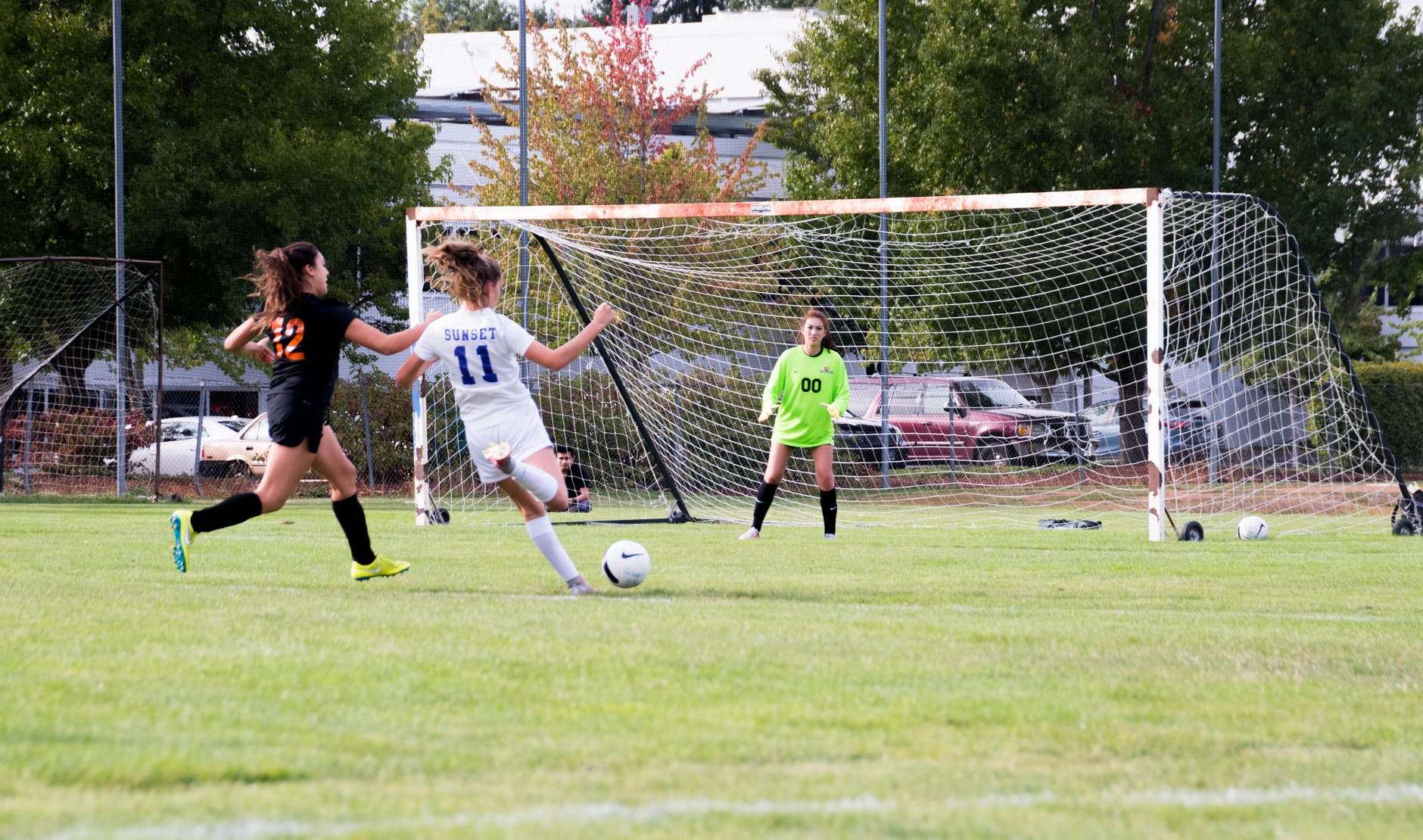 Believe it or not, almost every football team today has a team of mathematicians or statisticians who help the coach define football strategies based on data. A huge amount of data is collected and analyzed to understand opposing teams game-play, strengths and weaknesses of players to define tactics

For example, if Barcelona’s Messi and Iniesta pass the ball 300 times to each other on average, what kind of advantage can the opposition gain by reducing their total number of passes to 100?

One very obvious example of mathematical football is the shape of the football or soccer ball itself. The most familiar spherical polyhedron is the soccer ball, thought of as a spherical truncated icosahedron. 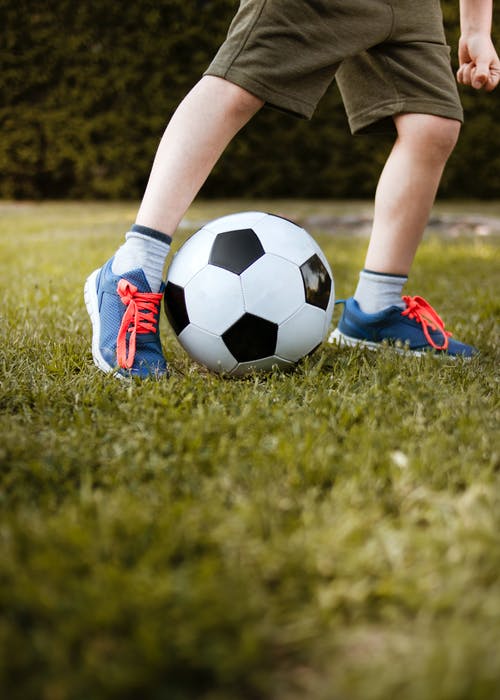 What does soccer ball tessellation mean?

The football is made of white hexagon shapes and black pentagon shapes as seen from the image, this is an example of a tessellation figure.

Football is not just a game but a passion that unites millions of people across the globe. But within this craze are people who truly wish to understand the game beyond the visuals and players involved. For them, understanding the math behind it is vital.

A famous mathematician and Arsenal fan, Professor Marcus Du Sautoy, once said, “Those players who intuitively have a good sense of geometry and calculus, they’re the ones who will have the edge.”

And it's true, you can notice how the players interact and react within the field using any football strategy and that is enough to realize that there is plenty of evidence to prove the existence of maths in football.

Cuemath, a student-friendly mathematics platform, conducts regular Online Live Classes for academics and skill-development and their Mental Math App, on both iOS and Android, is a one-stop solution for kids to develop multiple skills

What is tiki taka?

In the tiki taka football strategy, the football players try to form triangles all around the pitch to maintain the ball possession, making it difficult for the opponent to obtain the ball and organize their game.

Why do soccer players do well in math?

Some of the best football players on the field today are also terrific mathematicians, who use maths in football. The instinctive understanding of the concepts of geometry, speed-distance-time, calculus which they utilize isn't determined by the ability to solve equations on a blackboard. And this application itself, gives them the edge over other players.