What is a line?

A line is a single-dimensional or one-dimensional figure, with no thickness, and extends in both directions infinitely. Usually, it is called a straight line just to emphasize that there are no curves anywhere in it. 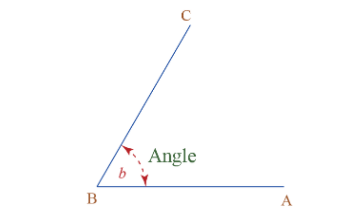 Other Definitions included as part of the lines are listed below for immediate reference.

Note: The lengths of the common perpendicular at different points on these parallel lines are the same. This equal length is called the distance between two parallel lines.

Introduction to Lines and Angles-PDF

A line is a single-dimensional or one-dimensional figure, with no thickness, and extends in both directions infinitely. Let us read more about Lines and Angles. Here is a downloadable PDF to explore more.

An angle is a space or the gap formed between two lines that meet at a point and the meeting point is called the Vertex. The two lines originating from the same point are called the arms of the angle.

The Angles are classified into different types such as Acute angle, Right angle, Obtuse angle, Straight angle, Reflex angle, and Full angle. These angles are explained in the table given below along with images showing different angles. 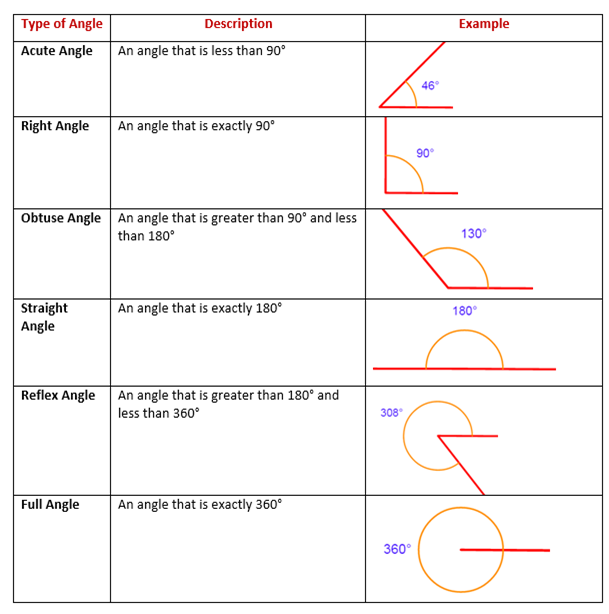 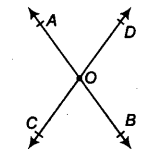 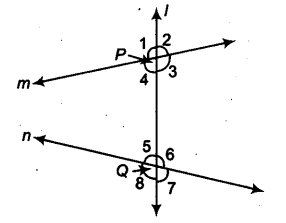 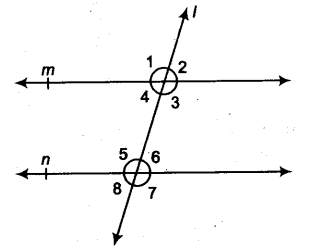 (ii) If a transversal intersects two lines such that a pair of corresponding angles are equal, then the two lines are parallel to each other.

(iii) If a transversal intersects two parallel lines, then each pair of alternate interior angles is equal. i.e., ∠4 = ∠6 and ∠3 = ∠5

(iv) If a transversal intersects two lines such that a pair of alternate interior angles are equal, then the two lines are parallel.

(vi) If a transversal intersects two lines such that a pair of interior angles on the same side of the transversal is supplementary, then the two lines are parallel. 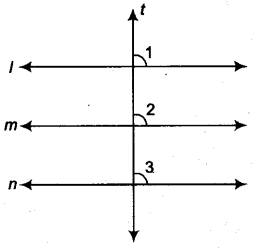 Angles Sum Property of a Triangle 2. If a side of a triangle is produced, then the exterior angle, formed is equal to the sum of the two interior opposite angles. 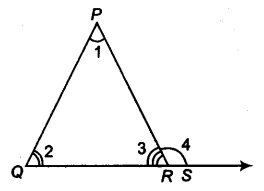 Note: An exterior angle of a triangle is greater than either of its interior opposite angles.

Some examples of Angles in daily life. 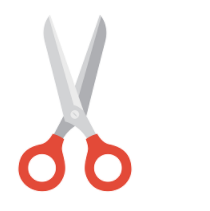 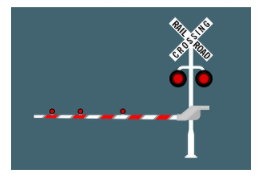 Answer: We know that the sum of the angles of a triangle is 180°.
Here in the question, we are provided with the ratio of the three angles. If we take the value as “x” the ratio becomes, 2x:3x:4x.

Since all the three angles are different and as per the given options, the correct answer to this question is (C).

Question 2: In the given figure, find the value of ∠EOD. 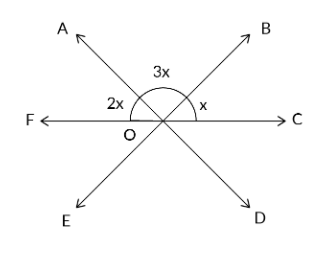 Answer: FC is a straight line. Therefore the sum of all the angles on either side of the straight line is equal to 180°.

Question 3: In the given figure, if CE∥BA, then the value of ∠ACB is 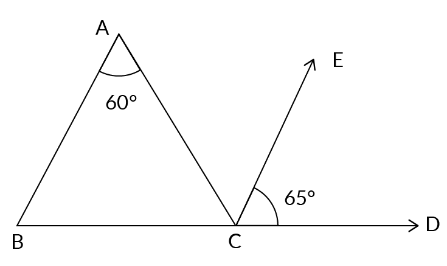 Answer:
Given: CE is parallel to BA
Since CE II BA, BD has become the transversal.

By the angle sum property, the sum of three angles of a triangle = 180°

Here in the △ABC
\(∠ABC + ∠BAC + ∠ACD = 180°\)
Substituting the values of ∠ABC and ∠BAC in the above equation, we could find the value of ∠ACD at 55°.  The correct answer is option B.

Question 4: The angles which differ by 38° and are complementary to each other, are 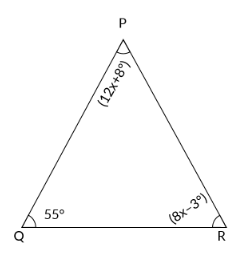 Question 1: In the given figure, if OCD is an isosceles triangle in which OD and OC are equal, then what will be the value of ∠OCD? 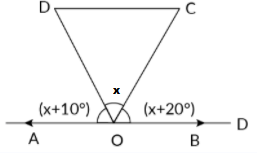 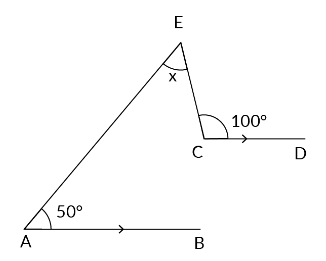 Answer: Given AB II CD, extending the line CD to meet the line AE at F, as shown in the below figure. 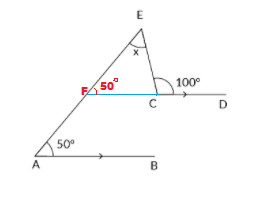 For more details you can refer to the blogs from the below links:

What are the 5 types of angles?

What is an angle in math?