Not everyone is a master at juggling numbers, but the subject isn't as complicated as it seems if you make use of simple maths tricks that will make solving any math problem a piece of cake!

To understand maths easily, the subject can be seen as a game of building blocks stacked on one another — the base must have a strong foundation to move into more complex concepts and tough applications.

A lot of students, as well as a lot of parents, are intimidated by math problems, especially if they involve large numbers and complicated calculations.

Math tricks help you learn techniques on how to solve questions quickly and can help students develop greater confidence in math, improve math skills and understanding.

15 Math Tricks that will Blow your Mind-PDF

Here are some simple math tricks that can help you perform calculations more quickly and easily. Math tricks help you learn techniques on how to solve questions quickly and can help students develop greater confidence in math. Here is a downloadable PDF to explore more. 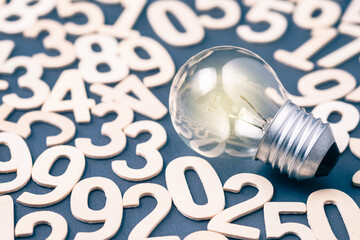 It is also important to consider how the concepts of maths are interconnected. What you learn about multiplication can be applied to division, which also applies to factors and multiples, which can be used to understand fractions. Mathematics tricks help find such connections between concepts and help you speed up calculations.

Maths tricks, when learned at an early age works like magic and helps students excel at academics as well as advanced courses opening up an array of opportunities for the future.

If you multiply 6 by an even number, the answer will end with the same digit. The number in the ten's place will be half of the number in the one's place.This ploy works effortlessly and students can add it to their collection of maths magic tricks!

Think of a number.
Multiply it by 3.
Add 6.
Divide this number by 3.
Subtract the number from Step 1 from the answer in Step 4.
The answer is 2.

This is probably the most fun tricks in maths -to remember the first seven digits of pi, count the number of letters in each word of the sentence:
"How I wish I could calculate pi."
This becomes 3.141592.

8. Multiply Large Numbers in Your Head

Another math magic tricks and methods to apply to easily multiply two double-digit numbers, is to use their distance from 100 to simplify the math:
Subtract each number from 100.
Add these values together.
100 minus this number is the first part of the answer.
Multiply the digits from Step 1 to get the second part of the answer.

Everyone knows you can count on your fingers. Did you realize you can use them for multiplication? A simple maths magic trick to do the "9" multiplication table is to place both hands in front of you with fingers and thumbs extended. To multiply 9 by a number, fold down that number finger, counting from the left.

To multiply 9 by 5, fold down the fifth finger from the left. Count fingers on either side of the "fold" to get the answer. In this case, the answer is 45.

To multiply 9 times 6, fold down the sixth finger, giving an answer of 54.

When multiplying the number 5 by an even number, there is a quick way to find the answer.

When multiplying an odd number times 5, the formula is a bit different.
For instance, consider 5 x 3.
Step 1: Subtract one from the number being multiplied by 5, in this instance the number 3 becomes the number 2.
Step 2: Now halve the number 2, which makes it the number 1. Make 5 the last digit. The number produced is 15, which is the answer.
5 x 3 = 15

When multiplying large numbers, if one of the numbers is even, divide the first number in half, and then double the second number. This method will solve the problem quickly.

Mathematics tricks are a great way to make math fun! Your child will be able to do complex calculations without the aid of a calculator using their mental capabilities.

With regular practice, students will quickly get a hang of these mental math tricks to do speed math. Math tricks are extremely educative and will make your children extremely confident with numbers like never before!

Cuemath, a student-friendly mathematics and coding platform, conducts regular Online Classes for academics and skill-development, and their Mental Math App, on both iOS and Android, is a one-stop solution for kids to develop multiple skills.Understand the Cuemath Fee structure and sign up for a free trial.