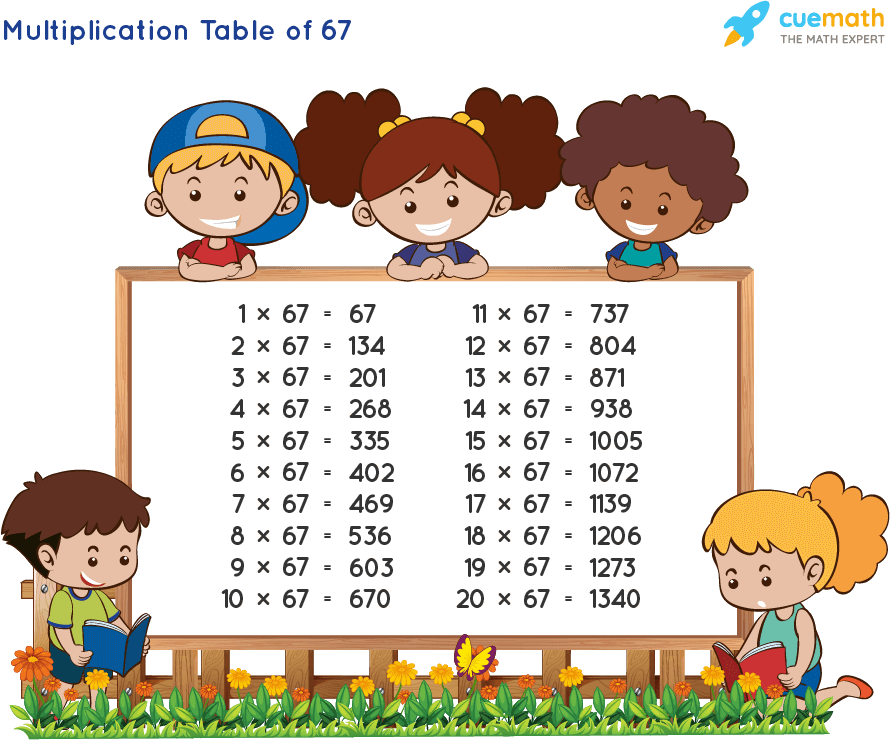 Table of 67 up to 20 is provided below. Learning the table of 67 helps children to gain a deeper understanding of multiplication, which is helpful in the long run.

FAQs on Tables of 67