64 in Binary
Go back to  'Number Systems'

In this mini-lesson, we will learn how to convert 64 to binary by understanding the rules for converting numbers from decimals to binary and how to apply them while solving problems. We will also discover interesting facts around them.

Humans can communicate with each other by means of languages.

Americans communicate with each other in English, French people talk in French, while Indians have their conversations in Hindi or English.

But have you ever thought of how two machines talk to each other?

Or how humans communicate with machines? Machines can only understand one language, i.e., binary language.

Machines convert every form of inputs from the user to binary language and then perform the required task.

For example, if you write "Hello World" on your keyboard, your computer first converts this into a binary language and then displays your text on the screen. 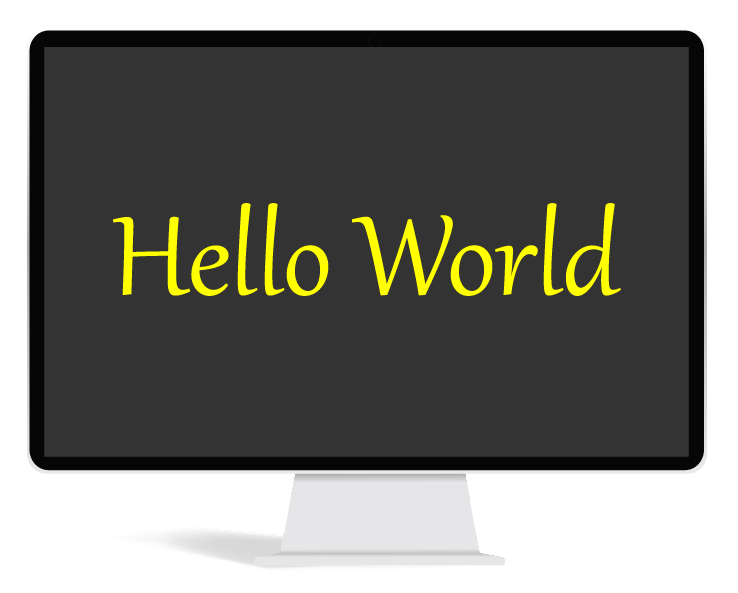 The binary language contains only two numbers, 0 and 1

These numbers 0 and 1 are called bits.

Let us find an answer to the question "what is 64 in binary" on this page.

What Is Meant by 64 In Binary?

If someone asks you to write the number 64, you simply write it like this – 64

But what if you are asked to write 64 in decimal form?

How to Convert 64 From Decimal to Binary?

Let us look at the steps showing the conversion of 64 from decimal to binary.

Step 2:- Divide the given number 64 by the base (2) and note down the quotient and the remainder in the “quotient-remainder” form. 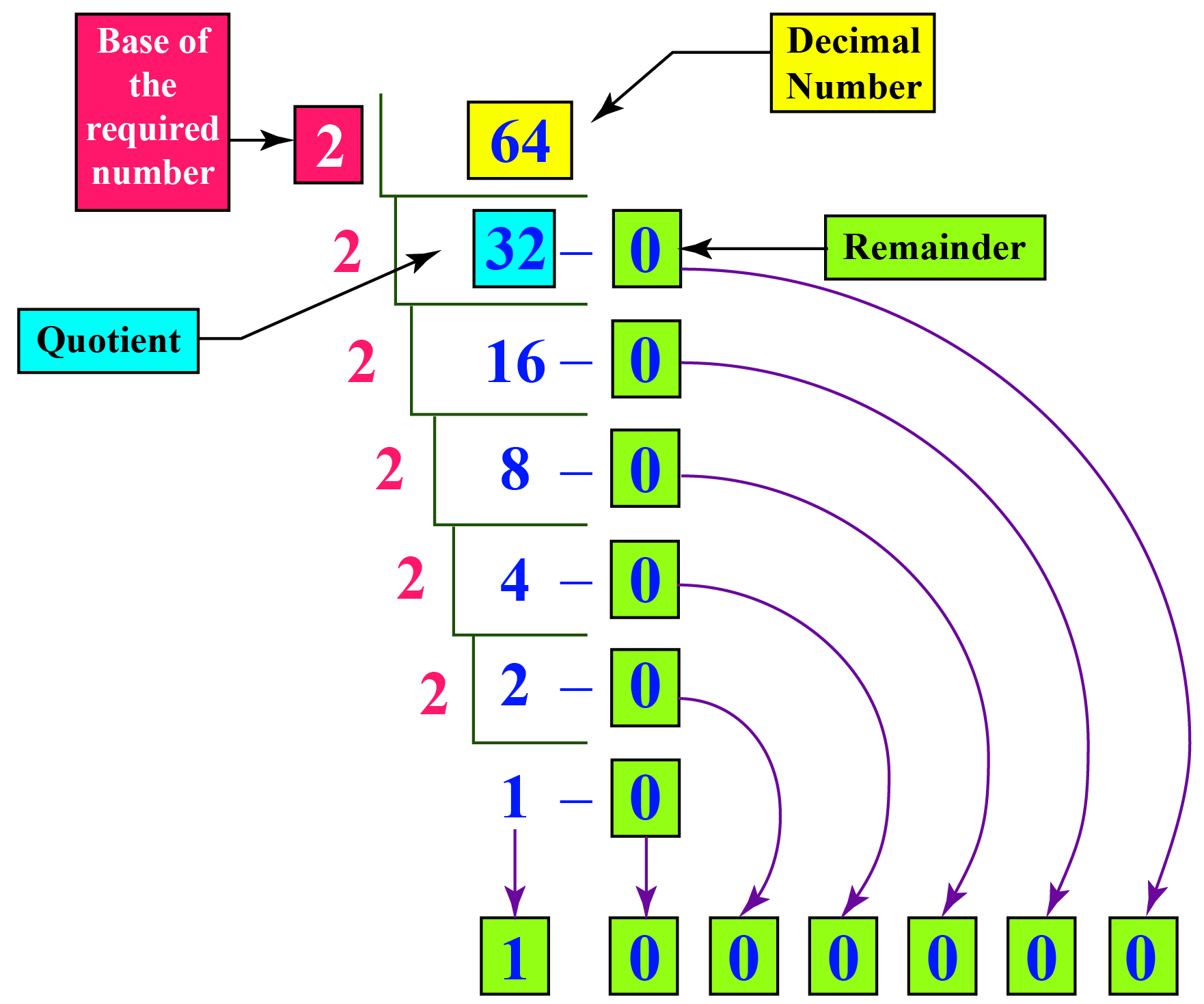 Convert 64 from Binary to Decimal

Step 1: Identify the base of the given number.

Step 2: Multiply each digit of the given number, starting from the rightmost digit, with the exponents of the base.

The exponents should start with \(0\) and increase by \(1\) every time we move from right to left. 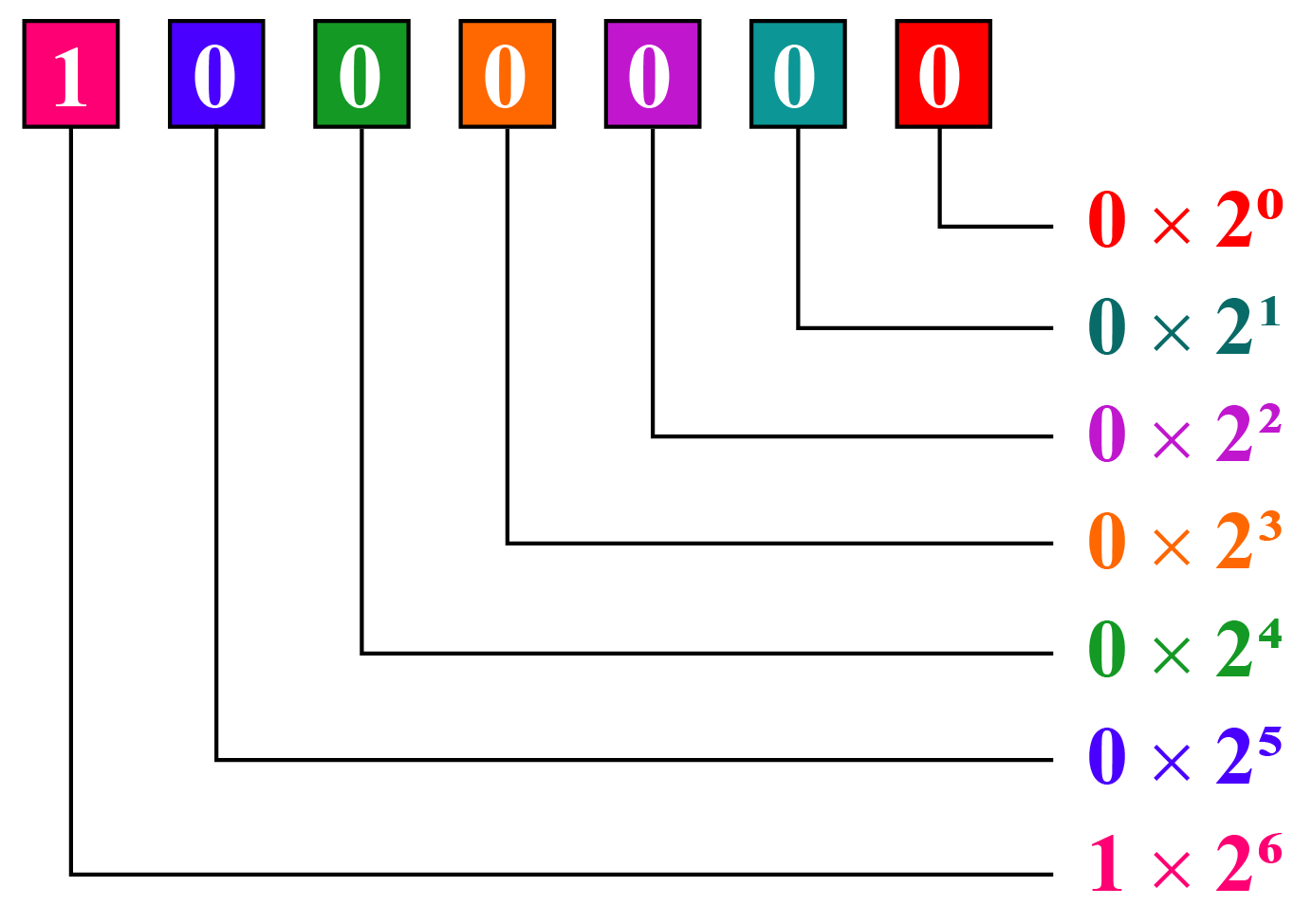 Step 3: We just simplify each of the above products and add them. 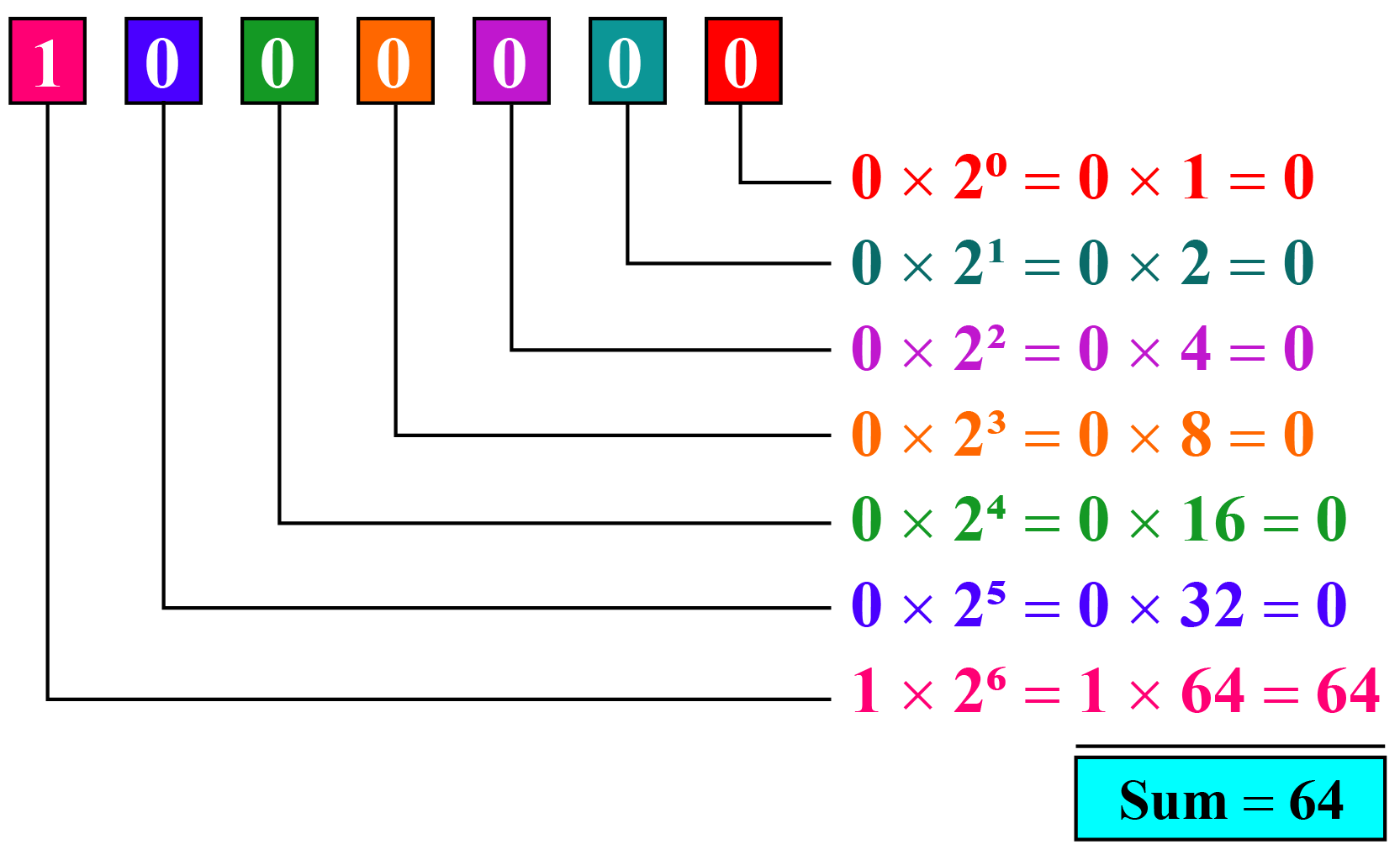 Here, the sum is the equivalent number in the decimal number system of the given number.

Mathew is trying to convert twice the number 64 from decimal to binary. What process should he use? 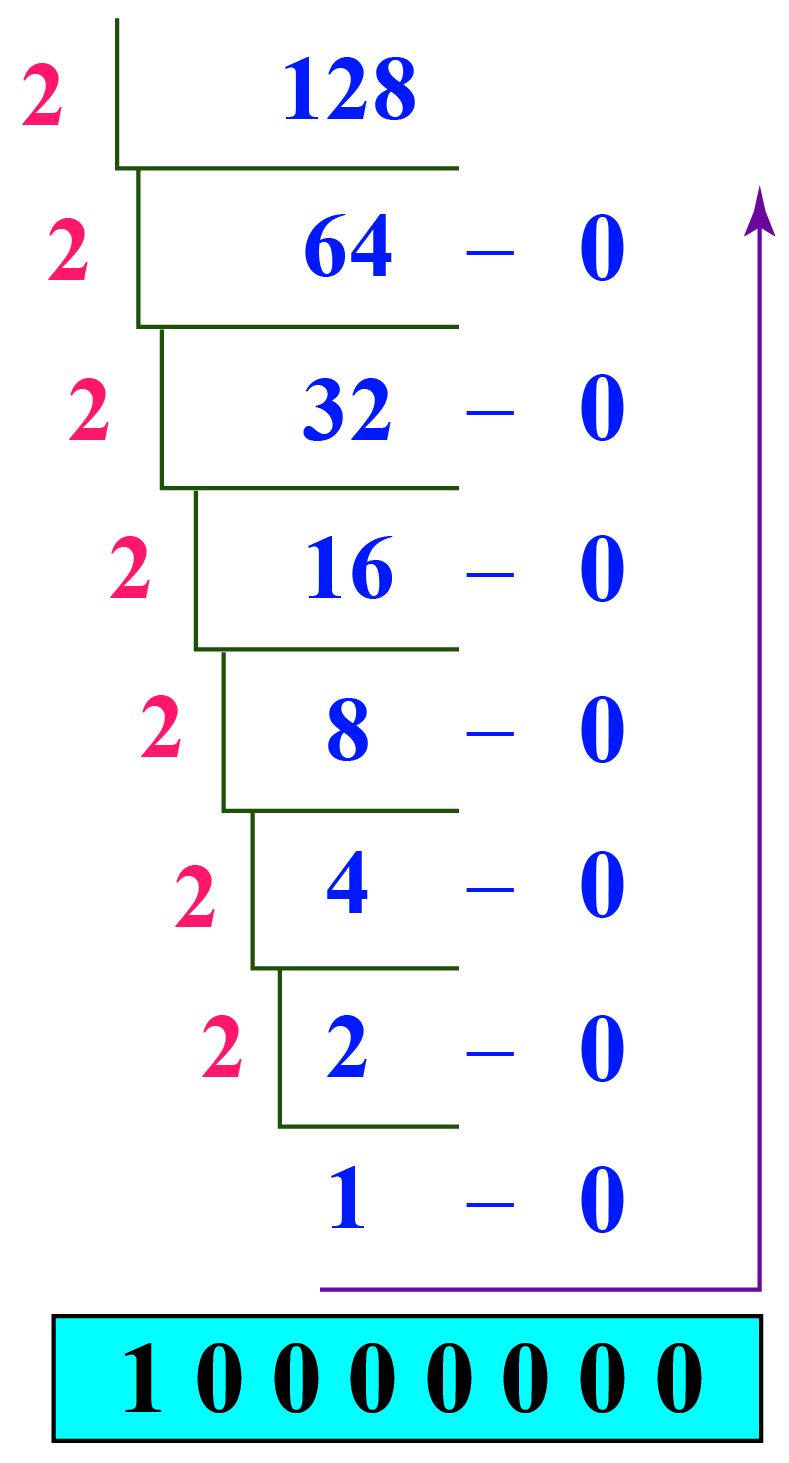 Ron needs to multiply each digit of the given number, starting from the rightmost digit, with the exponents of the base.

The exponents should start with \(0\) and increase by \(1\) every time as we move from right to left. 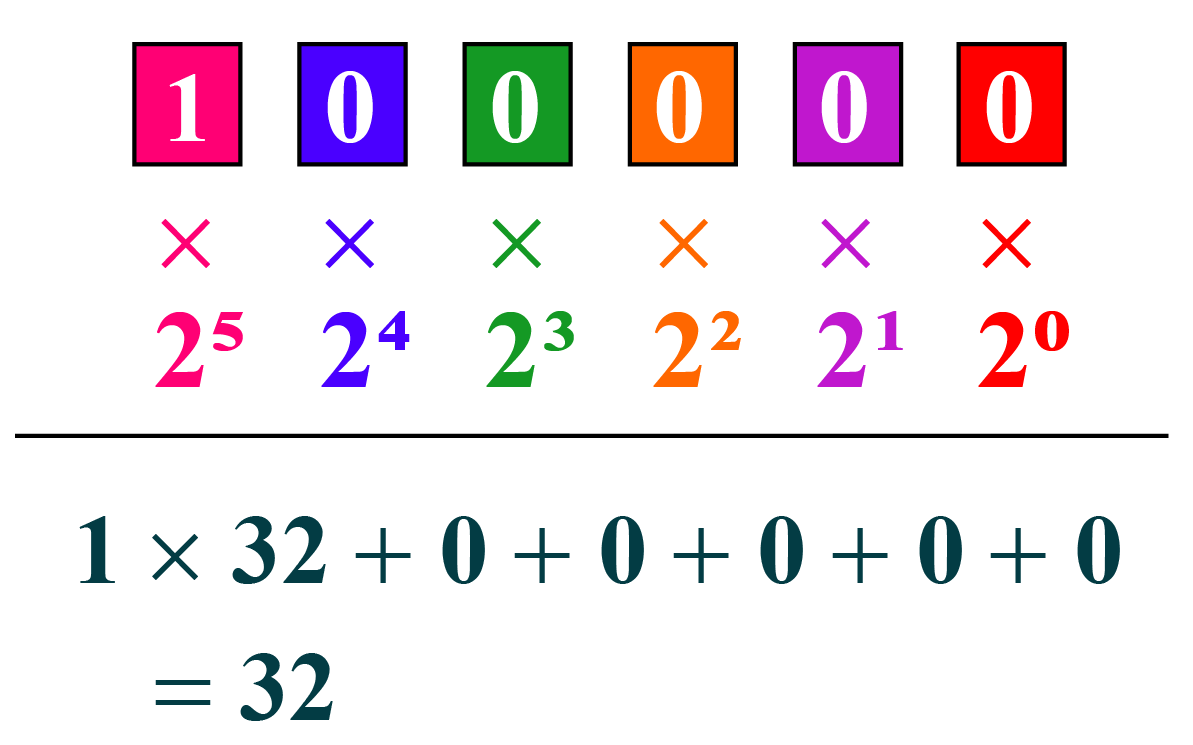 The mini-lesson targeted the fascinating concept of 64 in binary. The math journey around 64 in binary starts with what a student already knows, and goes on to creatively crafting a fresh concept in the young minds. Done in a way that is not only relatable and easy to grasp but will also stay with them forever. Here lies the magic with Cuemath.

At Cuemath, our team of math experts is dedicated to making learning fun for our favorite readers, the students!
Through an interactive and engaging learning-teaching-learning approach, the teachers explore all angles of a topic.
Be it worksheets, online classes, doubt sessions, or any other form of relation, it’s the logical thinking and smart learning approach that we, at Cuemath, believe in.