What Is a Cartesian Coordinate Plane?

A cartesian coordinate plane is a system of two perpendicular number lines on which we locate points. The horizontal line is called the x-axis.

The vertical line is called the y-axis.

The intersection point of these two axes is called origin and is represented by \(O\).

The axes split through the origin, which is marked as 0 on the graph.

The side on the right of 0 is positive, while everything on the left is negative.

It represents a 2-dimensional (2D) plane.

A cartesian coordinate plane can have infinite points on it, but each point has its own unique coordinates. 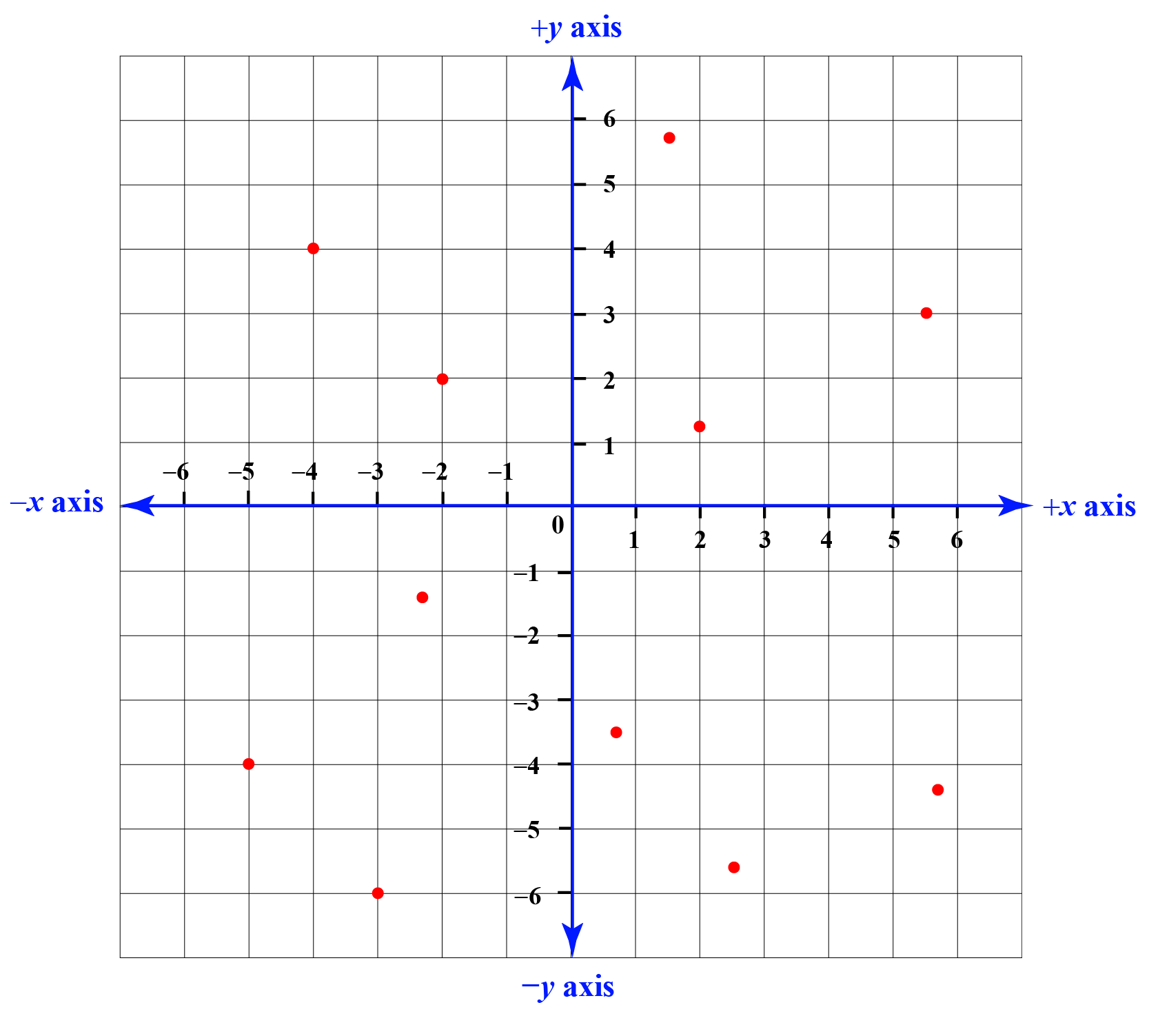 Cartesian Coordinate on a Plane

How will you locate the coordinates of a point on a plane?

How will you find the coordinates by looking at a point?

We will find answers to these two questions in this section.

Consider a point \(P\) on the coordinate plane. 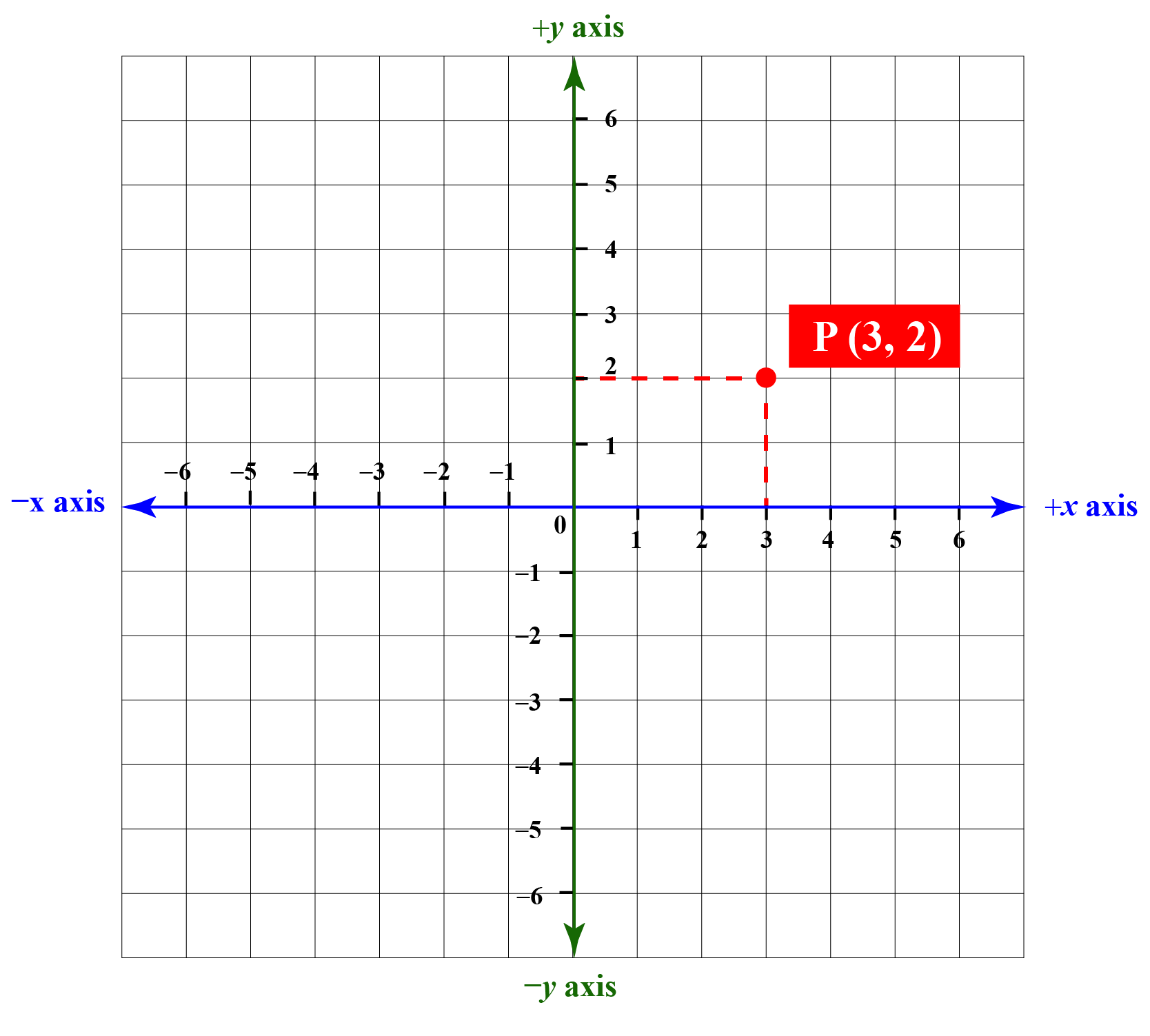 There are two numbers written within the brackets.

The coordinates of point \(P\) are: Use the simulation given below to observe how the coordinates change when the point is moved across the graph.

The two axes x-axis and y-axis divide the graph into four parts.

These four parts are known as coordinate plane quadrants or we can simply call them quadrants. 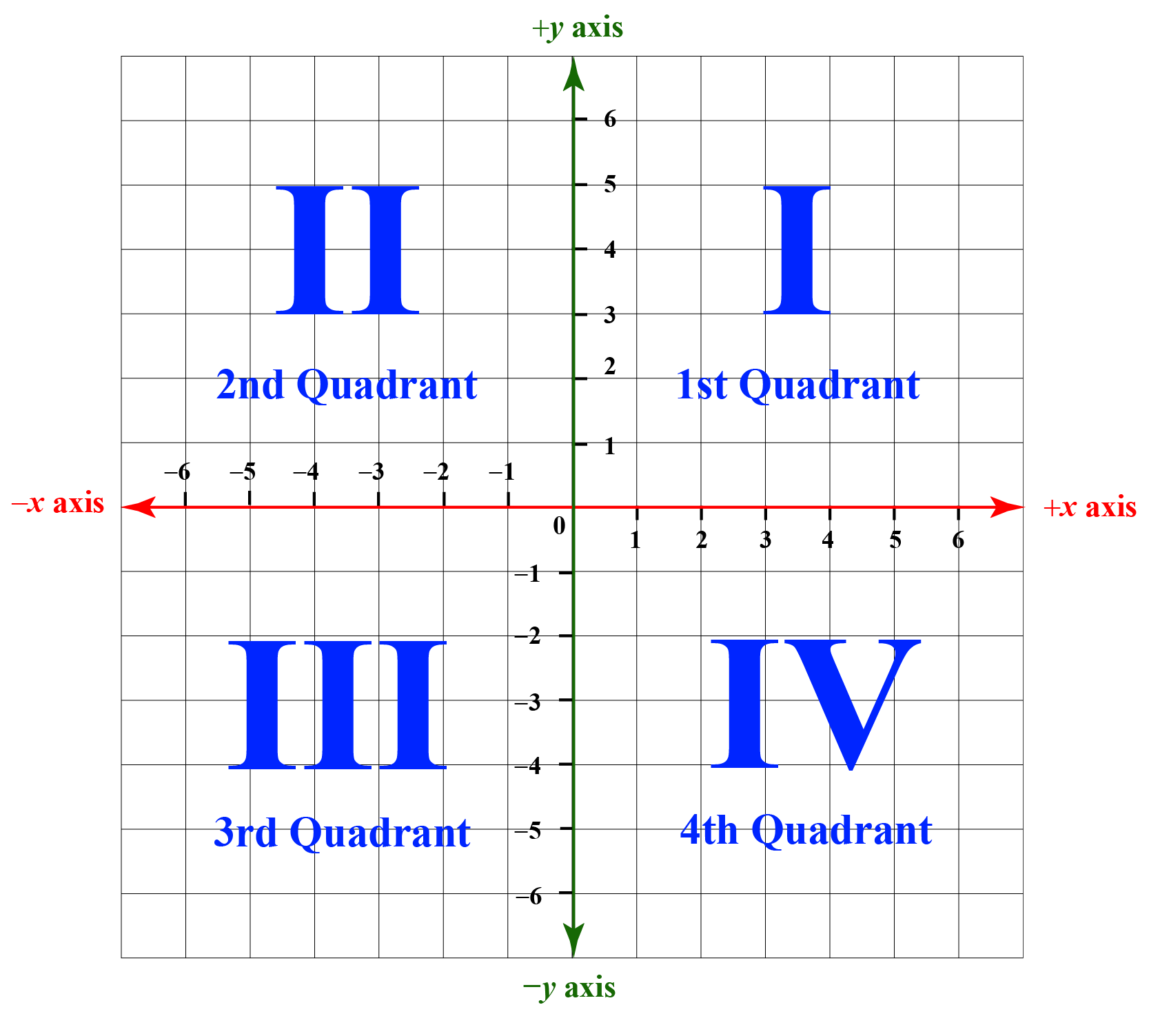 If we divide the points into the four quadrants, then the sign of the points will vary according to the quadrant in which it lies.

Let’s see how to identify this. 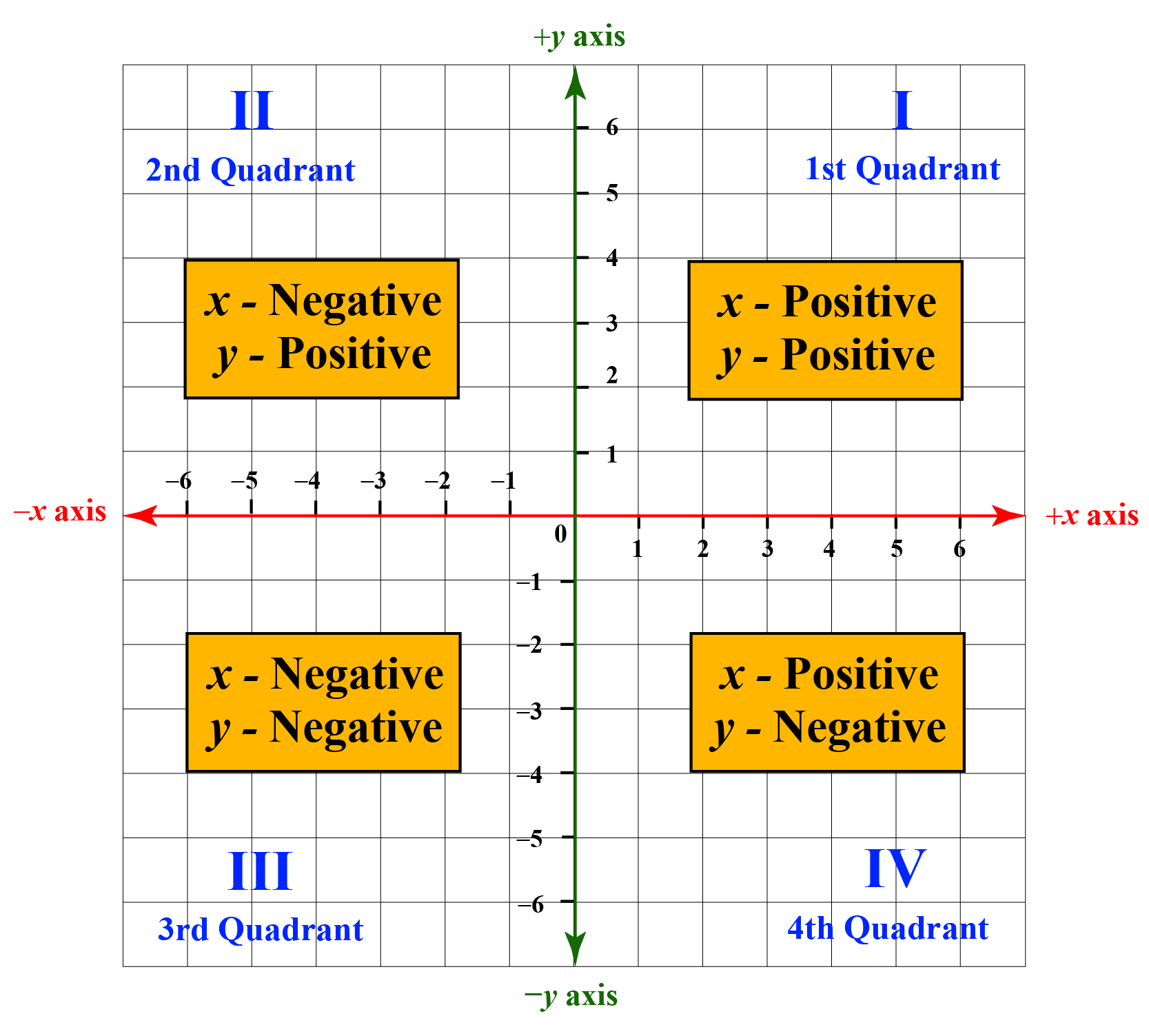 Let's recall the scenario we introduced in the beginning about John going to visit his friend, Chris.

John arrives at the building by following the location coordinates.

But he is not sure about the floor on which Chris's apartment is.

Chris informs John his floor number, so John is finally able to reach his apartment.

This scenario is similar to how we deal with coordinate geometry in real life which is a three-dimensional world.

We need another axis.

The third axis is known as z-axis. 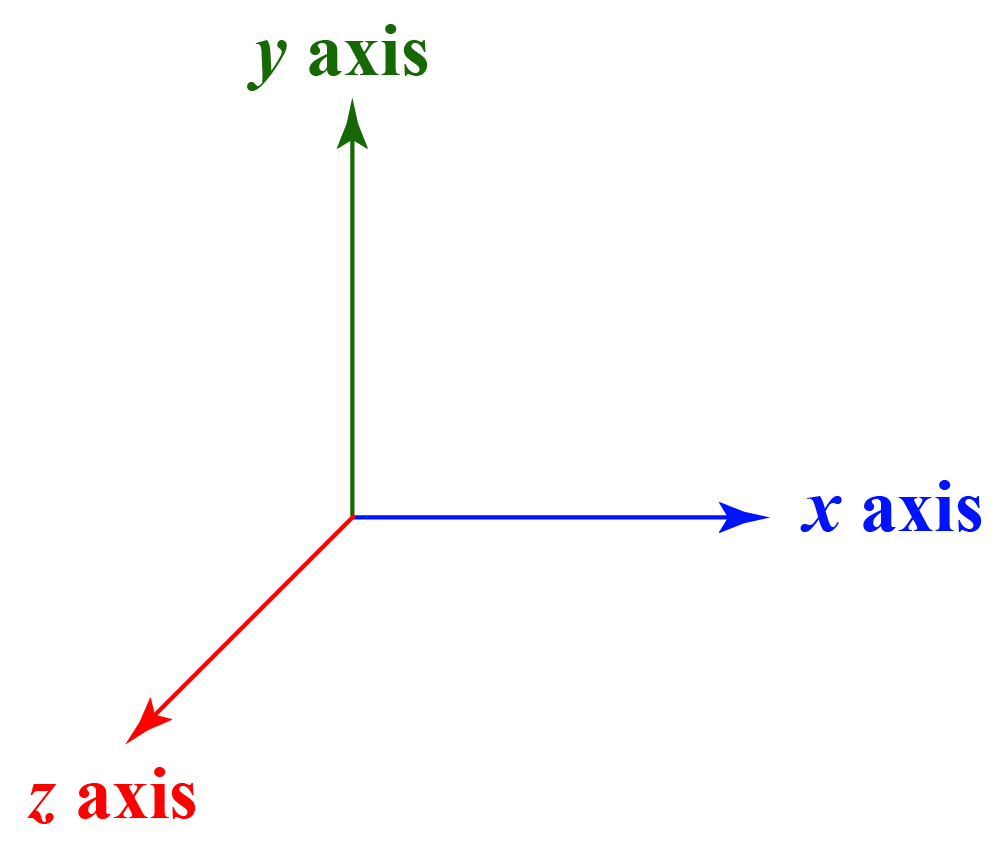 All three axes are perpendicular to each other and the point of intersection of all the three axes is called the origin.

These axes are nothing but number lines that expand in both directions up to infinity.

Coordinates of a Point on a Three-Dimensional Plane

This indicates the values of the point on (x-axis, y-axis, z-axis). 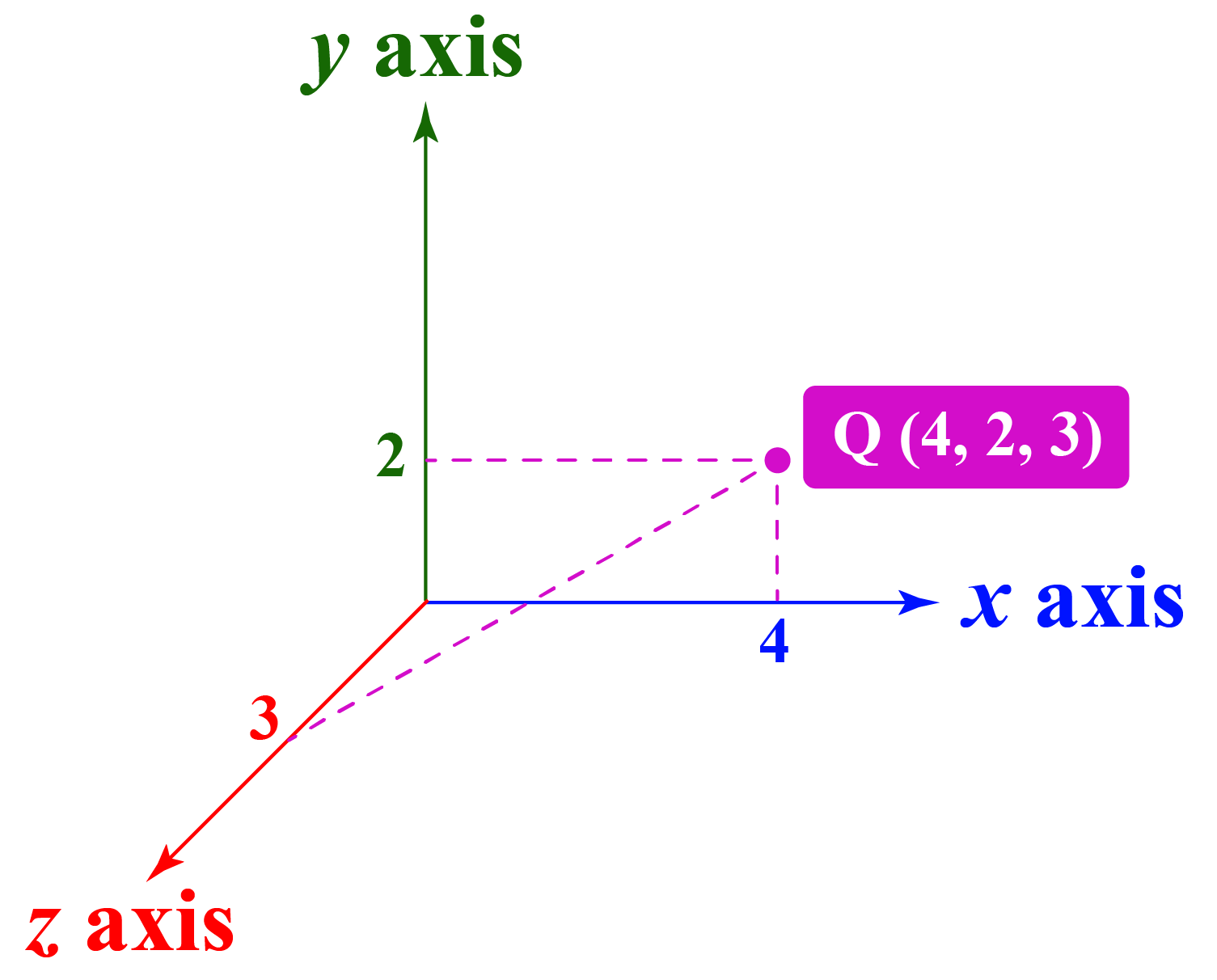 William wants to throw a ball into a bucket which is placed on the coordinates (3, 10).

If William is standing on the coordinates (3, 5), how far will he have to throw the ball?

To calculate how far William will have to throw the ball, we need to calculate the distance between William and the bucket.

The x-coordinate of William's location and the bucket is 3

Thus, they are on a line parallel to the y-axis.

Hence, the distance between William and the bucket can be calculated as the difference of the y-coordinates of both the points. We know that both the points P and Q lie on a line parallel to the x-axis, thus, their y-coordinates are the same.

Can you identify who is right?

We need to draw the above coordinates on a cartesian plane to check the shape they will form. We can clearly see that the figure thus obtained is a square as all the four sides are equal and all the four interior angles are \(90^{\circ}\).

The cartesian coordinate plane below represents a city map with 5 different locations.

Find the cartesian coordinates for each of these locations. 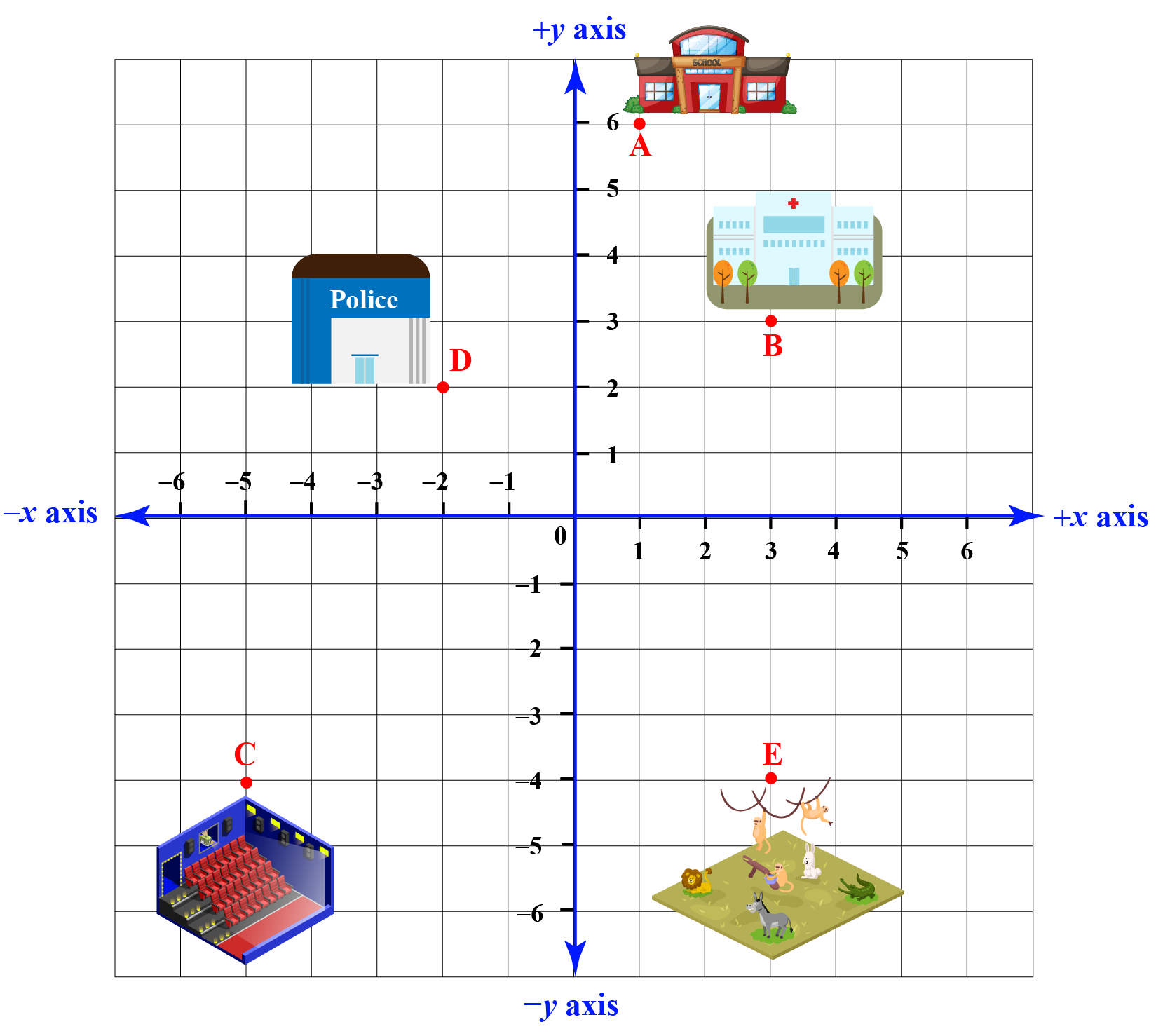 If the four quadrants represent the following 4 states of the US: In which quadrants do the points P, Q, R and S lie in? 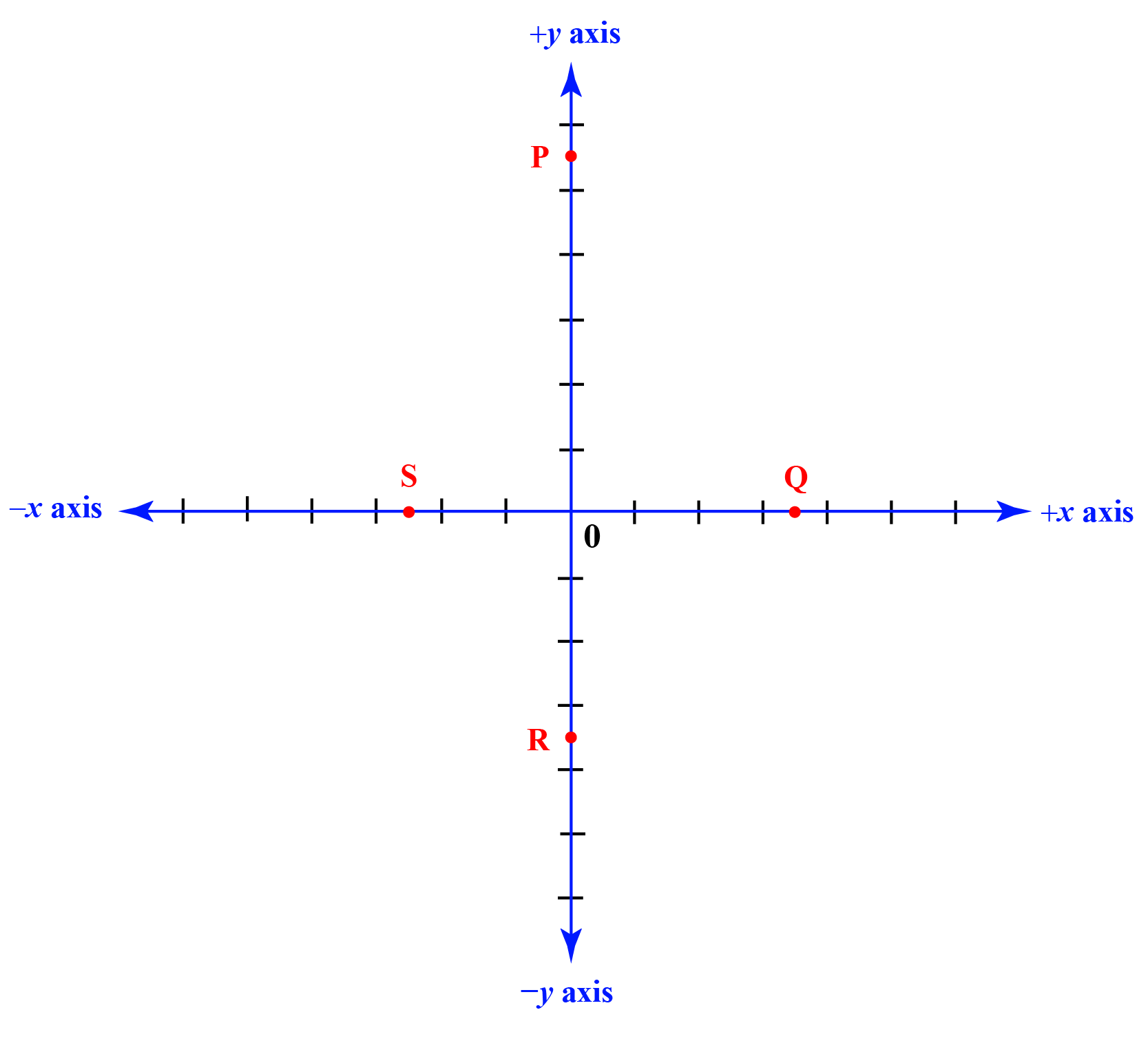 If any of the points lie on the axes or if any of the coordinate value is zero, this is how we can represent those points:

At Cuemath, our team of math experts are dedicated to make learning fun for our favorite readers, the students! Through an interactive and engaging learning-teaching-learning approach, the teachers explore all angles of a topic. Be it problems, online classes, videos, or any other form of relation, it’s the logical thinking and smart learning approach that we at Cuemath believe in.

1. What is the difference between polar and cartesian coordinates?

When we write the cartesian coordinates of a point, we consider the distance of the point on the x-axis and y-axis.

If we consider polar coordinates of a point, then we consider the distance of the point from the origin and the angle which it forms along the x-axis.

2. What are XY Coordinates?

To plot a point on the cartesian coordinate plane, we have to first check the x-coordinate of the point and draw a perpendicular line to x-axis on that value.

Next we will check the y-coordinate of the point and draw a perpendicular line to the y-axis on that value.

The point where these two lines intersect is the required point.