What if I tell you that they had a calculator all along!

Yes, it was the abacus that was heavily used for complex calculations before the invention of electronic calculators.

Abacus is a useful learning piece of equipment for the visually impaired, as well as for anyone who wants to learn the origins of a modern calculator.

In this article, you will learn how Abacus is used for simple addition.

The history of Abacus

Around 2700 B.C., the Sumerians fictionalized their tool for calculation. It was an oversized block of wood or clay with columns derived out.

These columns corresponded to the order of size in their numeration system (which was base 60) - like we tend to write sums with units, tens, many columns, etc.

It is often one of the primary versions of what we tend to currently decide the abacus. Later, the Sumerians abandoned the objects and easily played on the board. It means they might "rub out" as they calculated.

In the fifth century B.C., similar devices were developed by the Zapotecs of Central America and The Greeks.

The first Greek abacus was a table with a raised edge, crammed with sand. The columns were created by merely running your finger through the receptacle.

It's thought that the word abacus comes from the Greek word abax,  which means tray/table/tablet that originated from the Semitic word "ABQ" that interprets as dust/sand.

The Roman abacus was at first made of a little, flat piece of wood or bone and coated with wax.

Marks made taking the pointed finish of an iron instrument. And the other finish which has been useful for rubbing out. It was in the impact of the primary transportable calculator!

The Romans created a lot of refined models of the grooved abacus. The wax replaced grooves cut straight into the wood, counters or beads were set in them. The soroban (tally tray) is an associate degree abacus developed in Japan. It's derived from the traditional Chinese suanpan, foreign to Japan within the ordinal century.

Just like the suanpan, the soroban continues to be used these days, despite the proliferation of sensible and reasonable pocket electronic calculators.

The proper aspect of the soroban represents the quantity 1234567890, every column indicating one digit, with the lower beads representing one and also the higher beads fives.

The Abacus consists of an associate degree odd range of columns or rods, each having beads. Download the PDF below to read about counting on Abacus.

Every set of beads of every rod divided by a bar called a reckoning bar. 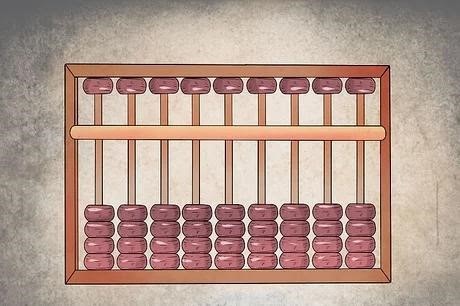 Fig: Image of an abacus

The number of rods in soroban is often odd and even fewer than 9. Basic models sometimes have 13 rods.

The number of rods on sensible or commonplace models usually will increase to 21, 23, 27, or perhaps 31, therefore permitting calculation of a lot of digits or representations of many different numbers at constant time.

Each rod represents a digit, and a larger number of rods allows the illustration of a lot of digits throughout operations.

The beads and rods are the product of the spread of various materials. Most soroban created in Japan is the product of wood and has wood, metal, rattan, or bamboo rods for the beads to slide-on.

The beads themselves are sometimes bi-conal (shaped sort of a double-cone). They're unremarkably products of wood, thought of as some soroban, particularly those created outside Japan, are often marble, stone, or perhaps plastic.

The price of a soroban is proportionate with the materials employed in its construction.

Usage and representation of numbers

The soroban uses a positional notation, where each of the rods will represent one digit from zero to nine by moving beads towards the reckoning bar.

They are in the "on" position, i.e., they assume price. For the "five beads," this implies it's stirred downwardly, whereas "one bead" is stirred upwards. Let's see step by step representation of addition on the abacus.

Input your initial range. Say you've to feature 1234 and 5678. Enter 1234 on the abacus by pushing up four beads in the one's place 3 in beads tens place, 2 in the hundreds place 1 in the thousands place. 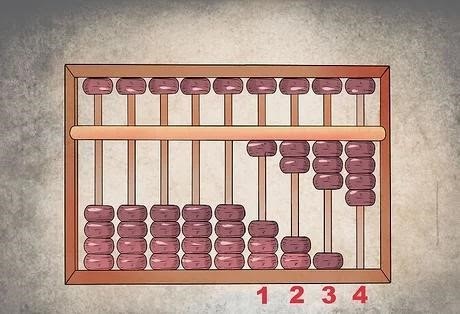 Start adding from the left.

The first numbers you will add are the one and five from the thousands place, during this case moving the one bead from the highest row of that column right down to add the five, and feat the lower bead up for a complete of half dozen.

Likewise, to feature half a dozen within the hundreds place, move the upper beads within a hundred column put and one bead from the lowest row up to urge a complete of eight. 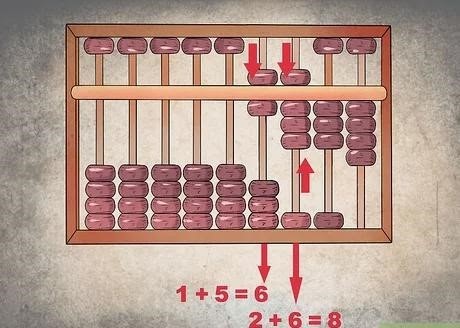 Complete an exchange. Since adding two numbers in the tens column can lead to ten, you will carry over a 1 to the hundred places, creating a nine in this column.

Next, place all the beads down within the tens place, leaving it zero. 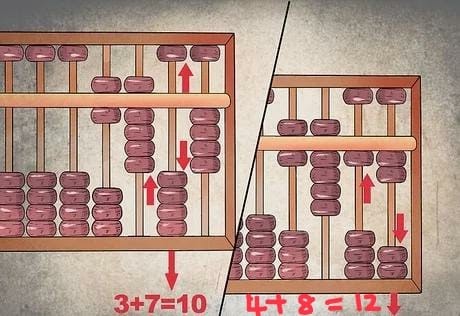 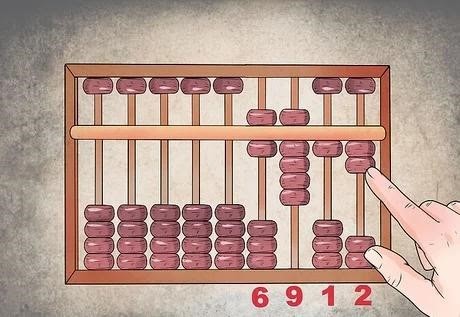 Count your beads to urge the solution.

To use an abacus for addition, 1st orient it by pushing one or two beads to the top of every row and four beads to rock bottom of every row, which can set it back to zero.

Once you have done it, assign a column an area price.

If you are operating with decimals, check that to create the furthest column in the tenths place.

Once you begin adding, push up the selected beads in every column to represent your 1st variety.

As an example, if you are adding 1234, and 5678, push up four beads within the ones column, three within the tens column, a pair of within the lots of columns, and one within the thousands place to represent 1234.

Then merely lower the beads, beginning from the thousands place, add to the second variety, 5678. Below is a pictorial representation of addition on the abacus. 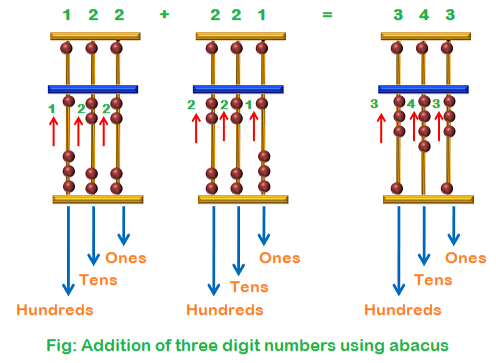