We know that a set is a well–defined collection of objects. There are different types of sets depending on the objects and their characteristics. Some of these are explained below. Let us understand the various types of sets along with illustrations.

Types of sets are classified according to the number of elements they have. Sets are the collection of elements of the same type. For example, a set of prime numbers, natural numbers, etc. There are various types of sets such as unit sets, finite and infinite sets, null sets, equal and unequal sets, etc. Let us learn more about the various forms of sets in detail. 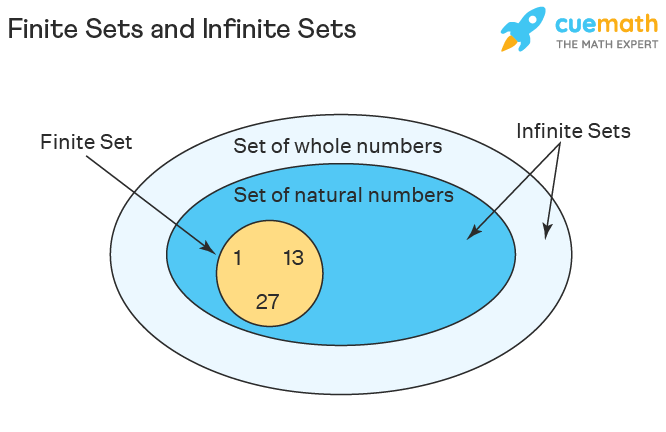 A set that does not contain any element is called an empty set or a null set. An empty set is denoted using the symbol '∅'. It is read as 'phi'. Example: Set X = {}.

Check out some interesting topics related to types of sets.

Practice Questions On Types of Sets

FAQs On Types of Sets

What are the Different Types of Sets in Mathematics?

There are various types of sets like – finite and infinite sets, equal and equivalent sets, a null set, etc. Further, there are a subset and proper subset, power set, universal set, disjoint sets, etc depending on the characteristics of the sets.

What are Finite and Infinite Types of Sets?

Any set that is empty or consists of a definite and countable number of elements is referred to as a finite set. Whereas, sets with uncountable or indefinite numbers of elements are called infinite sets.

What is a Universal Type of Set?

A universal set consists of all the elements of a problem under consideration. We generally represent it by the letter U. For instance, the set of real numbers is a universal set for all-natural, whole, odd, even, rational in addition to irrational numbers.

What are Equal and Unequal Types of Sets?

Is Empty Set a Type of Finite Set?

What are the Examples of Finite and Infinite Types of Sets?

Some common examples of finite and infinite sets are listed below: