A cylinder is a three-dimensional solid figure which has two identical circular bases joined by a curved surface at a particular distance from the center which is the height of the cylinder. Toilet paper rolls, cold drink cans are real-life examples of cylinders. Also, do you know that the Leaning Tower of Pisa is cylindrical in shape? Let us learn more about cylinder shape in this article.

A cylinder is a 3D solid shape that consists of two identical and parallel bases linked by a curved surface. These bases are like circular disks. The line passing from the center or joining the centers of two circular bases is called the axis of the cylinder shape. The distance between the two bases is called perpendicular distance and is represented as height, “h”. The two circular bases have a distance from the center to the outer boundary which is known as the radius of the cylinder, represented by “r”. The cylinder is a combination of 2 circles + 1 rectangle. Look at the given image showing the formation of the cylinder shape. 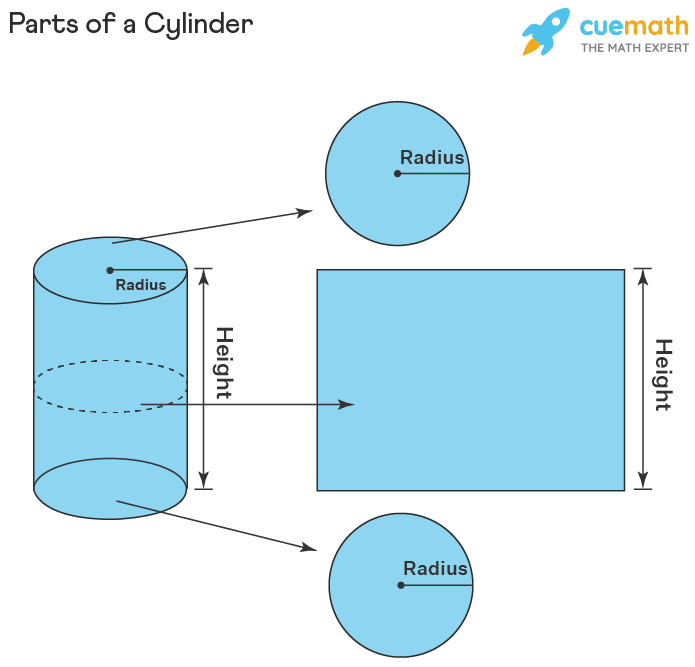 We just read about some real-life examples of a cylinder, which shows that it can be of various types. In geometry, there are four different types of cylinders. They are as follows:

Look at the image below to get an overview of all four types of cylinders explained above. 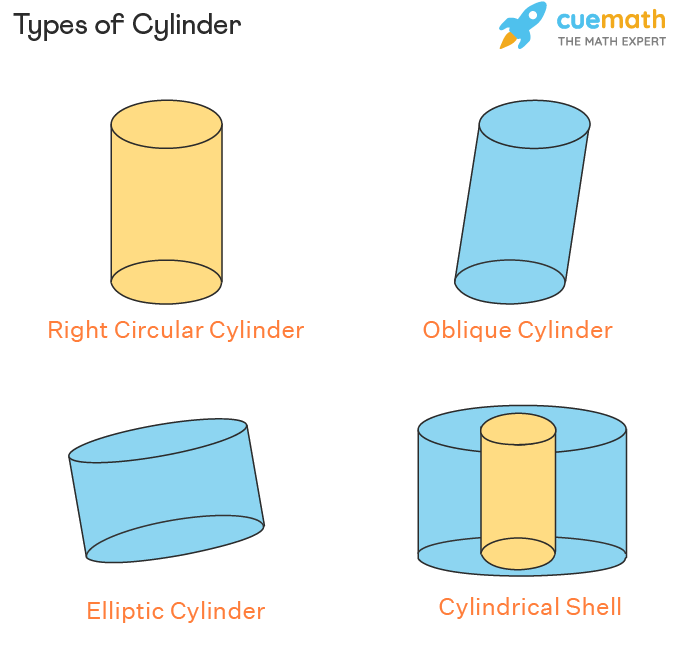 Every geometrical shape has its own characteristics or some properties different from the other figures. Similarly, let us learn some of the properties of a cylinder shape listed below: 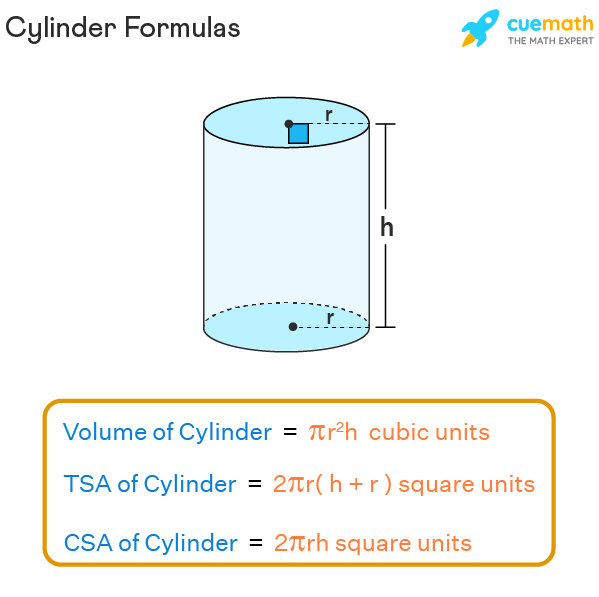 Let us learn about the above cylinder formulas in detail.

Net of a Cylinder

The net of a cylinder is a 2D structure made by unfolding it. It helps us to visualize the shape of a cylinder and its surface area. When we unfold a cylinder, we get a rectangle joined by two identical circles that form the top and the bottom bases of the cylinder shape. Look at the picture of a cylinder net shown below. 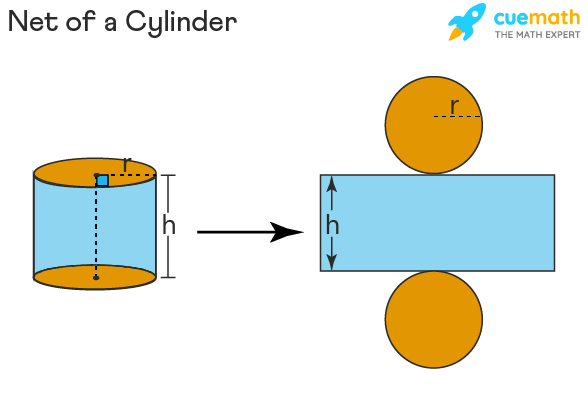 Check out the following topics related to the cylinder shape.

What is a Cylinder in Geometry?

A cylinder is a three-dimensional solid figure which consists of two circular bases connected with a curved surface made by folding a rectangle. The top and bottom faces of a cylinder are congruent. It has a total of 3 faces, 2 edges, and no vertices.

What is the Volume of a Cylinder?

The volume of a cylinder is the space occupied by it. It can be calculated using the formula: V = πr2h cubic units.

What is the Surface Area of a Cylinder?

What are the Real-Life Cylinder Examples?

What are the Formulas of Cylinder?

The three major formulas of the cylinder are:

How Many Edges Does a Cylinder Have?

What is a Total Surface Area of Cylinder?

What is the Base Area of the Cylinder?

What are the Properties of a Cylinder?

Few properties of a cylinder are listed below:

How Many Faces Does a Cylinder Have?

There are two flat circular faces and one curved surface area present in a cylinder. So, it has a total of 3 faces.