A pentagram is the shape of a five-pointed star polygon. It is also known as a star pentagon due to its shape and the pentagon in its center, which explains the origin of the word pentagram. In the past, the pentagram symbol has also been used as a holy sign to represent goodness, and for protection against evil.

Like any other polygon, pentagrams can also be classified into two different types. There are two types of pentagrams - regular and irregular. 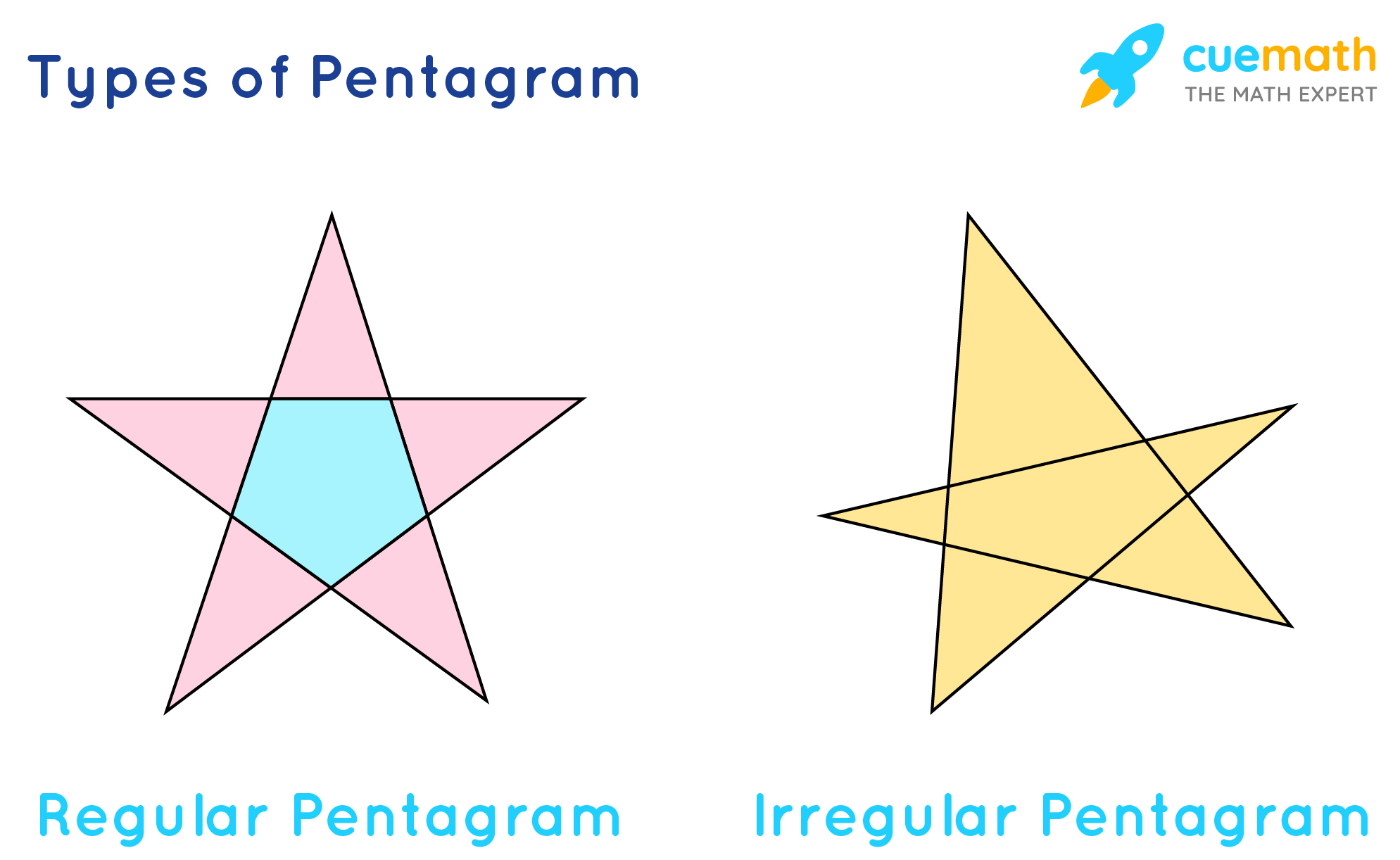 Angles in a Regular Pentagram 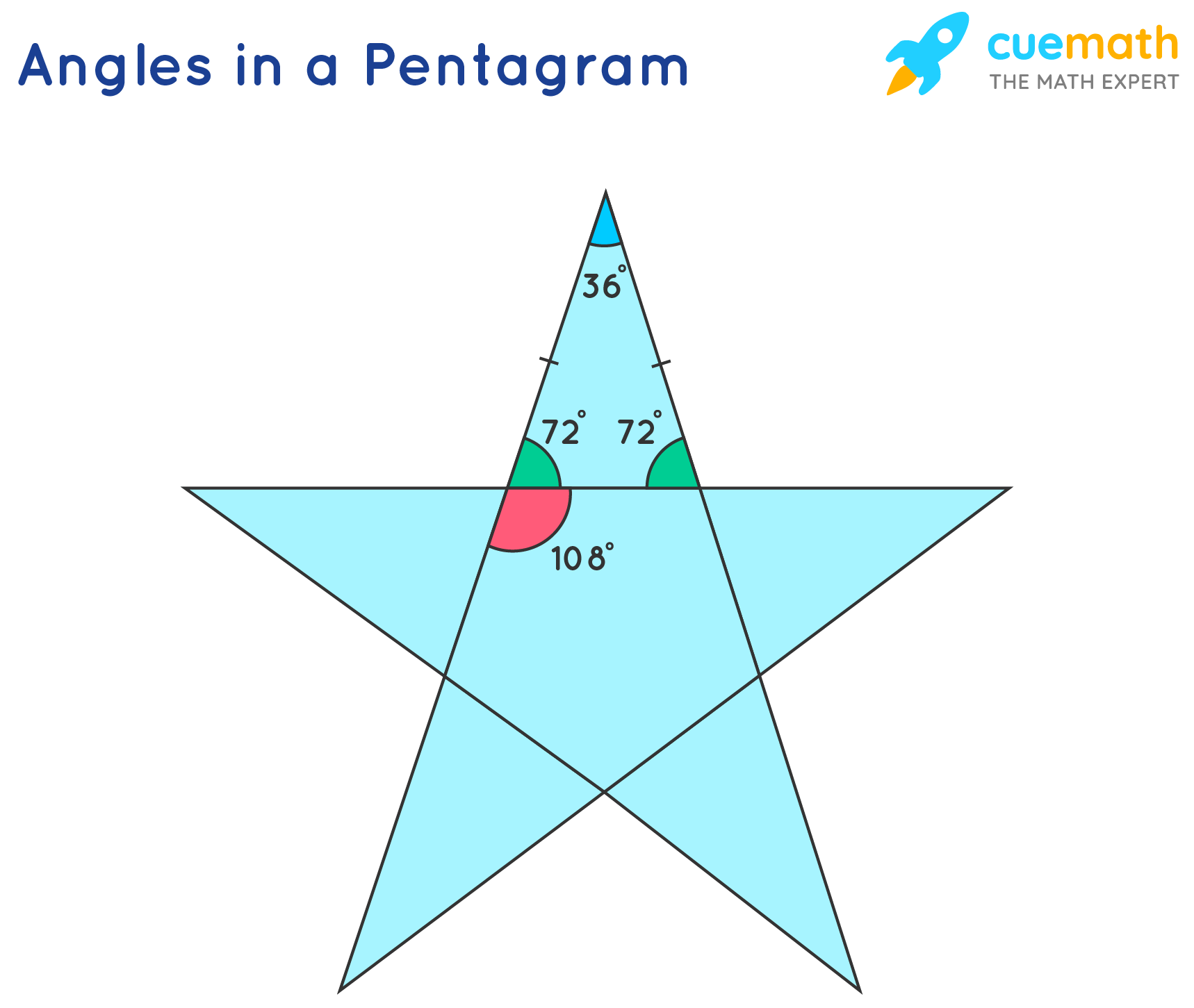 Similarly, all the other angles of the remaining triangles of the pentagram will be calculated in the same way.

How to Construct a Regular Pentagram?

There are many ways in which a regular pentagram can be constructed. However, let us see the two interesting ones.

Inside a Regular Pentagon 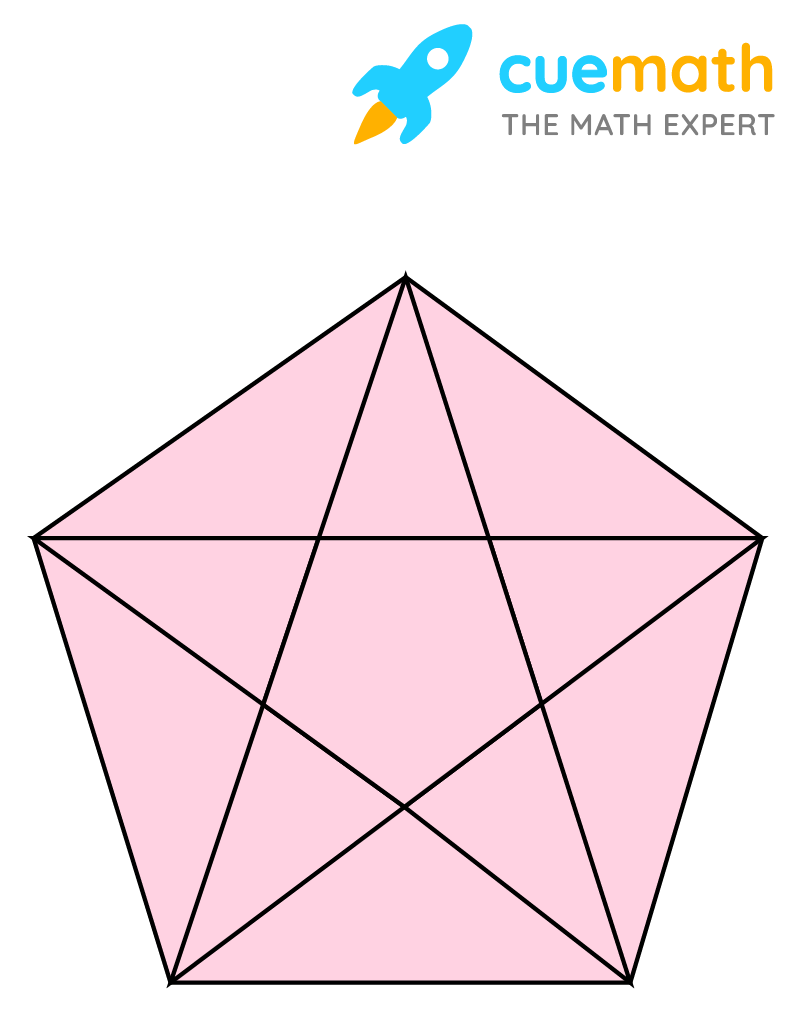 Outside a Regular Pentagon

A regular pentagram can be constructed outside a regular pentagon by extending its 5 sides. Extend each side of the pentagon in such a way that they intersect each other as shown. And you make a pentagram again! 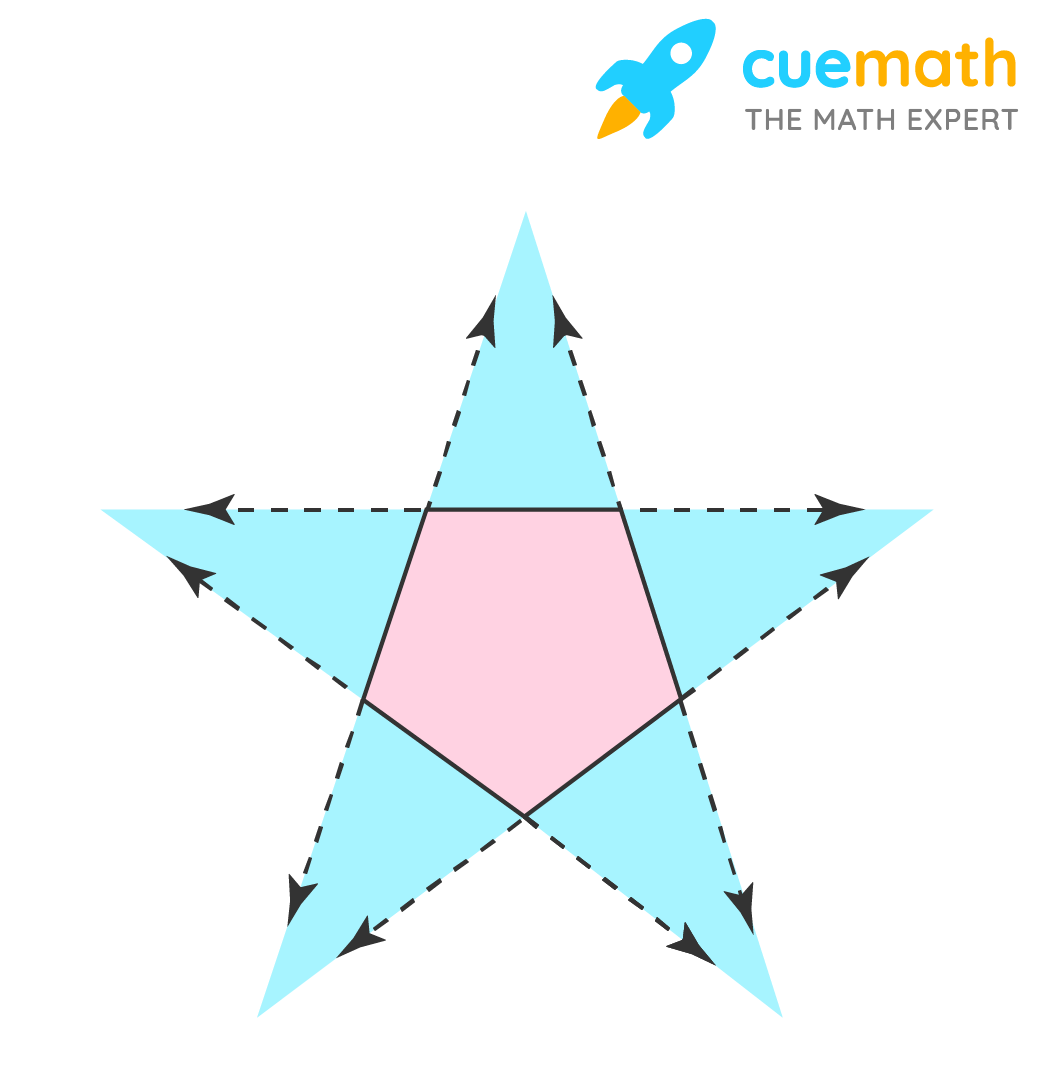 Check out these interesting articles on the pentagram. Click to know more!

A two-dimensional shape with 5 sides is known as a pentagram. In other words, we call it a 5-sided polygon, star-shaped pentagon.

What are the Different Types of Pentagram in Geomtery?

In Geometry, a 3-d star is usually referred to as the star polyhedron, which has a star-like visual appearance.

In Geometry, a 12-sided star is called a dodecagram, which can also be called a star polygon with 12 vertices.

What are the Angles of a 5 Point Star?

In a regular pentagram (5-pointed star, NOT Pentagon), the angle in each point is 36°, so the angles in all five points sum to 180°.

How Many Lines of Symmetry Does a Regular Pentagram have?

A regular pentagram has 5 lines of symmetry.

How many Congruent Isosceles Triangles does a Regular Pentagram have?

Which Pentagon is in the Center of an Irregular Pentagram?