Radian
Go back to  'Geometry'

This chapter will cover the various concepts on the subject including the radian formula, the radian definition, the radian calculator, and radian vs degrees.

Up to this stage, you have been using degrees to measure the sizes of angles. However, for a variety of reasons, angle measures in advanced mathematics are frequently described using a unit system different from the degree-system. This system is known as the radian system.

Did you know that radian was the SI supplementary unit for measuring angles before 1995? It was later changed to a derived unit.

Let us learn more about Radian in the following lesson.

What Is a Radian?

Radian is a unit to measure angles.

We use radians in place of degrees when we want to calculate the angle in terms of radius.

1 radian is an angle subtended by the arc of length r(radius of the same circle) at the center.

Take the radius of the circle, wrap it around the circle.

Now the angle subtended at the center is 1 radian. 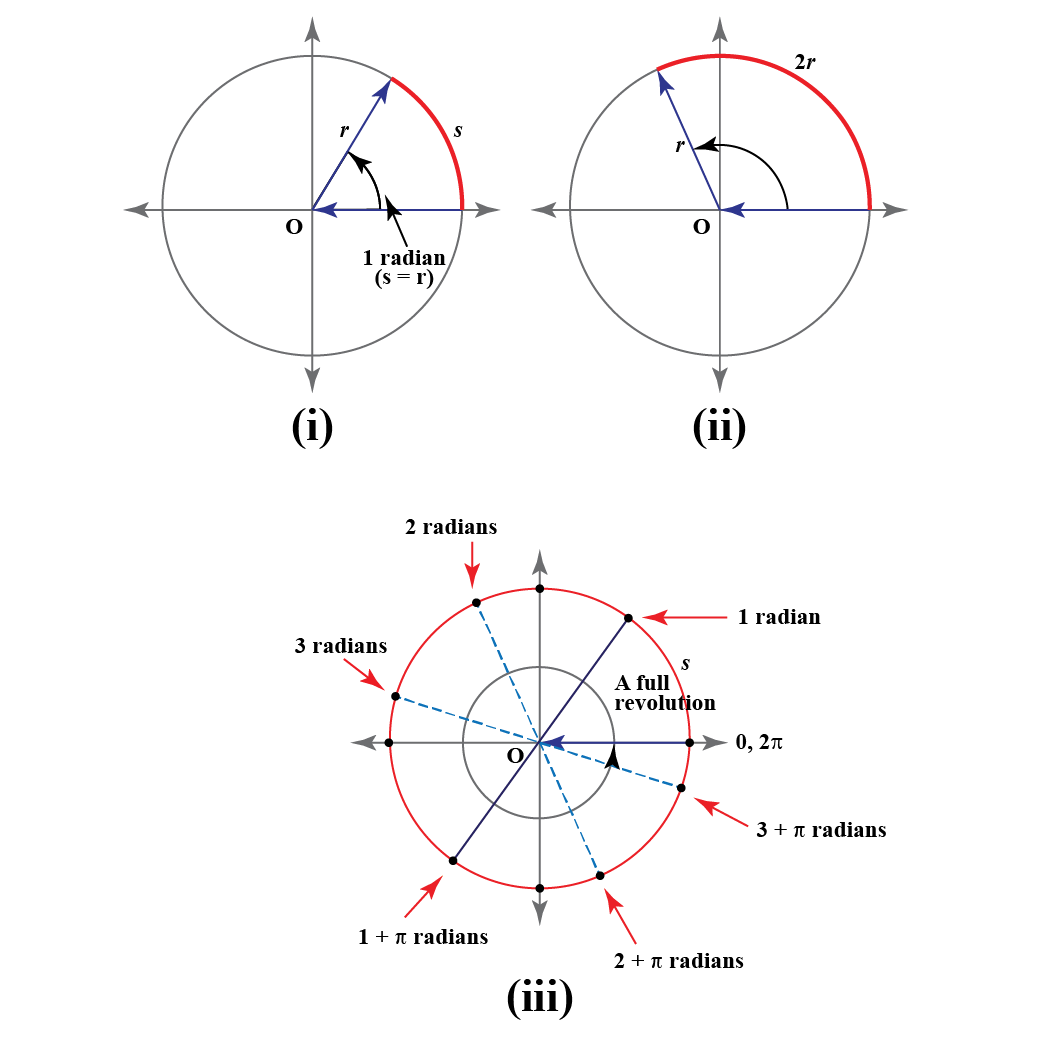 And the angle subtended by one complete counterclockwise revolution is equal to \( 2 \pi \text { radian}\).

The radian is also defined as the ratio of the arc length to the radius of the circle: 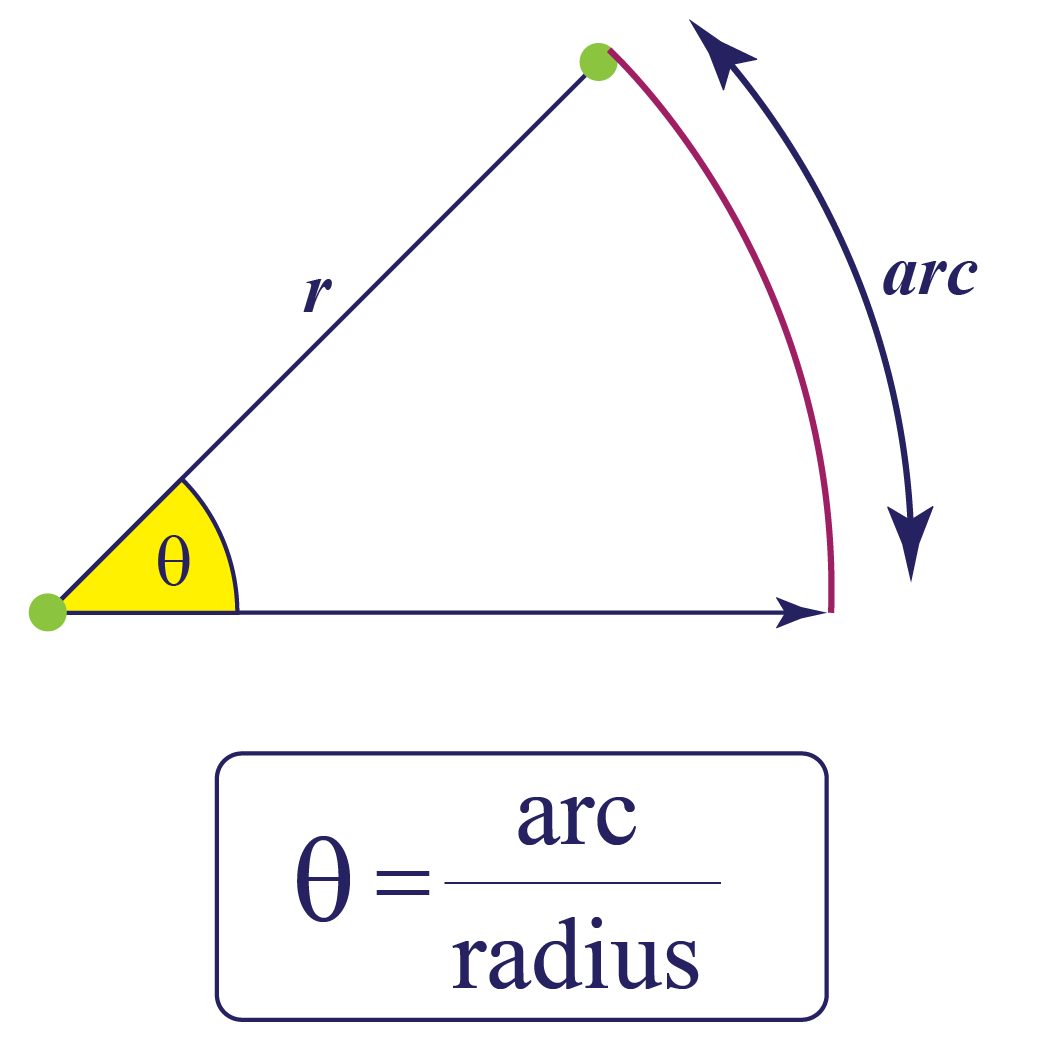 Here, both the lengths are measured in the same unit.

Why Do We Use Radian?

The most important reason why we use radian because it is a dimensionless measure.

A dimensionless measure such as radian is convenient to use as it makes calculations easier.

For example, if we want to find the derivative of trigonometric functions, it is simple to use radians rather than degrees.

Using radians, the derivative of sine function is-

And if the derivative is calculated in degrees, it comes as-

Additional thing in the result makes it very hard to solve.

Hence we use radian just to save our time and remove the extra terms in the calculation.

What Is the Difference Between Radian and Degrees?

Radians and degrees both measure angles where 1 radian is equal to 57.2958 degrees.

The equivalent degree and radian values can be seen in the following table:

If the value of an angle is given in degree, you can calculate its value in radian by following a simple method.

You can also convert the radian into the degree, Try your hand at the following simulation to get an idea of radian and degree relationship.

Convert the following angles into radians.

Sean wants to know the length of the arc whose radius is 5 in and the angle subtended by the arc is 1.5 radian. Can you help her with this?

Ema was given a task to convert the \( \dfrac 79 \pi \) radian into degrees. Can you tell her the right process to convert it?

A pendulum of length 18 in oscillates at an angle of 38 degrees. Find the length of the arc that it covers.

A wire of length 60 in is bent to form an arc of radius 40 in. Find the angle subtended at the center by this arc.

This mini-lesson targeted the fascinating concept of radians. The math journey around radian starts with what a student already knows, and goes on to creatively crafting a fresh concept in the young minds. Done in a way that not only it is relatable and easy to grasp, but also will stay with them forever. Here lies the magic with Cuemath.

1. What is the radians to degree formula?

2. How do you simplify radian?

0 degrees is equal to 0 radians.