What Are the Formulas for Isosceles Triangles?

Area of an Isosceles Triangle: It is the space occupied by the triangle and is the and here we have three formulas to find the area of a triangle, based on the given parameters. 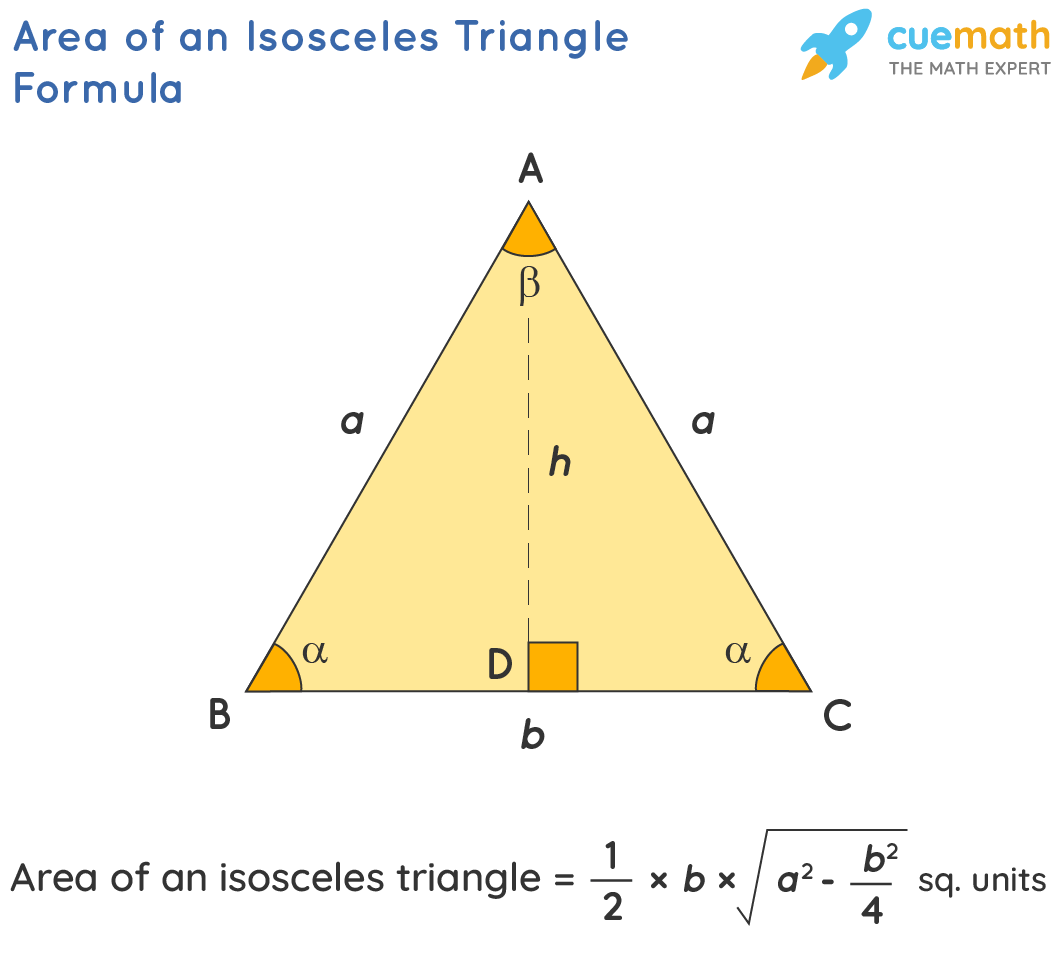 Let us check a few examples to more clearly understand the use of formulas for isosceles triangles.