"A linear graph is the graphical representation of a straight line." It showcases a linear equation in two variables and shows the linear association between two quantities.

Let's understand with the help of an example.

James was offered a job where he would be paid $15 per hour. He has an average daily expenditure of $50. He wants to know, how many minimum hours he should work in a day so that he has some savings. Let's study how a linear graph can answer this problem.

If we represent time by t and income by I, we get a linear equation: I =15t 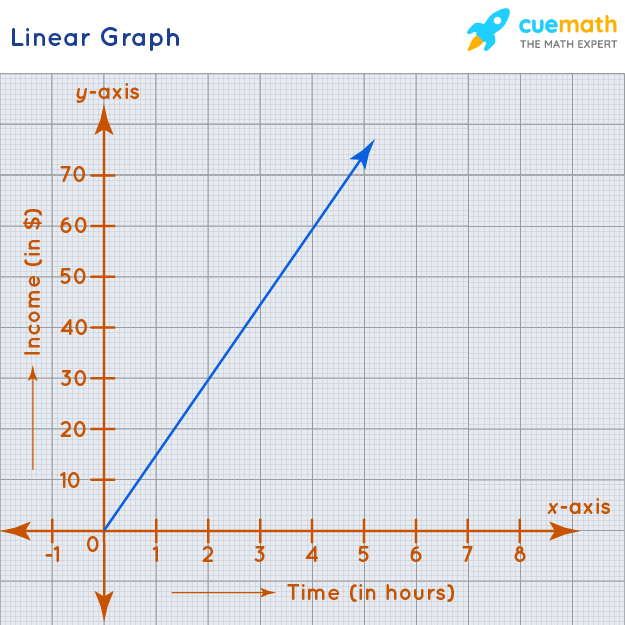 With the help of the above plotted linear graph, we can analyze that the value on the vertical axis is more than his expenditure of $50.

The value on the horizontal axis gives the minimum number of hours James should work to have some savings every day.

Let's understand the difference between a linear graph and a line graph with help of an image. 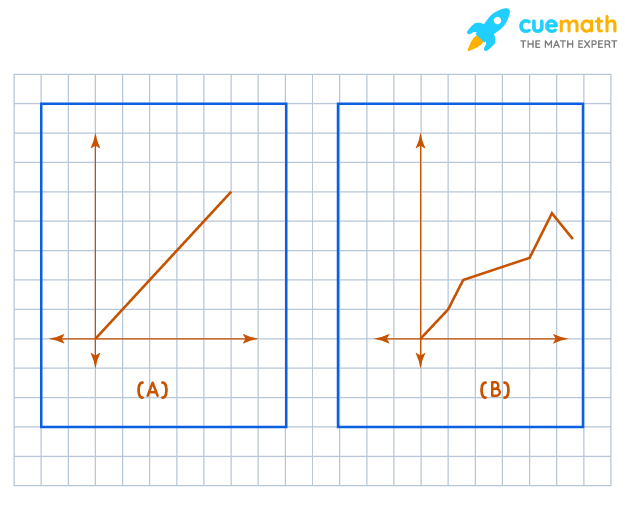 In the figure given above, can you make out how B is different from A?

Here, A is a linear graph whereas B represents a line graph.

Though both of them are made up of line segments, there is a major difference between them.

The difference lies in the figure obtained after joining the line segments. All the points in a linear graph are collinear and hence lie on a line.

But in the case of a line graph, they may or may not be collinear.

A linear graph is the graphical representation of a linear equation.

A linear equation is an equation that can be written in the form: Ax + By = C, for some real numbers A, B, and C where A and B, are not 0. 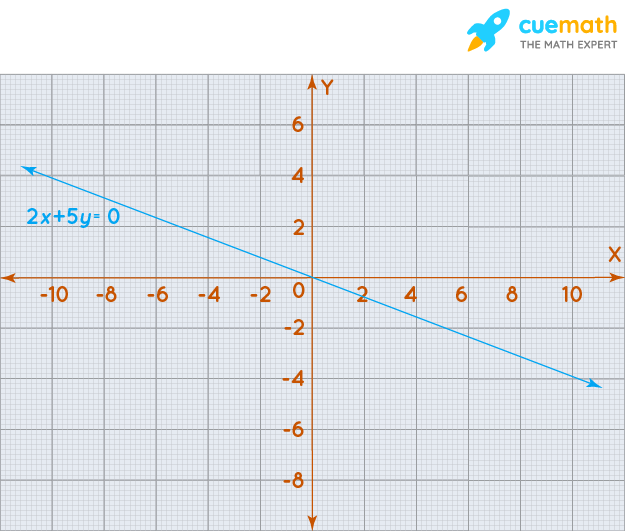 How To Plot Linear Equation On a Graph?

Consider the following steps to plot a linear equation on a graph:

To get the solution to the linear equation, we can plug in a numerical value to x and obtain the corresponding value for it.

Three of the solutions are:

Now, plot these points on an XY plane and join them. 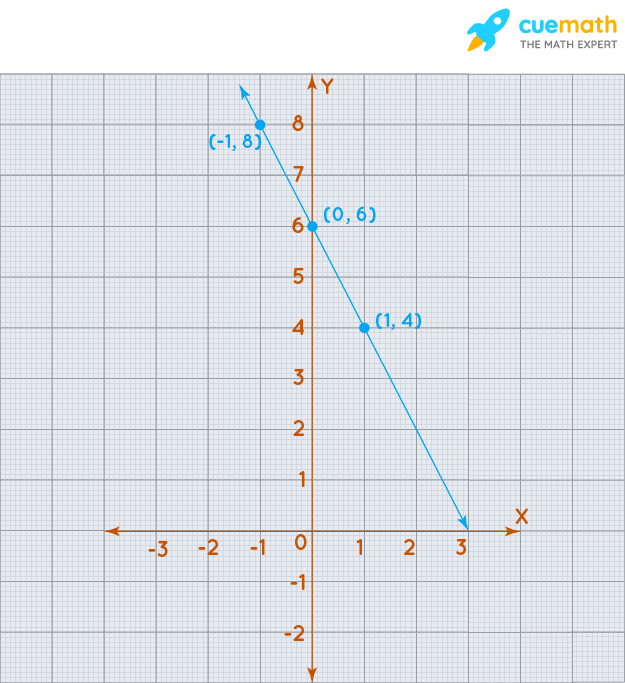 Check out these interesting articles to know more about the linear graph and its related topics.

What is the Difference Between the Line and the Linear Graph?

Even though both line graphs and linear graphs are made up of line segments, there is a major difference between them.

The points in a line graph can be collinear or not collinear whereas, in a linear graph, points are collinear because the graph shows a straight line.

How do you Know a Graph is Linear Graph?

What is the Difference Between a Linear Graph and a Non-Linear Graph?

What are Linear Graphs Used For?

Linear graphs help to predict future values. Linear graphs are used for different purposes like checking the rate of change of income, production, temperature, etc. over a given time period.

Does a Linear Graph have to go Through the Origin?

How do you Find the Equation of a Linear Graph?

If the graph of a line is given, we can determine the equation in two ways. First is slope-intercept form, y = mx+b. The second is point-slope form, y - y1 = m (x - x1). The slope and one point on the line is required to write the equation of a line.