Let us learn more about vector subtraction along with geometrical interpretation and examples.

What is Vector Subtraction?

Let us understand how to subtract vectors graphically in the upcoming sections.

Suppose that a and b are two vectors. How can we interpret the subtraction of these vectors graphically? That is, what meaning do we attach to a - b? To start with, we note that a - b will be a vector which when added to b should give back a. i.e., 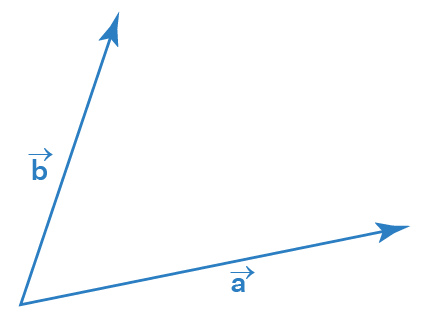 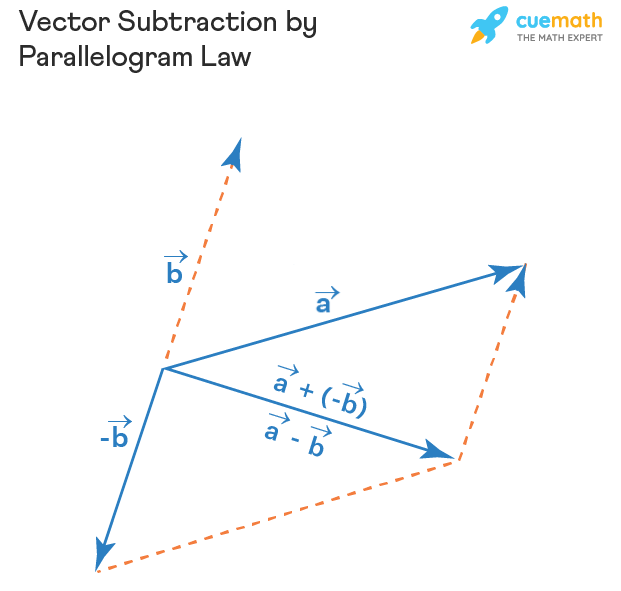 This shows the vector subtraction a - b as the addition of a and −b. 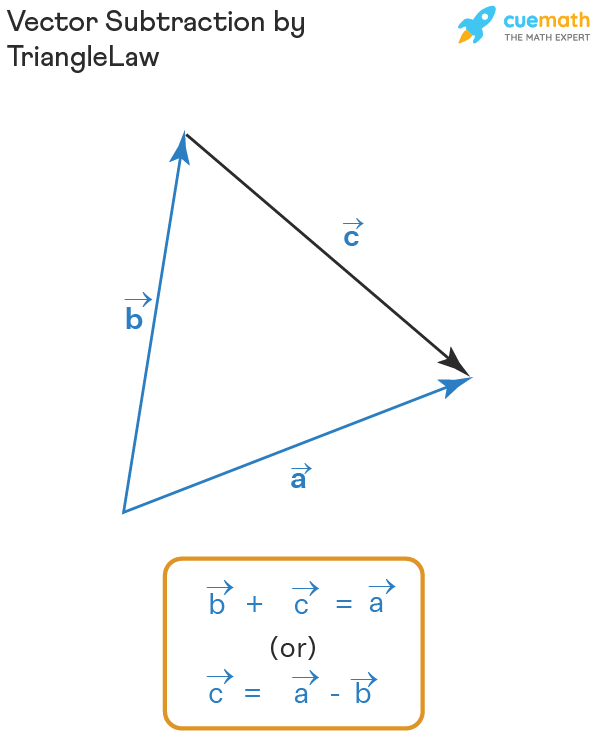 Note that both ways (using parallelogram law and triangle law) are described above give us the same vector for a - b. This becomes clearer from the figure below: 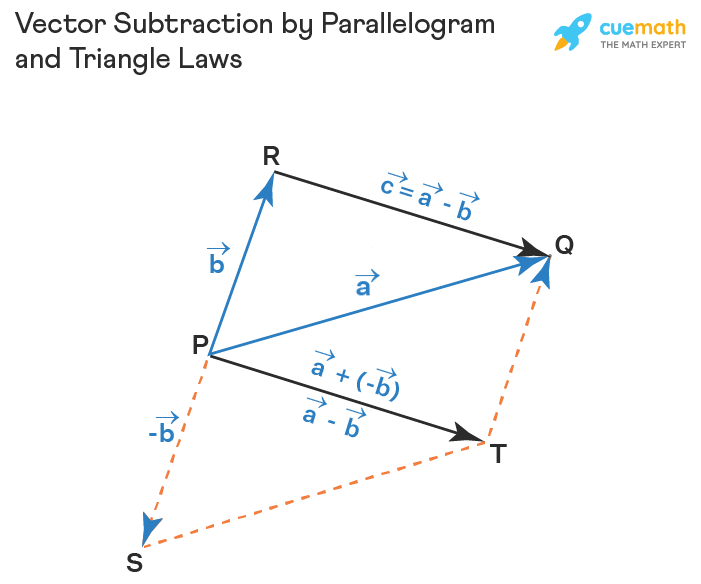 How to Subtract Vectors?

Here are some important properties of vector subtraction.

What is Meant by Vector Subtraction?

How Do You Subtract Vectors?

How to Find Vector Difference Graphically?

To find the vector difference of two vectors a and b graphically:

How to Subtract Vectors in Component Form?

What is the Parallelogram Law of Vector Subtraction?

The parallelogram law of subtraction says "if two vectors a and -b are starting from a point P and they are two adjacent sides of a parallelogram, then their sum which is a + (-b) (which can also be written as a - b) is the vector that represents the diagonal of a parallelogram that starts from P".

What is the Triangle Law of Vector Subtraction?

The triangle law of vector subtraction says "to find the difference a - b of two vectors a and b (that are coinitial), just draw a vector from the tail of b to the tail of a".