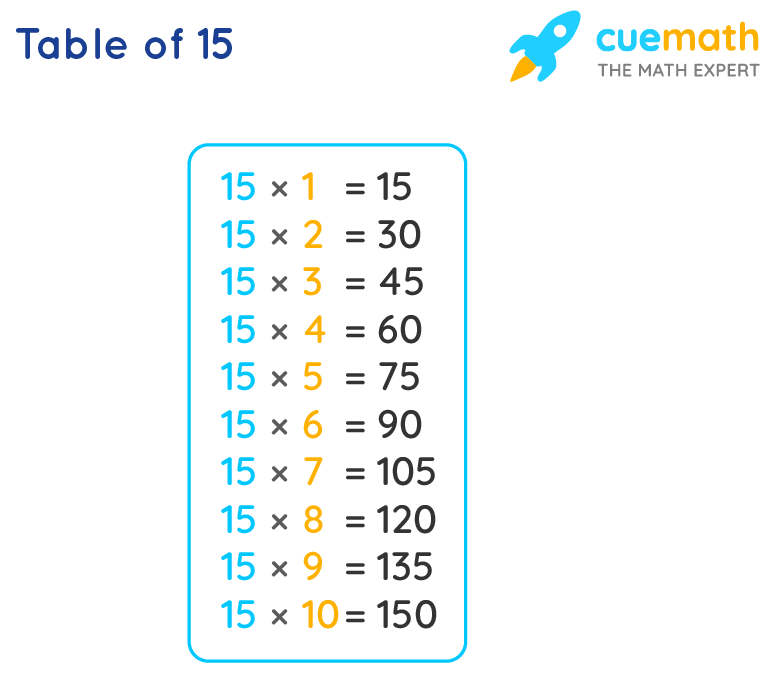 Let us learn in detail about the 15 times table and its applications.

1. To memorize the table of 15, there is a small trick. To learn this trick you should know about one's place digits, ten's place digits, odd numbers, and even numbers. The trick is that in the resultants, the one's place always follows the pattern of 5-0.

Here is a 15 times table up to 20. Try to find a similar pattern here.