According to the International place value system also, the numbers are divided into periods. These periods are named as ones, thousands, millions, billions and so on. In this system, each period has three digits.

Let us look at this example: 12,457, 891. According to the International Place Value system, this is read as twelve million, four hundred fifty-seven thousand, eight hundred ninety-one.

Some other large numbers are read and written as follows:

The following table shows how to read and write numbers as per the International Place Value System. 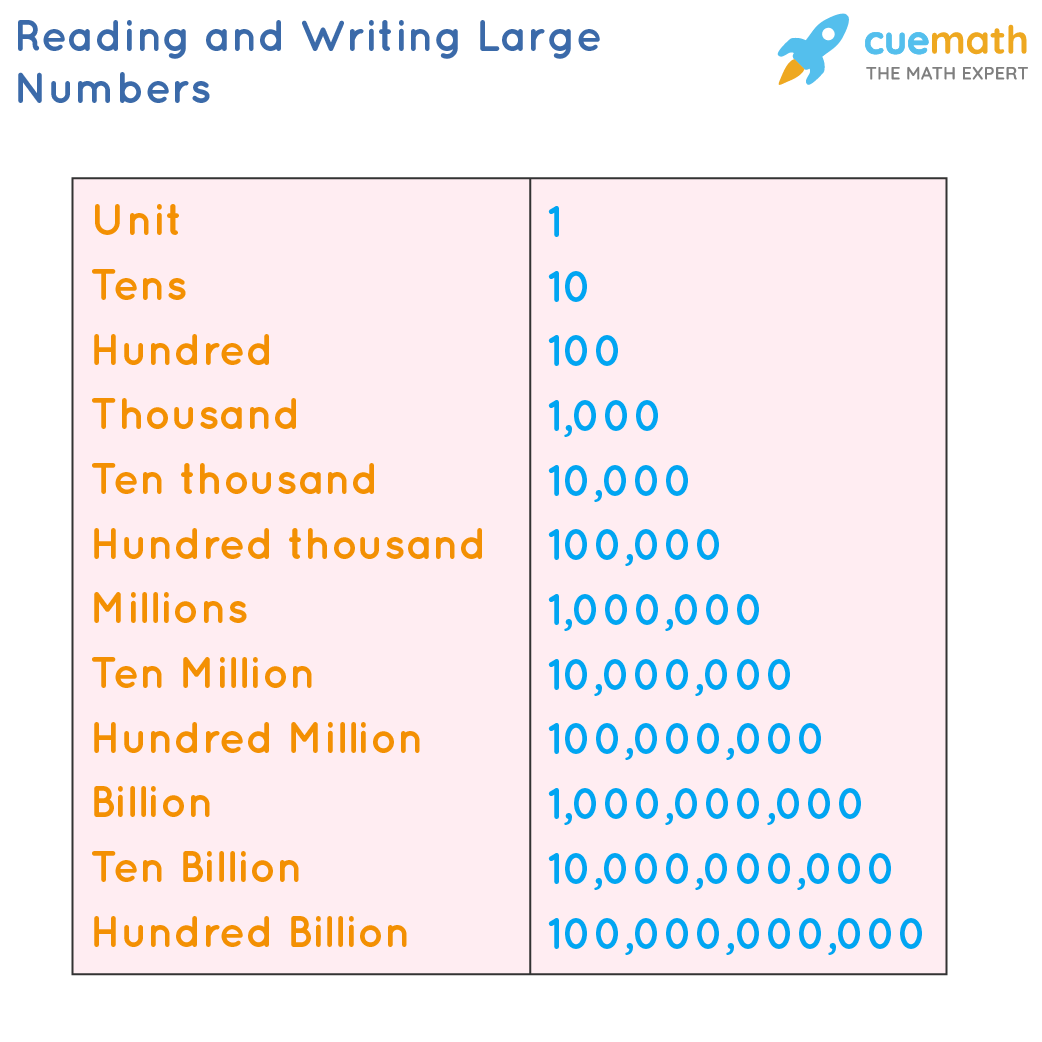 We add large numbers in the same way as we work with other numbers. We arrange the numbers in a column according to their place values. The addition process begins from the ones column, the next tens column, the hundreds column, and so on. The numbers that need to be carried forward, are placed in the adjacent column along with the existing numbers. This entire process has to be followed until the last column where we get our final number.

First, we arrange the numbers in columns according to their place value and then we add them. 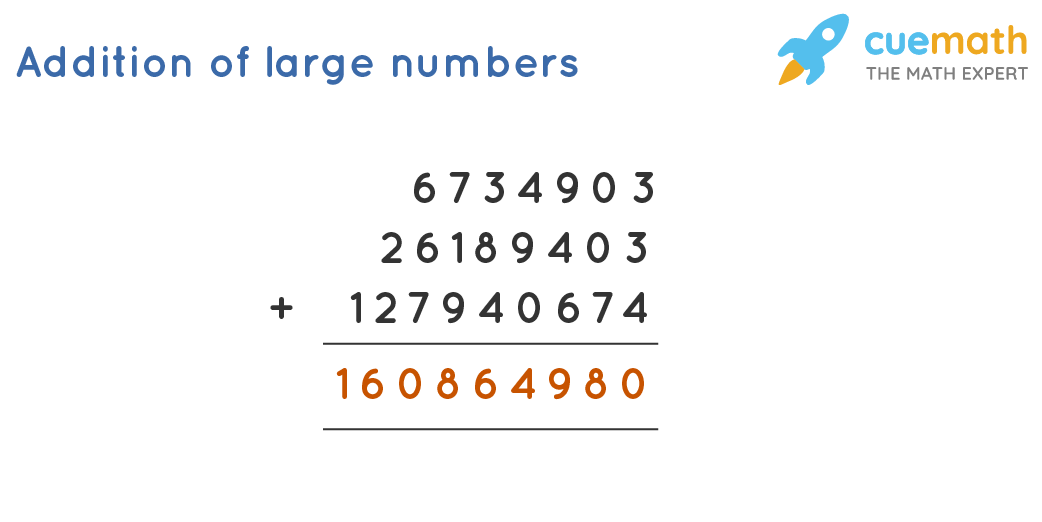 For subtraction of large numbers, the same order of columns that were used for addition is followed. Once the numbers are arranged in the columns, we begin with ones and move forward to the left side. Numbers are borrowed as and when required from the left side.

First, we arrange the numbers in columns according to their place value and then we subtract them. 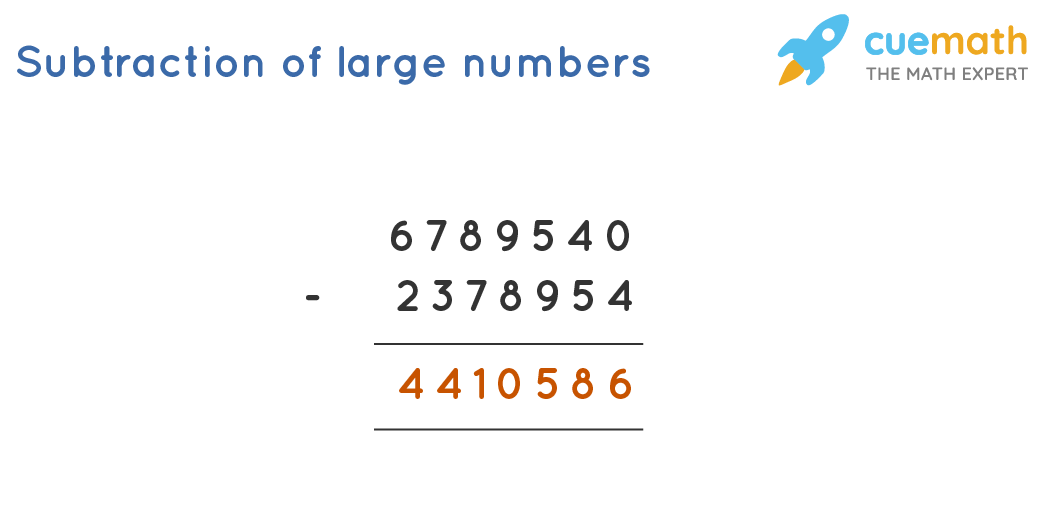 The multiplication of large numbers is done in the same way as the other numbers. After the numbers are placed in the columns, we take the bottom number and start with the number in ones place. We multiply this number with all the numbers in the top row and write the product below the line. In the next step, before we start multiplying the next number, we need to hold the tens place by placing a zero in the ones place, so, we write zero in ones place. Then, we repeat the process and take the next number from the bottom number and multiply it with all the numbers in the top row. Place the product in the same line where we had placed the zero. Once we get the product of both the numbers, we add them column-wise to get the final answer. 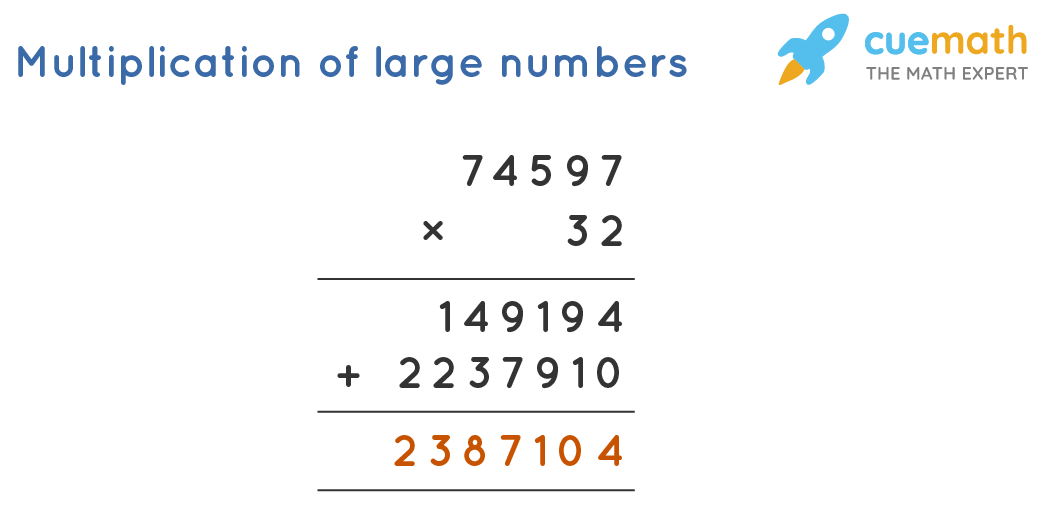 Division of large numbers is done by the long division method which is similar to all division problems. There is a dividend, which is divided by the divisor, to give a result called the quotient and sometimes a remainder. The process of division includes the complete cycle of division, subtraction, and multiplication. 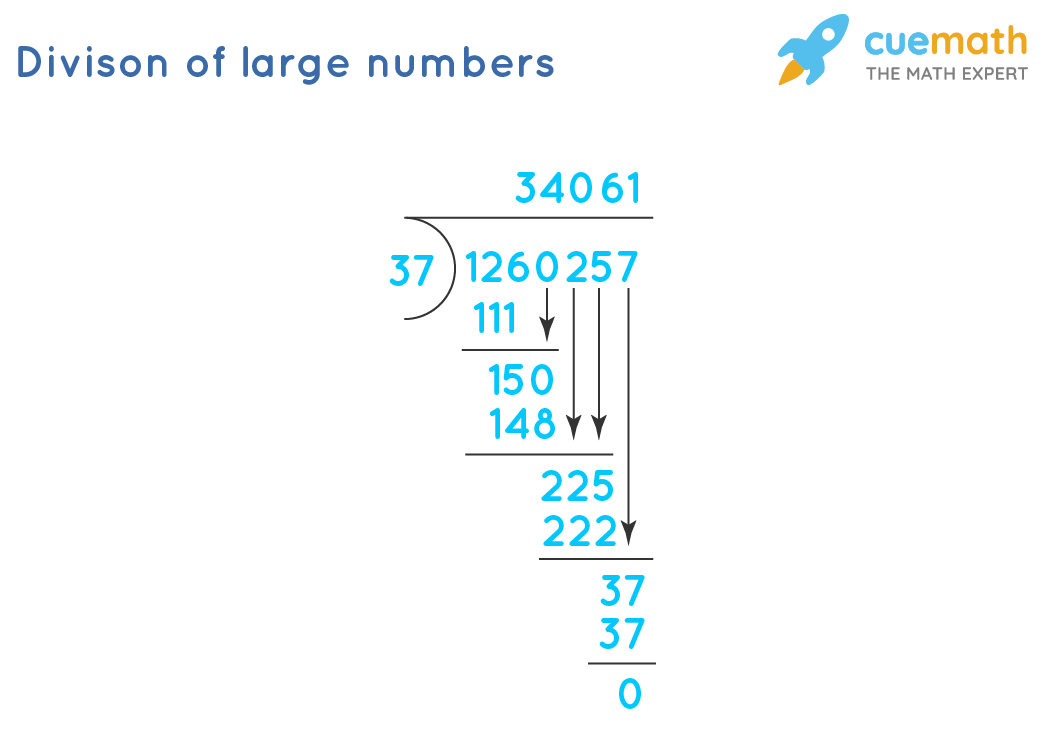 What is the Meaning of Large Numbers?

Large numbers are usually bigger numbers that are not used so much in our day-to-day lives. They are mostly used while calculating a country's population or while counting the money in a bank account. For example, 1 million and 1 billion are considered as large numbers.

How do we Read Large Numbers?

While reading or writing large numbers, we always begin from the left and move on to the right. It is always better to position the numbers according to their place value system. According to the Indian place-value system while reading large numbers we divide the numbers into periods named as units, thousands, and lakhs. For example: 24,12,340 is written and read as twenty-four lakh, twelve thousand, three hundred and forty. According to the International place value system, the periods are named as ones, thousands, millions, and billions, and so on. So, the same number 2,412,340 is written and read as two million, four hundred twelve thousand, three hundred and forty.

1,000,000 is read as one million as per the international place value system.

Is a 10-digit Number a Billion?

How do we Write Large Numbers?