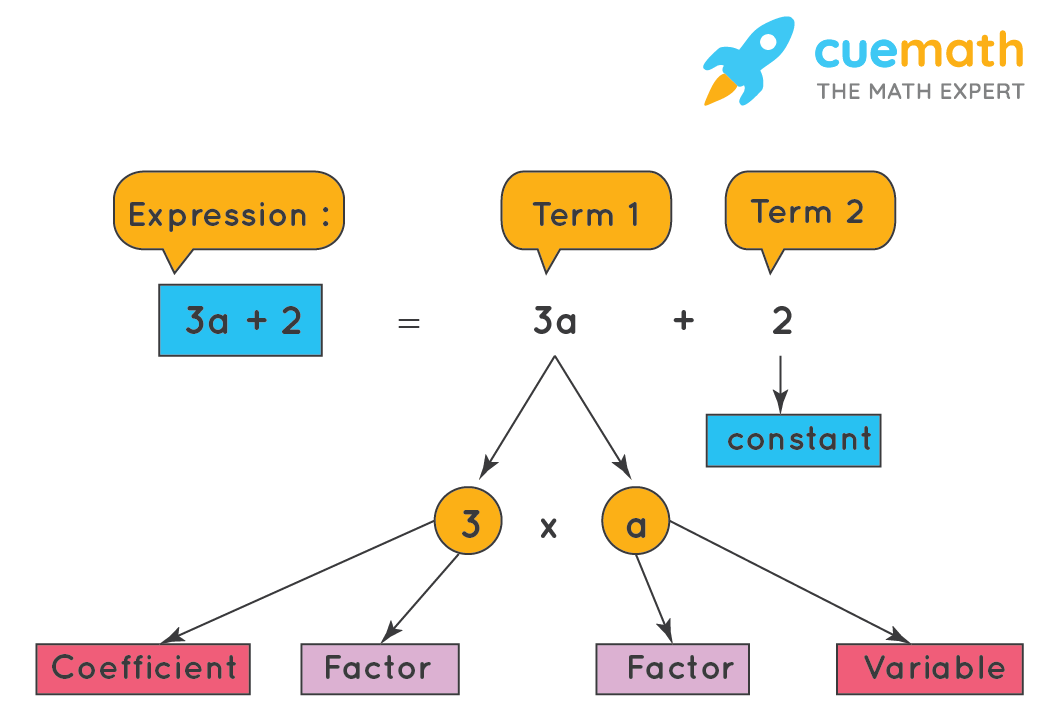 Term, Factors and Coefficient of Expression

Let's understand the different parts of an expression with an example. Consider a2- 6a + 9.

Several parts of an algebraic expression separated by + or - signs are called the terms of the expression. The terms can be single numbers, variables, or the product of a number and variable. On the basis of the number of terms, the polynomials are classified as monomial, binomial, trinomial. Thus we get polynomials derived from the Greek words poly and nomial meaning many terms. The terms can be like terms or unlike terms.

Factors are part of the product. 5y denotes 5 × y where 5 and y are multiplied together to form 5y and thus both are the factors of this term 5y. Expressing the term as a product of 2 or more variables or numbers is called factorization. We might require to factorize any given algebraic expression. For example, y2 + y is factorized as y(y+1), which means that y and y+1 are factors of  y2 + y and a2- b2 = (a+b)(a-b), which means (a+b) and (a-b) are the factors of a2- b2.

Here are a few interesting articles related to expressions:

How Do You Find the Coefficient of an Expression?

How Do You Identify the Factors of The Terms of an Expression?

A term in an expression is a single number or a variable separated by a + or - sign. An expression can have one term or many terms.

Is Constant a Coefficient?

What Is the numerical coefficient of 5x?

The numerical coefficient of 5x is 5. 5x denotes 5 multiplied by x.