Types of Triangles
Go back to  'Triangles'

Did you know that the triangle is the strongest shape?

It is the most stable and rigid shape used in construction.

Let's see some examples of the triangle shape that we see around us.

A pizza slice and nachos are two of the yummiest triangular-shaped food item we see.

Exploring Types of Triangles in Math

Here's an activity for you. You can now visualize various types of triangles in math based on their sides and angles. Try changing the position of the vertices to understand the relationship between sides and angles of a triangle.

What Is a Triangle?

A triangle is a 2-dimensional geometric shape with three sides and three vertices. We deal with various types of triangles in math, we will study them all as we proceed. 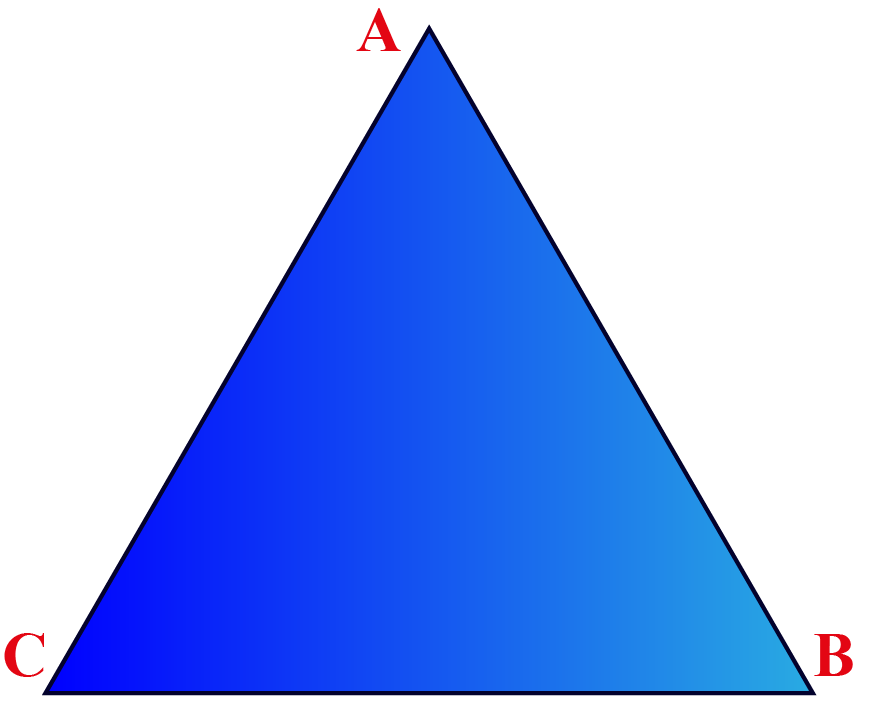 The vertices of the given triangle are A, B, and C.

The sides of the given triangle are AB, BC, and AC.

Further, we will study the types of triangle and their properties.

Types of Triangles and Their Classification

There are different types of triangles in math based on their sides and angles.

Properties of a Triangle

Few important properties of triangle are given below: 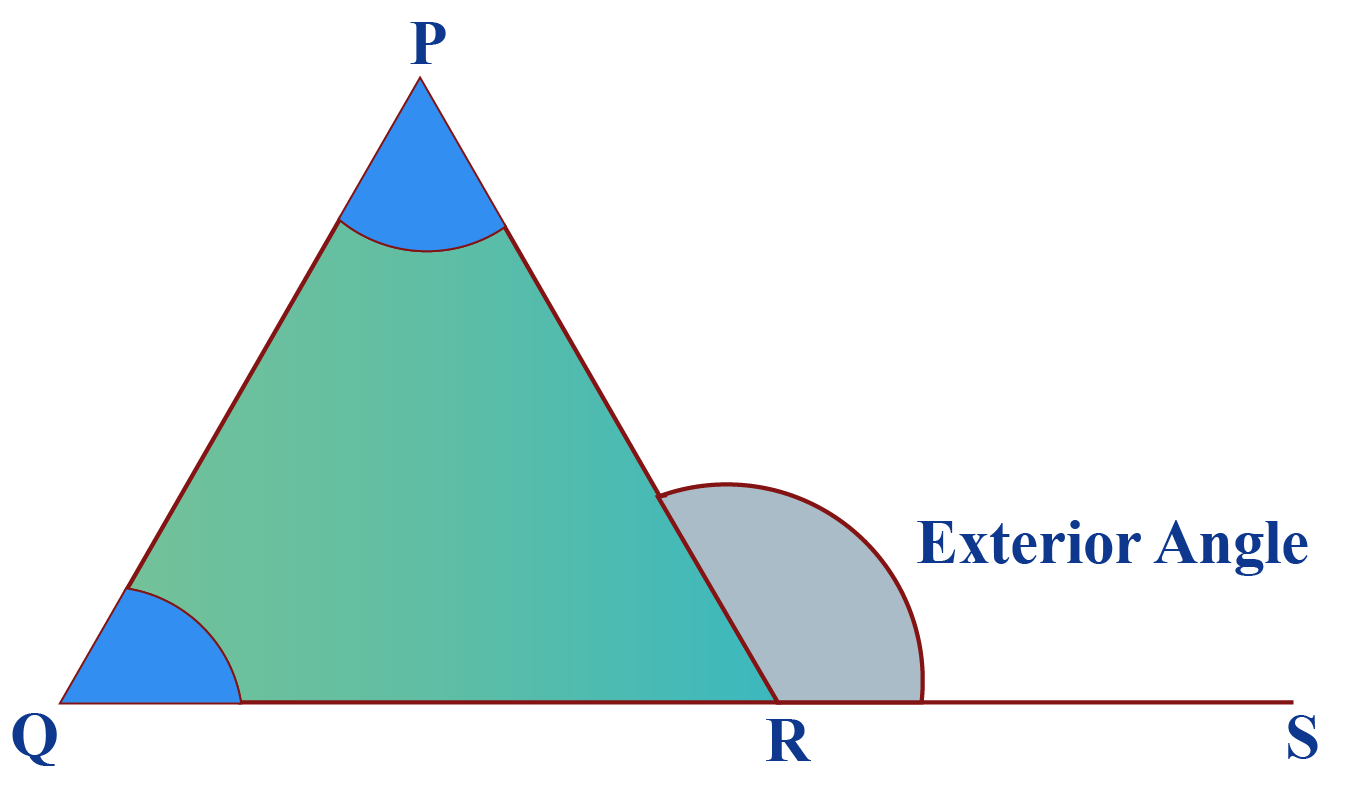 Sides and Angles of a Triangle and Why Are They Important?

Sides and angles are very important aspects of a triangle. We can classify various types of triangles in math by combining sides and angles.

How to Identify Triangle Type According to the Side Length?

The types of triangle by sides are: 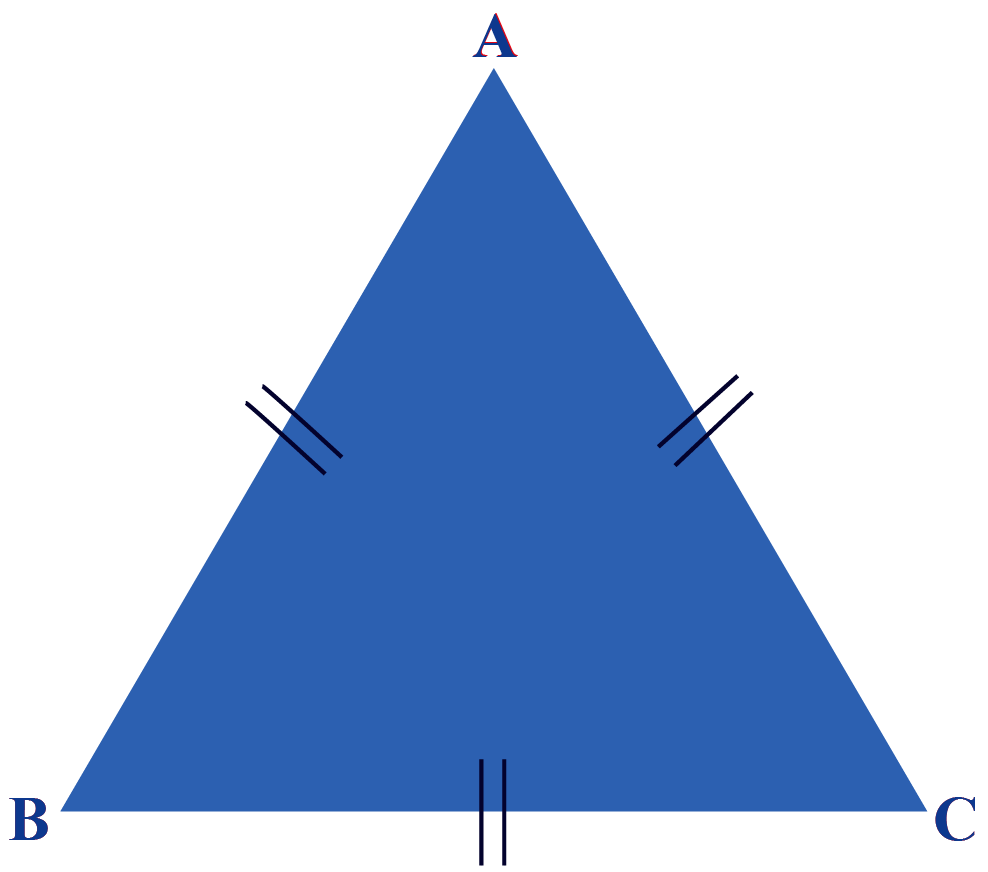 The symbol "=" on each side denotes that the sides are equal. 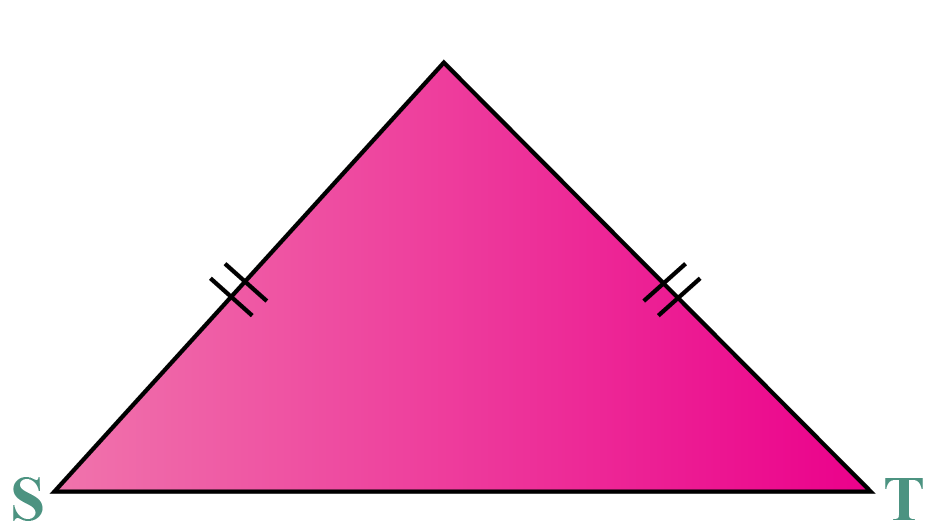 In the above triangle, you can see that two sides are marked "=" to denote that those sides are equal. 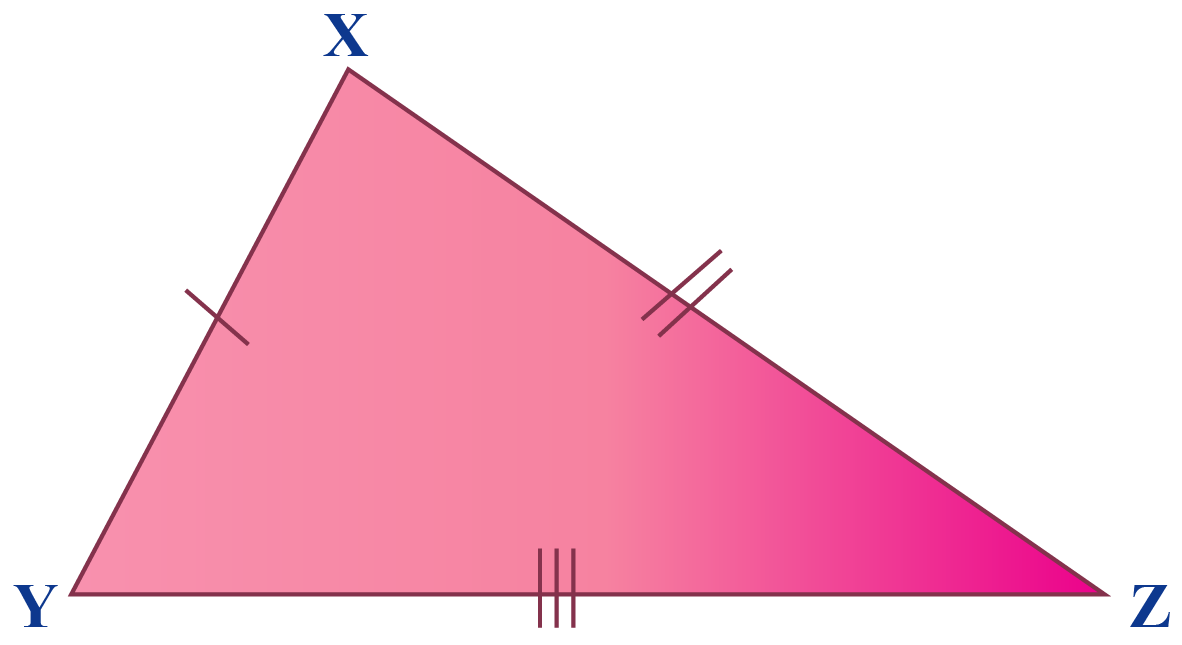 Triangles by Their Angles In the above image, look at the vertex C. It is marked with a square-shaped symbol.

Types of Triangle by Sides and Angles

The combination of all the types of triangles helps us to classify them. 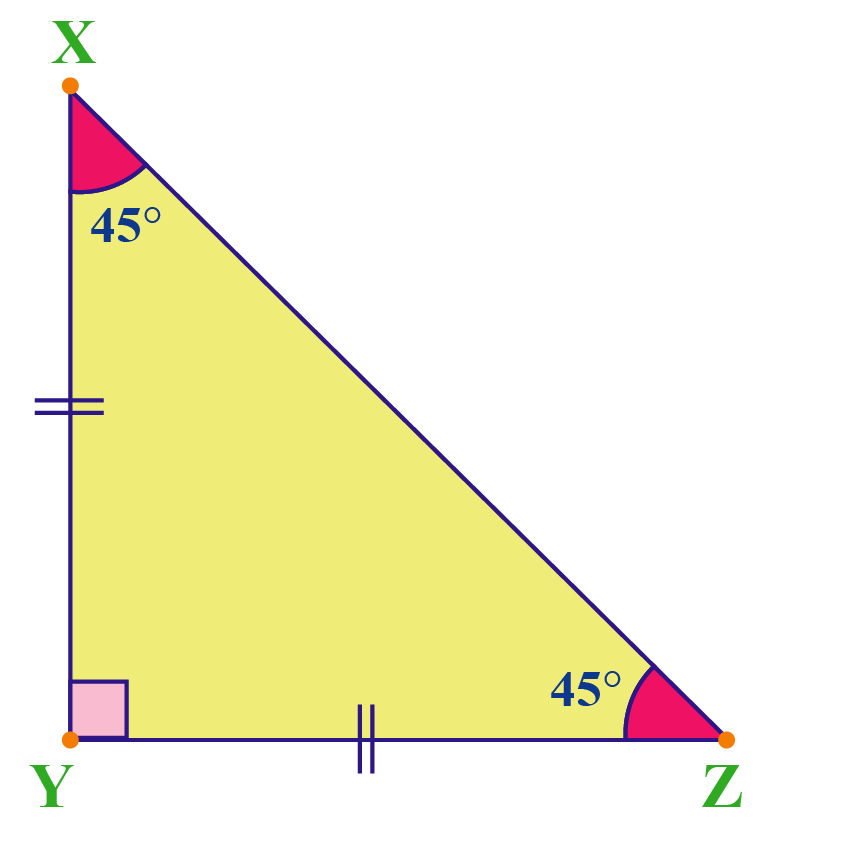 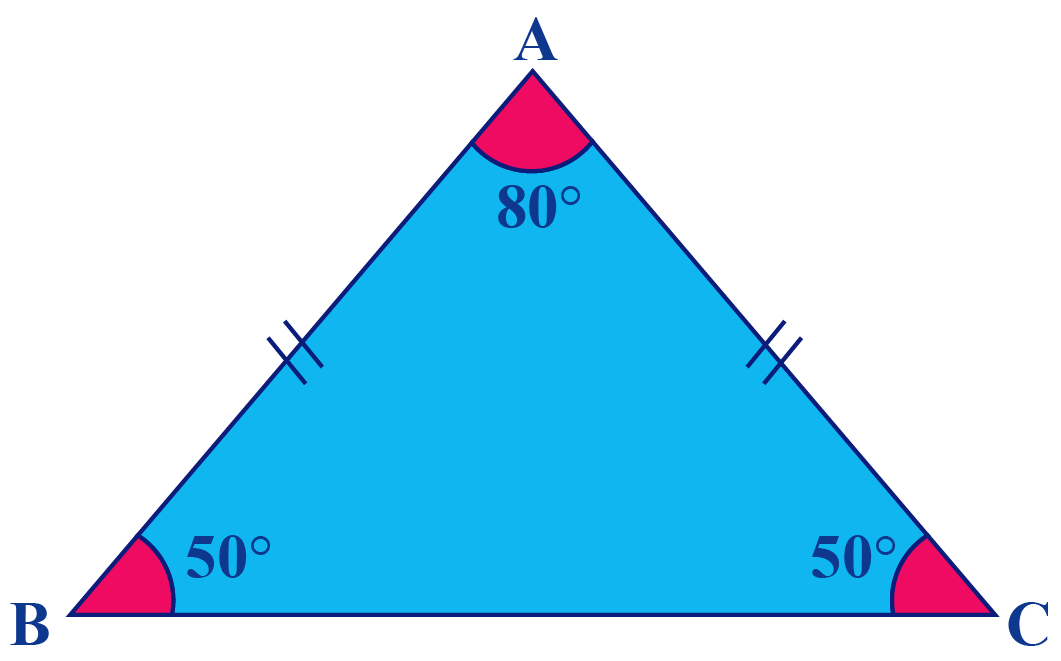 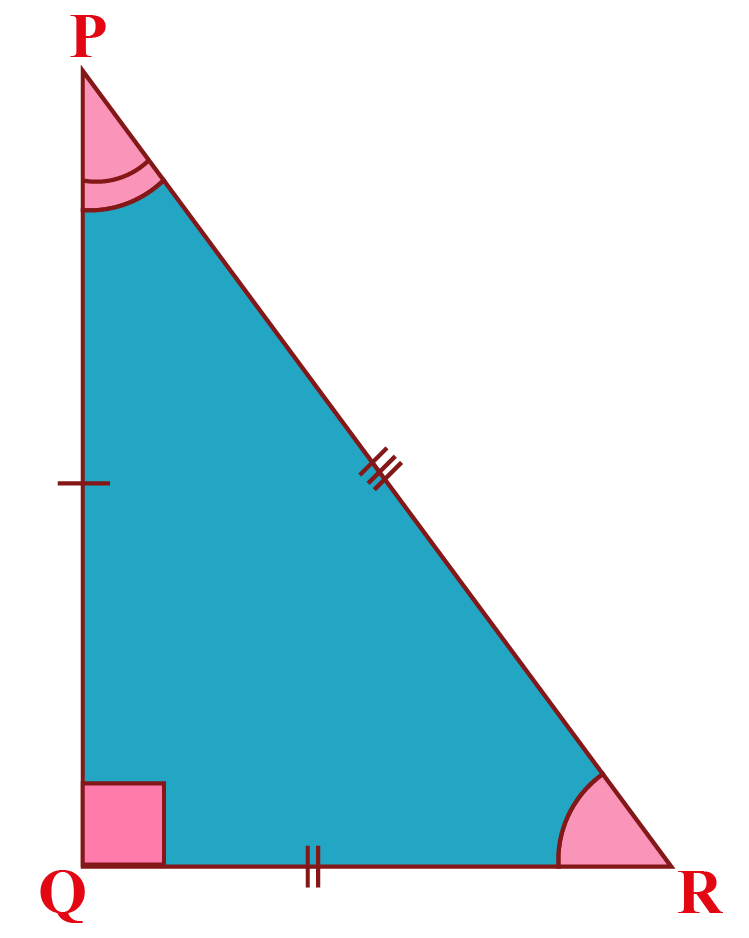 Let's now see few problems based on the types of triangles and their properties.

What will the measure of each angle in an equilateral triangle?

All the interior angles are equal in an equilateral triangle.

The sum of the three angles should be 180° in a triangle.

Therefore each side should measure 60°

The length of the two sides of a triangle is equal. Identify the type of triangle.

In a scalene triangle, the length of none of the sides of the triangle will be equal.

In an isosceles triangle, the length of two sides of the triangle will be equal.

Acute angled triangle is a classification based on angles.

Alvin gave the measure of vertex angles of a triangle as 81°, 90°, and 70°. Check these measures right or wrong.

The sum of the angles of the triangle should be 180°

Edward drew this triangle in the math class. Identify the type of triangle according to the side lengths given. Edward has drawn a triangle giving different lengths for each side.

A triangle has 3 equal sides and 3 equal angles. What is the name of the triangle?

In an isosceles triangle, only two sides are equal.

In a scalene triangle, no sides are equal.

In an equilateral triangle, all three sides and angles are equal.

The mini-lesson targeted the fascinating concept of types of triangle in math. The math journey around types of triangle and their properties starts with what a student already knows, and goes on to creatively crafting a fresh concept in the young minds. It is not only relatable and easy to grasp, but will also stay with them forever. Here lies the magic with Cuemath.

1. Which triangle has two congruent sides?

The angles opposite to the two sides of the same length are congruent.

2. Name a triangle that has a curved side?

3. Does an equilateral triangle have equal angles?

Each of the three angles is 60 degrees. They add up to 180 degrees.