The triangle is a closed polygon that has three angles, three sides, and three vertices. Based upon the length of sides and measure of angles, the triangles are classified into different types of triangles. Properties of a triangle help us to identify a triangle from a given set of figures easily and quickly.

In the beginning, we start from understanding the shape of triangles, their types, and properties, theorems based on them such as Pythagoras theorem, etc. Let us learn here some basic properties of triangles. 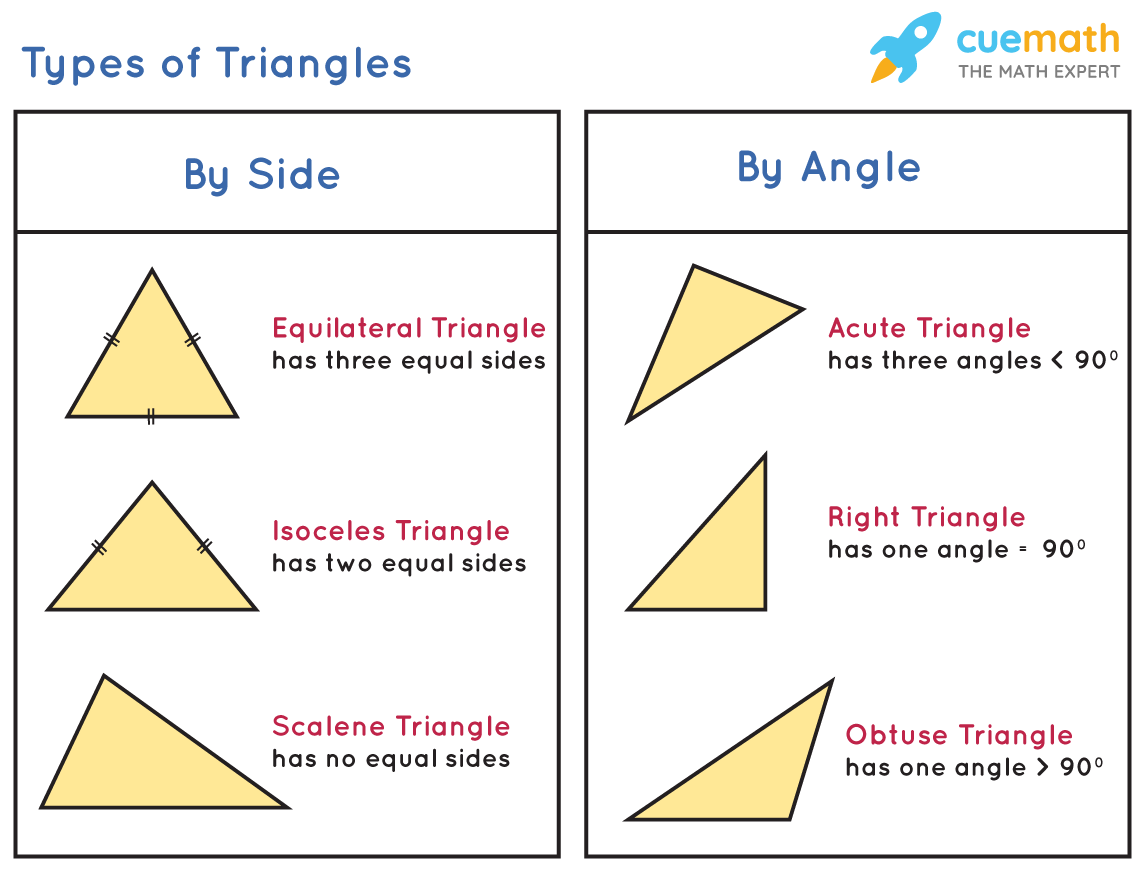 As per the angle sum property, the sum of the three interior angles of a triangle is always 180°. As per the triangle inequality property, the sum of the length of the two sides of a triangle is greater than the third side. As per the Pythagorean theorem, in a right triangle, the square of the hypotenuse equals the sum of the squares of the other two sides. Mathematically, it can be expressed as Hypotenuse² = Base² + Altitude². Property 4 - Side opposite the greater angle is the longest side

In order to understand the side opposite the greater angle is the longest side property, let's take the below-given triangle into consideration. In this triangle, angle B is the greatest angle. Thus, the side AC is the longest side. As per the Congruence Property, two triangles are said to be congruent if all their corresponding sides and angles are equal. The basic triangle properties such as the area and perimeter of a triangle are given below.

Properties of a Triangle Related Topics

Check out these interesting articles to know more about properties of a triangle and its related topics.

FAQs on Properties of Triangle

What are the 5 Properties of a Triangle?

Five properties of a triangle are listed below:

How many Types of Triangles are there in Maths?

What is a Right-Angle Triangle?

A triangle that has one of the interior angles as 90 degrees is a right-angled triangle.

What is the Sum of all 3 Angles of a Triangle?

The sum of the three interior angles of a triangle is always 180°.

What do all Triangles have in Common?

Triangles come in all shapes and sizes but regardless, all triangles have three sides and three angles.

What is the Area of a Triangle?

The area of a triangle is equal to half of the product of its base and height. It is the space enclosed by the perimeter of the triangle.

What is the Triangle Inequality Theorem?

Triangle inequality states that the sum of the length of any two sides of a triangle is always greater than the length of the third side.