Is 61 a Prime Number

Did you know that the first written evidence of prime numbers was found in 1550 BC?

If a number cannot be divided into equal groups, then it is known as a prime number. 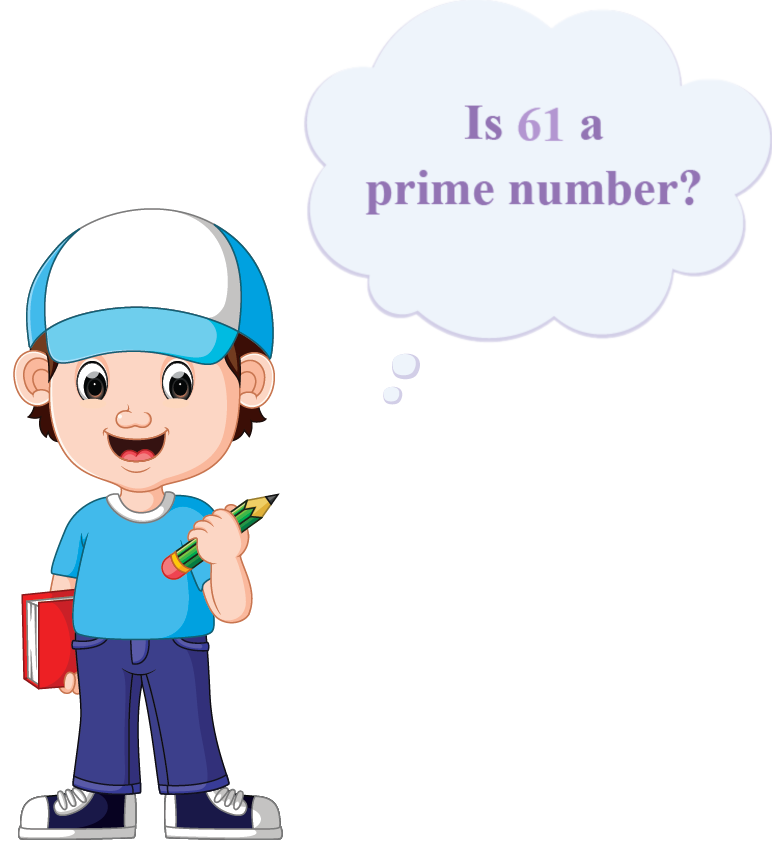 Let's find an answer to this question!

What Is a Prime Number?

A natural number that is greater than 1 which cannot be expressed as a product of any two other numbers is a prime number.

Let's determine the factors of 61 by prime factorization. 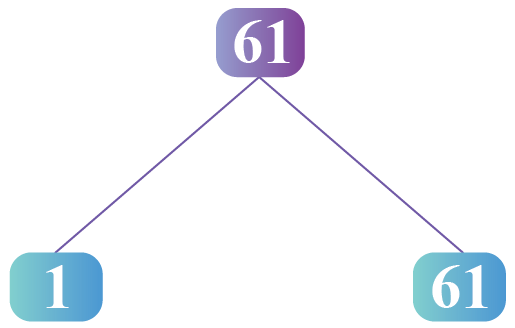 Clearly, it has only two factors.

Is 61 a Composite Number?

A composite number is a number that has more than two factors.

Moreover, if a number is not a prime number, then it is a composite number.

And vice versa is also true.

Therefore, 61 is not a composite number.

In a class, the teacher told four students to pick random prime numbers.

Who do you think has chosen a prime number?

Karen has to prove that 1 added or subtracted 61, makes it a composite number. How will she prove it?

Clearly, 62 has more than 2 factors. Thus, it is not a prime number.

It has factors other than 1 and 60, which makes it a composite number.

Hence 1 added or subtracted in 61, makes it a composite number.

The mini-lesson targeted the fascinating concept of knowing if 61 is a prime number or not. The math journey around the 61 being a prime number starts with what a student already knows, and goes on to creatively crafting a fresh concept in the young minds. Done in a way that not only it is relatable and easy to grasp, but also will stay with them forever. Here lies the magic with Cuemath.

A natural number that is greater than 1 which cannot be expressed as a product of any two other numbers is a prime number.