What Is Vector Algebra?

Vector algebra is used to perform numerous algebraic operations involving vectors. A vector is a Latin word that means carrier. Vectors carry a point A to point B. The length of the line between the two points A and B is called the magnitude of the vector and the direction or the displacement of point A to point B is called the direction of the vector AB. Vectors are also called Euclidean vectors or Spatial vectors. Vectors have many applications in maths, physics, engineering, and various other fields. 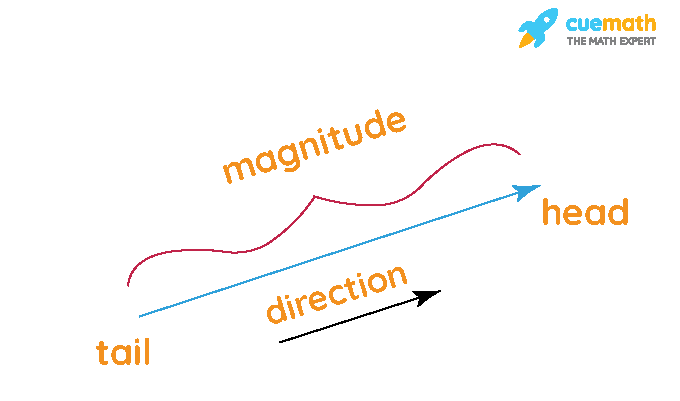 Vectors in math is a geometric entity that has both magnitude and direction. Vectors have an initial point at the point where they start and a terminal point that tells the final position of the point. Various algebraic operations such as addition, subtraction, and multiplication can be performed in vector algebra. Many of the physical quantities such as velocity, displacement, acceleration, force are all vector quantities that have a magnitude as well as a direction.

Vectors are usually represented in bold lowercase such as a or using an arrow over the letter as \(\vec{a}\). Vectors can also be denoted by their initial and terminal points with an arrow above them, for example, vector AB can be denoted as \(\overrightarrow{AB}\). The standard form of representation of a vectors is \(\vec{A}=a \hat{i}+b\hat{j}+c\hat{k}\). Here, a,b,c are real numbers and \(\hat{i}, \hat{j}, \hat{k}\) are the unit vectors along the x-axis, y-axis, and z-axis respectively.

The initial point of a vector is also called the tail whereas the terminal point is called the head. Vectors describe the movement of an object from one place to another. In the cartesian coordinate system, vectors can be denoted by ordered pairs. Similarly, vectors in 'n' dimensions can be denoted by an 'n' tuple. Vectors are also identified with a tuple of components which are the scalar coefficients for a set of basis vectors. The basis vectors are denoted as: e1 = (1,0,0), e2 = (0,1,0), e3 = (0,0,1)

The magnitude of a vector is a scalar value.

Vectors that have 0 magnitude are called zero vectors, denoted by \(\overrightarrow{0}\) = (0,0,0). The zero vector has zero magnitudes and no direction. It is also called the additive identity of vectors.

Vectors that have magnitude equals to 1 are called unit vectors, denoted by \(\hat{a}\). It is also called the multiplicative identity of vectors. The magnitude of a unit vectors is 1. It is generally used to denote the direction of a vector.

Two or more vectors are said to be equal if their corresponding components are equal. Equal vectors have the same magnitude as well as direction. They may have different initial and terminal points but the magnitude and direction must be equal.

Two or more vectors in space are said to be orthogonal if the angle between them is 90 degrees. In other words, the dot product of orthogonal vectors is always 0. a·b = |a|·|b|cos90° = 0.

Vectors that have the same initial point are called co-initial vectors.

Some basic operations in vector algebra can be performed geometrically without taking any coordinate system as a reference. These various operations which can be performed on vectors are addition, subtraction, and multiplication by a scalar. Also, the two different ways of multiplication of vectors are the dot product and the cross product of vectors. The different operations in vector algebra are as follows.

Let us understand each of these operations in vector algebra in the below paragraphs.

Adding vectors is similar to adding scalars. The individual components of the respective vectors are added to get the final value:

The addition of vectors is commutative and associative. There are two laws of vector addition:

Triangle Law of Addition of Vectors: The law states that if two sides of a triangle represent the two vectors (both in magnitude and direction) acting simultaneously on a body in the same order, then the third side of the triangle represents the resultant vector. 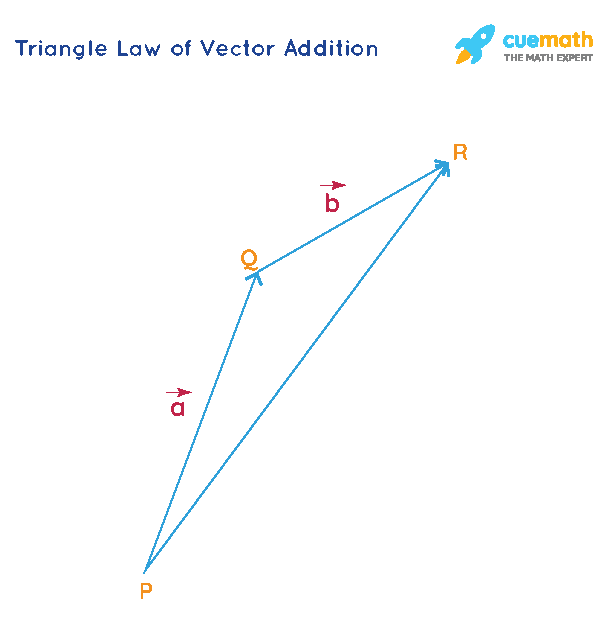 Parallelogram Law of Addition of Vectors: The law states that if two co-initial vectors acting simultaneously are represented by the two adjacent sides of a parallelogram, then the diagonal of the parallelogram represents the sum of the two vectors, that is, the resultant vector starting from the same initial point. 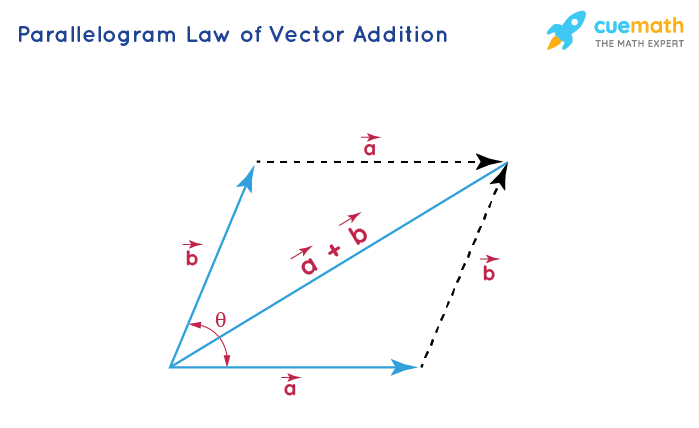 The multiplication of vectors with any scalar quantity is defined as 'scaling'. Scaling in vectors only alters the magnitude and does not affect the direction. Some properties of scalar multiplication in vectors are given as,

Vectors can be multiplied but their methods of multiplication are slightly different from that of real numbers. There are two different ways to multiply vectors:

The resultant of a dot product of two vectors is a scalar value, that is, it has no direction.

The vector components are represented in a matrix and a determinant of the matrix represents the result of the cross product of the vectors. 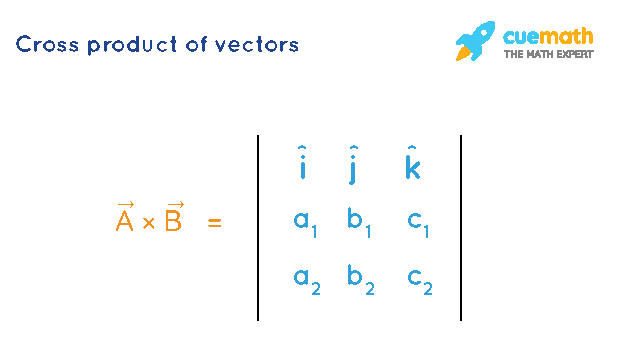 Some of the important properties in vector algebra are as follows.

What is Vector Algebra?

Vector algebra helps in the representation of geometrical or physical quantities that possess both magnitude and direction in which the object is moving. The magnitude of a vector indicates the length of the vector. It is generally represented by an arrow pointing in the direction of the vector. A vector a is denoted as a1 \( \hat i\) + b1 \( \hat j\) + c1 \( \hat k\), where a1, b1, c1 are its components.

What are the Uses of Vector Algebra In The Physical World?

The physical quantities of displacement, velocity, position, force, torque, are all represented in a three-dimensional plane using the concept from vector algebra. Further the numerous operations of addition, multiplication of these quantities is possible in vector algebra.

How Do We Solve In Vector Algebra?

The vector algebra problems are solved using some of the standard formulas. There are different formulas that can be used to perform operations on vectors in vector algebra. Some of these are as given below,

What are the Properties of Vectors in Vector Algebra?

There are several properties of vectors in vector algebra. A few of them are as follows.

How Are the Applications Of Vector Algebra?

In our daily life, you may think of vector algebra being used to represent the velocity of an aircraft, where both the speed and the direction of movement of the aircraft are to be known. Electromagnetic induction involves an interplay of electric forces and magnetic forces.

When are Two Vectors said to be Perpendicular in Vector Algebra?