Weighted average is considered the average where a weight is assigned to each of the quantities that are needed to be averaged. This weighting helps us in determining the respective importance of each quantity, on average. A weighted average can be considered to be more accurate than any simple average, as all the numbers in the set of data are assigned with identical weights. Let us explore the topic of weighted average, by understanding what is the meaning of weighted average, real-life examples, and solve a few examples using the formula.

What is the Meaning of Weighted Average?

When some quantities are more important than the others and do not contribute equally to the final result thus multiplying them to a coefficient is called weighted average. It is a simple process of deriving at an average value between two or quantities when weight is added to it. For example, a student realizes that the scores after an exam is two times more important than the scores acquired during the quiz. This is called the weighted average method.

A few real-life examples would help us better understand this concept of weighted average.

A teacher evaluates a student based on the test marks, project work, attendance, and class behavior. Further, the teacher assigns weights to each criterion, to make a final assessment of the performance of the student. The image below shows the weight of all the criteria that help the teacher in her assessment. The average of the weights helps in showing a clear picture.

A customer's decision to buy or not to buy a product depends on the quality of the product, knowledge of the product, cost of the product, and service by the franchise. Further, the customer assigns weight to each of these criteria and calculates the weighted average. This will help him in making the best decision while buying the product.

For appointing a person for a job, the interviewer looks at his personality, working capabilities, educational qualification, and team working skills. Based on the job profile, these criteria are given different levels of importance(weights) and then the final selection is done. 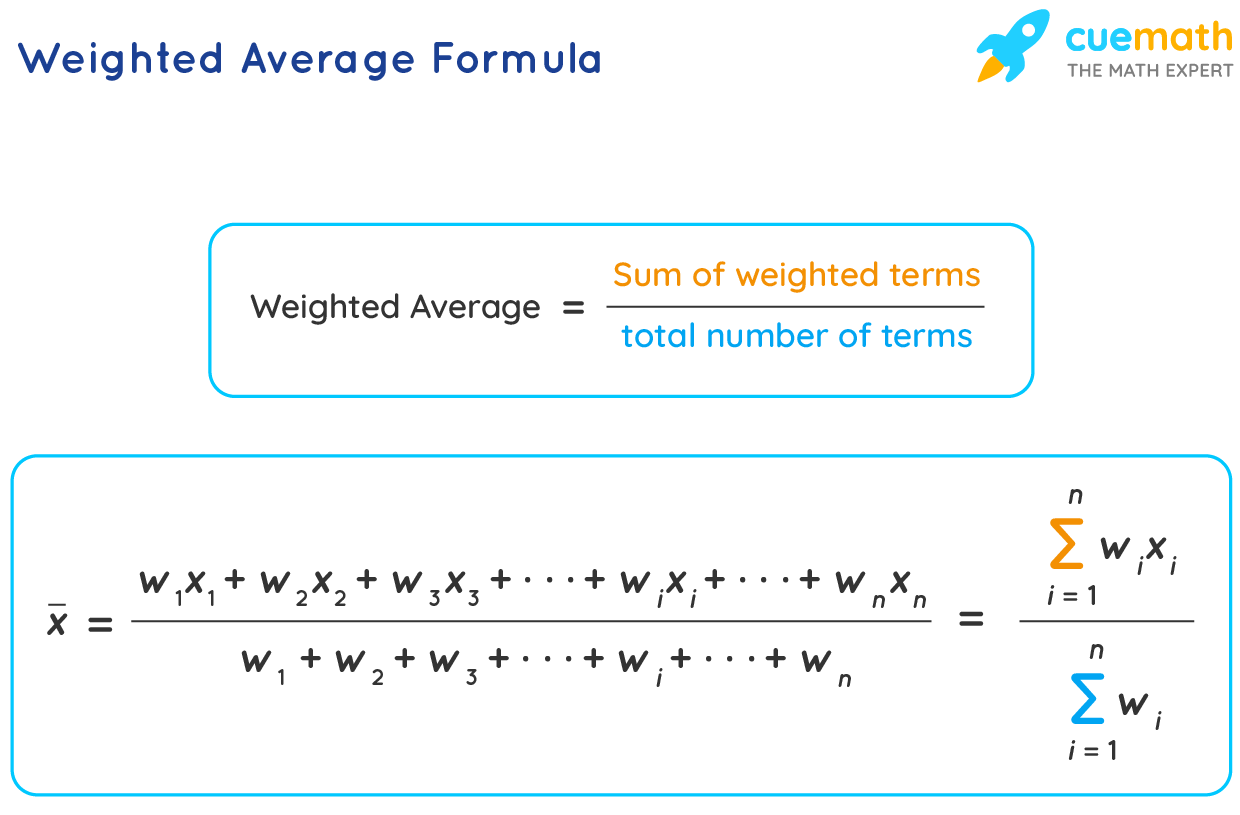 Let us look at an example to understand this better.

Example: The below table presents the weights of different decision features of an automobile. With the help of this information, we need to calculate the weighted average.

Solution: Let us now calculate the final rating of the automobile using the concept of weighted average.

Listed below are a few topics that are related to a weighted average.

What is Weighted Average?

How to Calculate Weighted Average?

We use the following weighted average formula for calculation.

What is Weighted Average Cost of Capital?

To calculate the weighted average we need to follow the following steps given below:

How To Calculate the Sum of Weighted Terms Using the Weighted Average Formula?

What Is the Use of Weighted Average Formula?

The weighted average formula is used to calculate the mean weighted value of the data with n terms. It is described as (Sum of weighted terms/Total number of terms).