An ordered pair, as its name suggests, is a pair of elements that have specific importance for the order of their placements. Ordered pairs are usually used in coordinate geometry to represent a point on a coordinate plane. Also, they are used to represent elements of a relation.

Let us learn more about ordered pairs along with its definition, meaning, properties, and more.

What is an Ordered Pair?

An ordered pair is a pair formed by two elements that are separated by a comma and written inside the parantheses. For example, (x, y) represents an ordered pair, where 'x' is called the first element and 'y' is called the second element of the ordered pair. These elements have specific names according to what context they are being used and they can be either variables or constants. The order of the elements has a certain importance in an ordered pair. It means (x, y) may not be equal to (y, x) all the time. 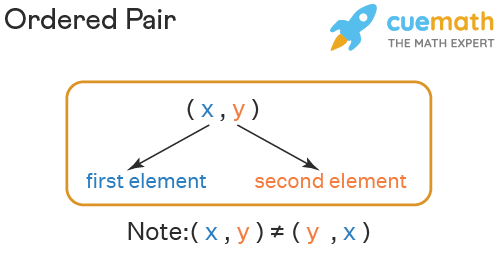 In these steps, |x| and |y| represent the absolute values of x and y respectively.

Let's start from the origin, move to the right by 4 units (as 4 is positive) and then move down by 3 units (as 3 is negative). 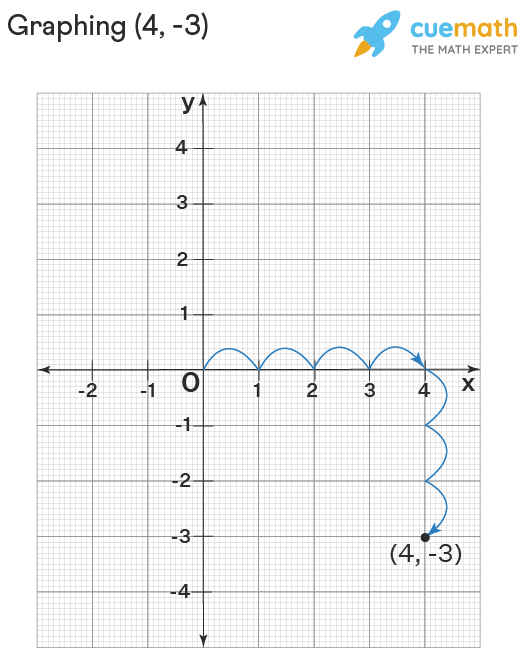 The order of the elements in an ordered pair is important and hence the name "ordered" pair. For example, (4, -3) and (-3, 4) are located at different positions on the plane as shown below. 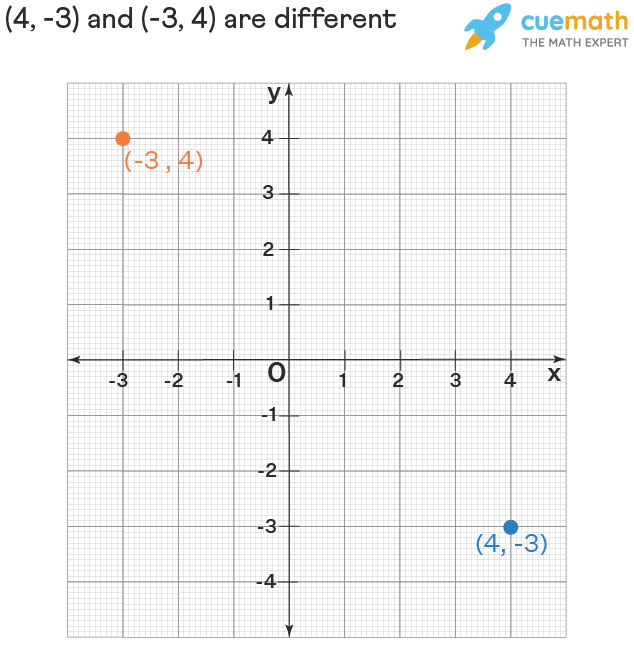 We can see in the above figure that the coordinate plane is divided into 4 parts by the x and y axes. Each of these 4 parts is known as a quadrant. The signs of x and y in an ordered pair (x, y) of a point differs depending upon the quadrant and they are shown in the table below.

What is the Definition of Ordered Pair?

What is an Ordered Pair in Math?

In math, an ordered pair is a pair of two elements (numbers or variables or combination of both number and variable) that is of the form (x, y) where the order of the elements x and y is important. It means (x, y) may/may not be equal to (y, x).

What is the Process of Graphing Ordered Pairs?

To graph an ordered pair (a, b), calculate their absolute values |a| and |b| first. Then graph it using the following steps:

What are the Applications of Ordered Pair?

The ordered pairs in math are used:

What is the Equality Property of Ordered Pairs?

Give Examples of Ordered Pairs in Different Contexts.