SAS- Side Angle Side Congruence and Similarity

The word "congruent" for figures means equal in every aspect, majorly in terms of shape and size. The relation of two congruent figures is described by congruence. Congruence is the term used to describe the relation of two figures that are congruent. Now let's discuss the SAS congruence of triangles. In order to be sure that the two triangles are similar, we do not necessarily need to inquire about all sides and all angles. Congruence of triangles means:

In this mini-lesson, we will learn about the SAS similarity theorem in the concept of the SAS rule of congruence, using similar illustrative examples.

What do you mean by Side Angle Side?

SAS congruence is the term which is also known as Side Angle Side congruence, which is used to describe the relation of two figures that are congruent. Let's discuss the SAS congruence of triangles in detail to understand the meaning of SAS. Look at ΔABC and ΔPQR: 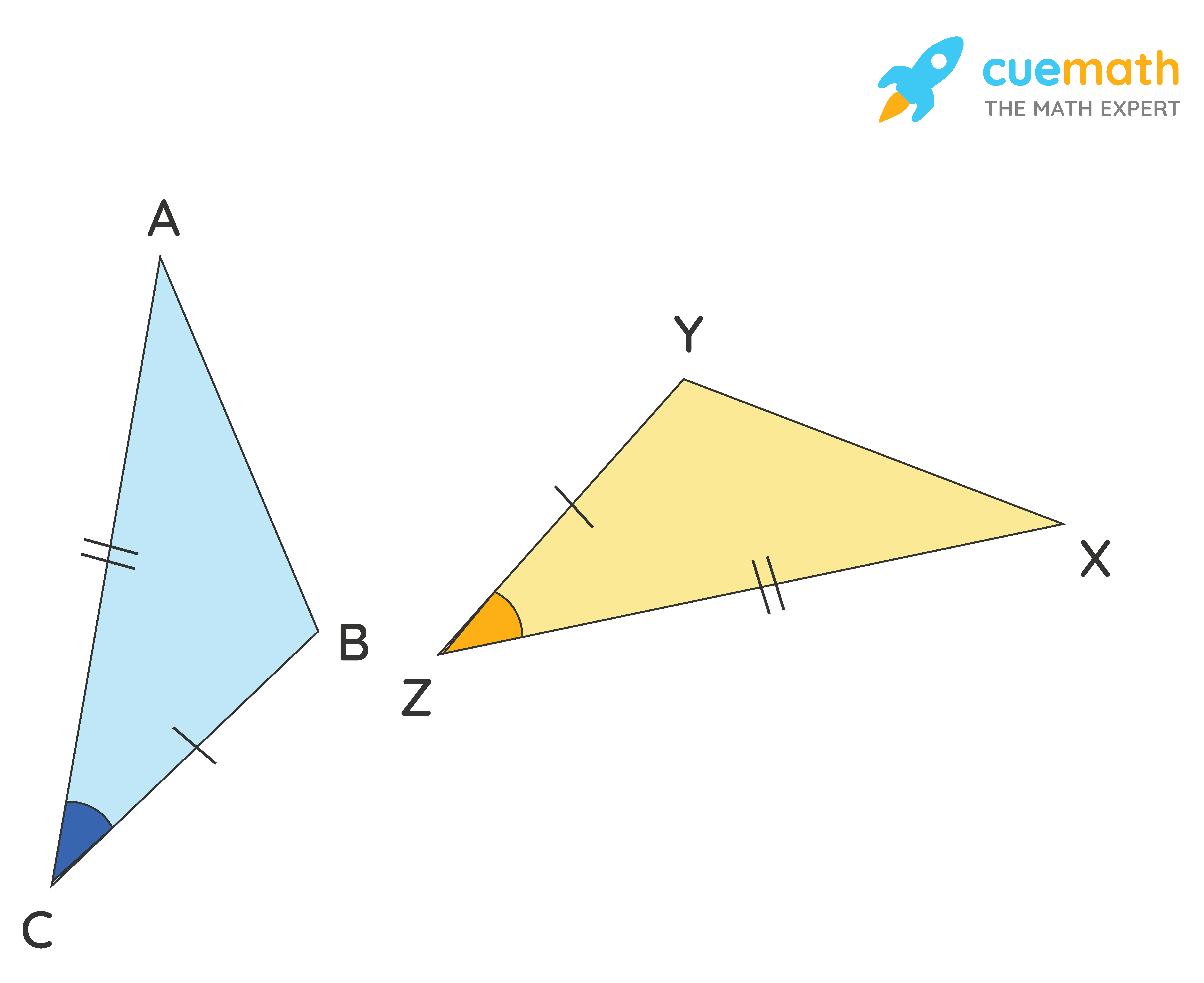 Let's perform an activity to show the proof of SAS. Given: AB=PQ, BC=QR, and ∠B=∠Q. To prove: ΔABC ≅ ΔPQR 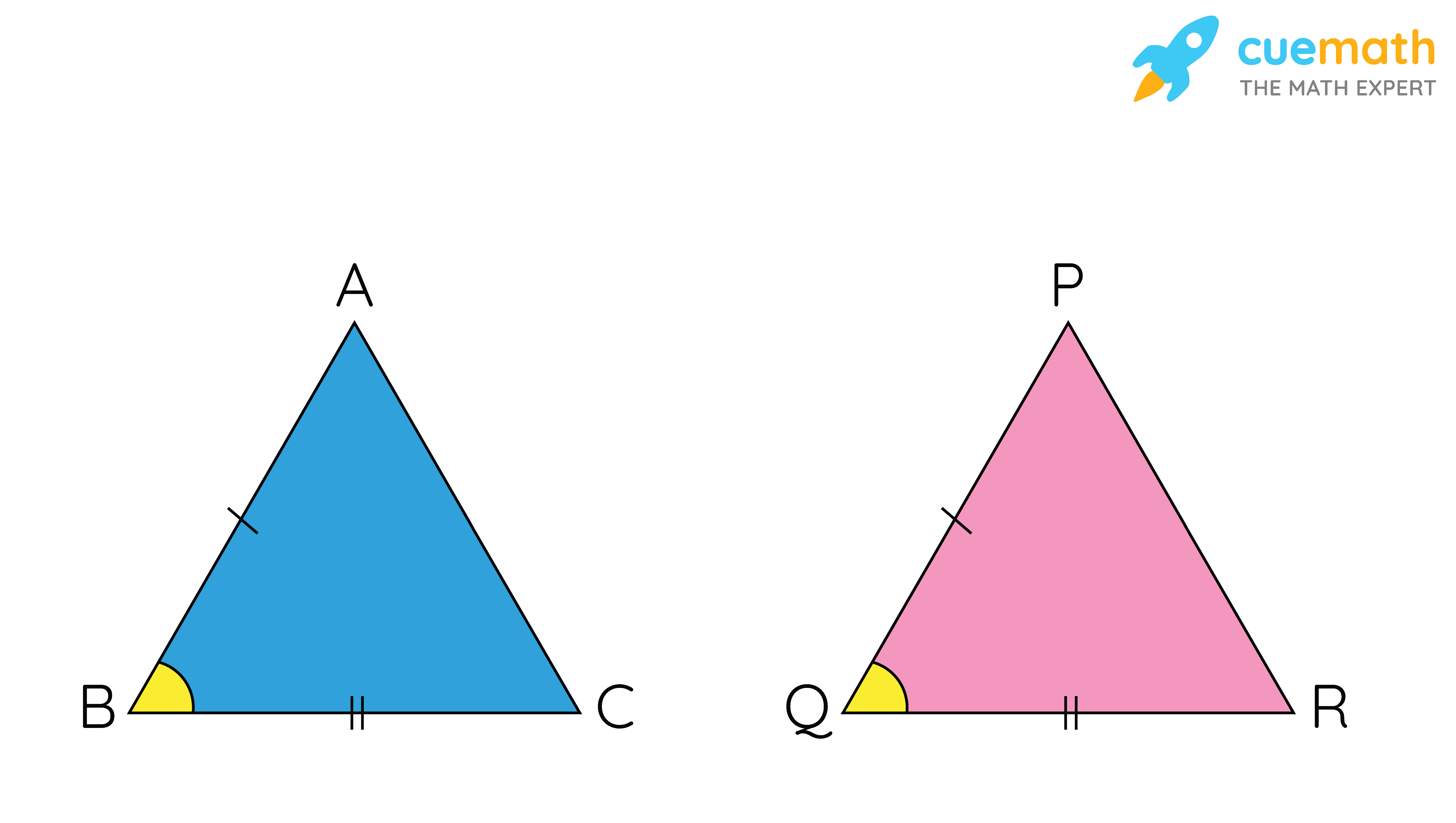 So, ΔABC will coincide with ΔPQR. Therefore, ΔABC≅ΔPQR. This demonstrates SAS criterion of congruence. 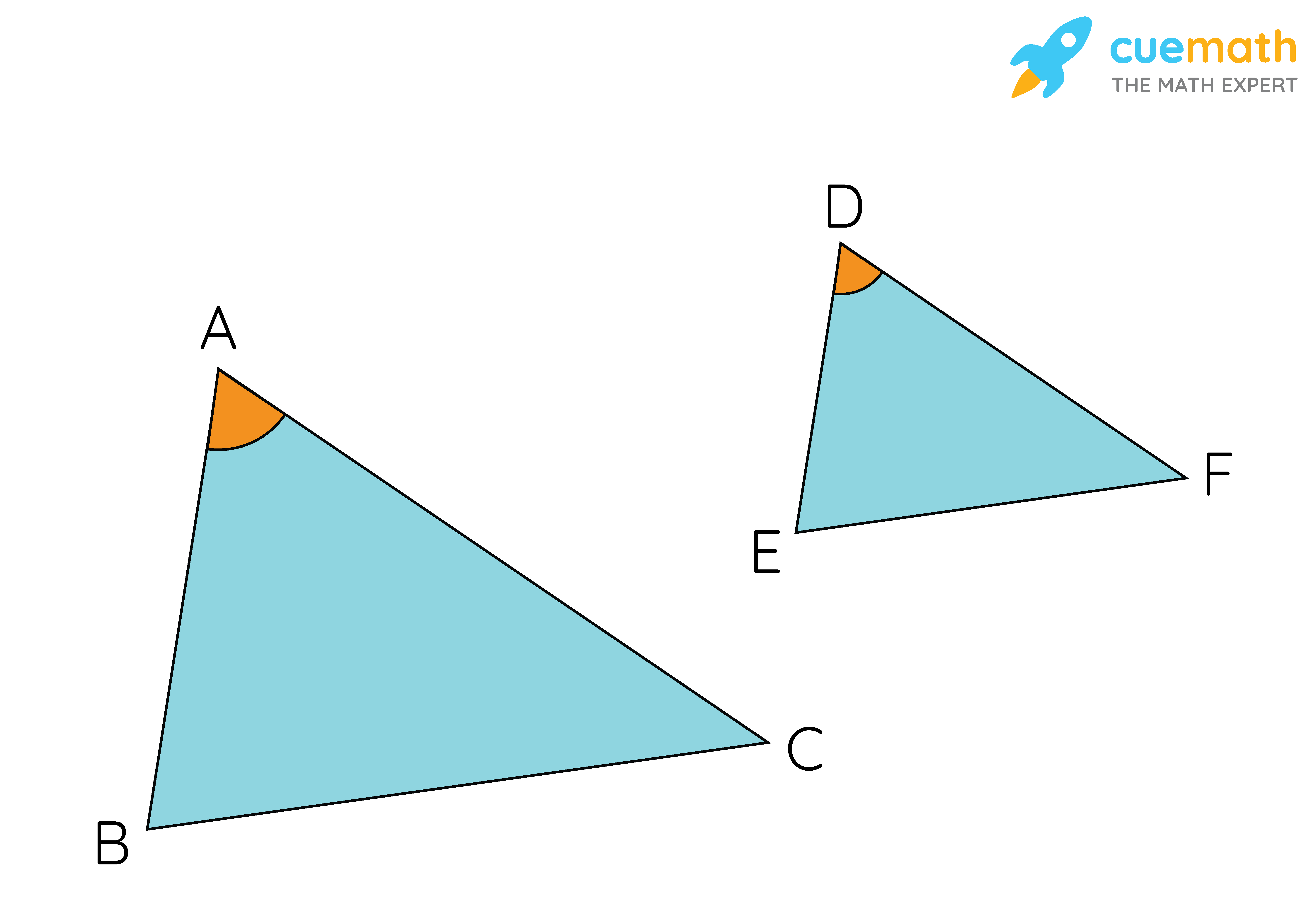 Given: DE/AB=DF/AC and ∠D=∠A. To prove:  ΔDEF is similar to ΔABC
The SAS criterion tells us that ΔABC ~ ΔDEF. Let us see the justification of this. 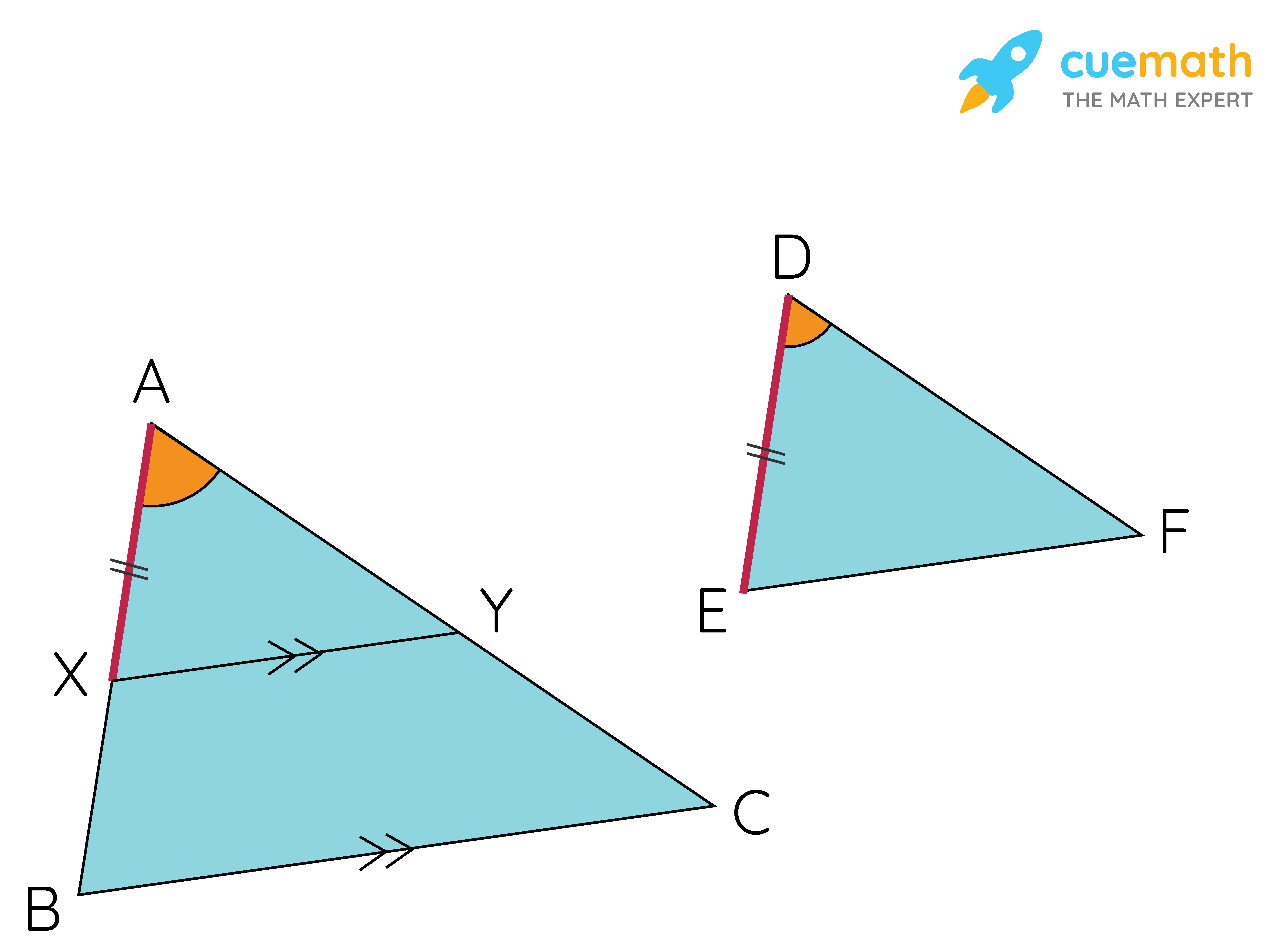 Now, we will show that ΔAXY and ΔDEF are congruent. It is given that DE/AB=DF/AC....(2)

While we already have, ΔAXY ~ ΔABC. This means ΔDEF and ΔABC are similar. Hence Proved.

How do you Solve a SAS Triangle?

Observe the triangle ABC where 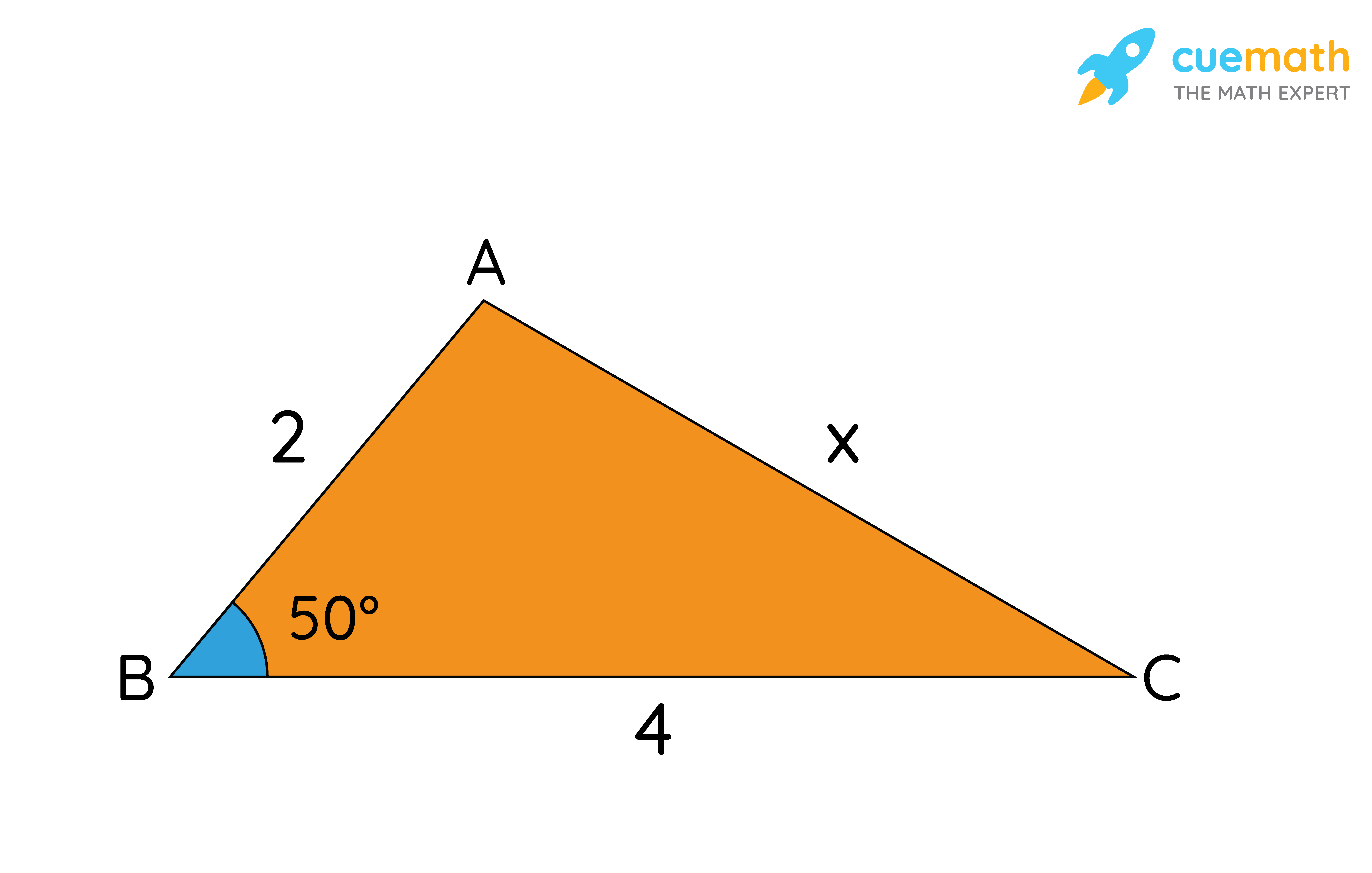 Now, to find the value of side AC, we will use the law of cosine.

Now apply the sine rule in the triangle ABC and calculate the value of ∠C.

Related Articles on SAS-Side Angle Side Congruence and Similarity

How do you Prove the SAS Congruence Rule?

What is a SAS Triangle?

A triangle whose two sides and the angle formed by them is known as a SAS triangle.

What is the SAS Axiom?

How do you Prove the SAS Similarity Theorem?

What is the Difference Between SAS and SSS?

Both SAS and SSS rules are the triangle congruence rules. The full form of SAS is "Side-Angle-Side" and SSS stands for "Side-Side-Side."

What are the Four Triangle Similarity Theorems?

The Four triangle similarity theorems are:

What does SAS Mean in Math?

SAS stands for the Side-Angle-Side theorem in the congruency of triangles. The SAS congruency is used when two triangles have one angle common and two sides equal, so as to prove that such triangles are congruent.