22 in Binary
Go back to  'Number Systems'

Language is a medium to communicate with each other or to express our feelings. Even computers have their own language, which is read in zeroes and ones. And the cool thing is that a word, a number, an image, or audio is converted into zeroes and ones.

In math, we follow a standard system to represent the numbers that are called a number system.

We have four different types of number systems with different bases. They are classified as: 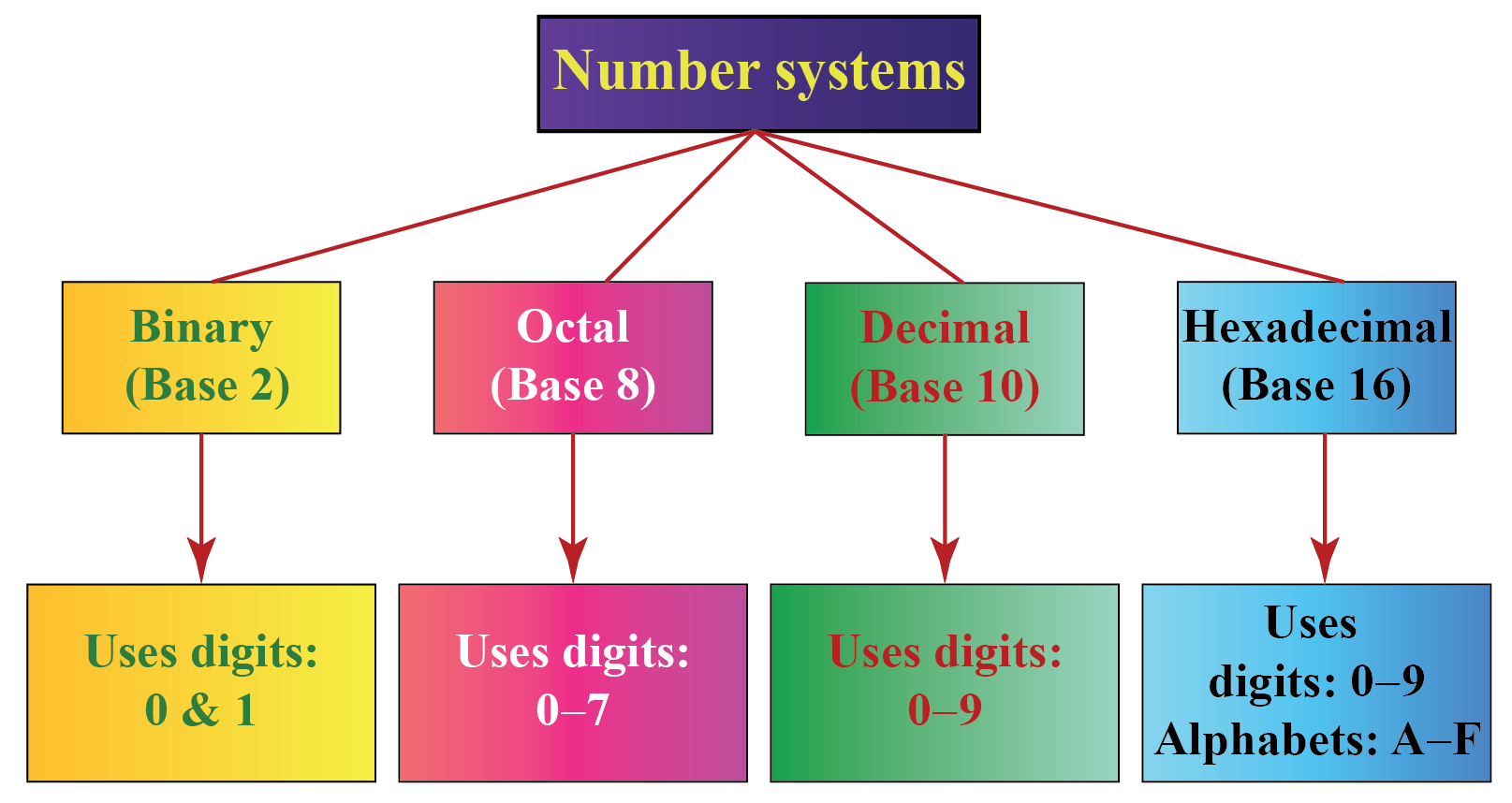 In this mini-lesson, we will learn how to write 22 in its binary form.

How Do You Convert 22 From Decimal to Binary?

Though we do not write any base to the numbers, the default base is 10

How Do I Convert 22 From Decimal to Binary?

The base of the binary system is 2

To convert 22 into binary, we have to divide 22 by 2 and note down the quotient and the remainder in the “quotient-remainder” form. 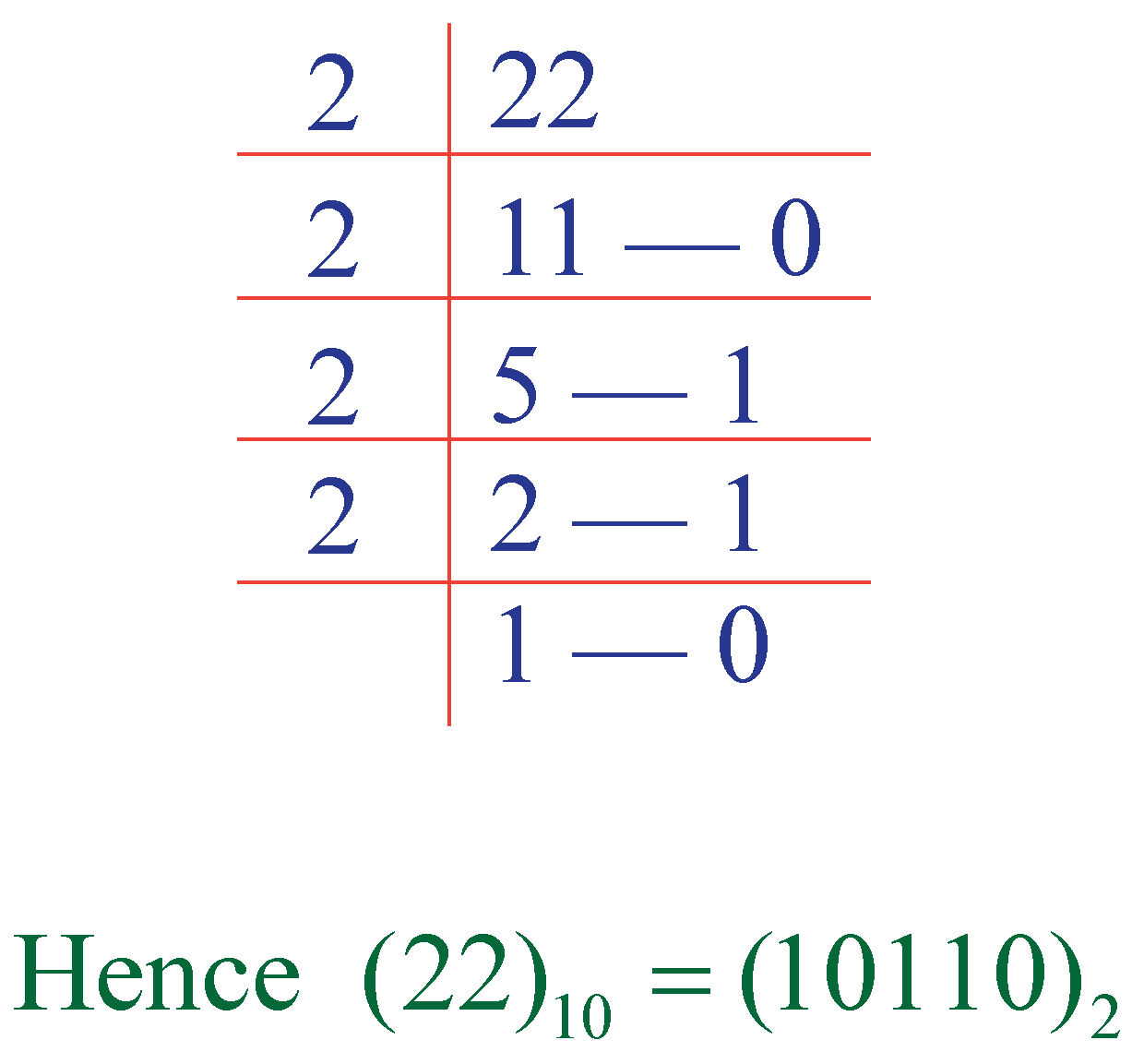 22 in the binary system is obtained just by noting down all the remainders and the last quotient from bottom to top. 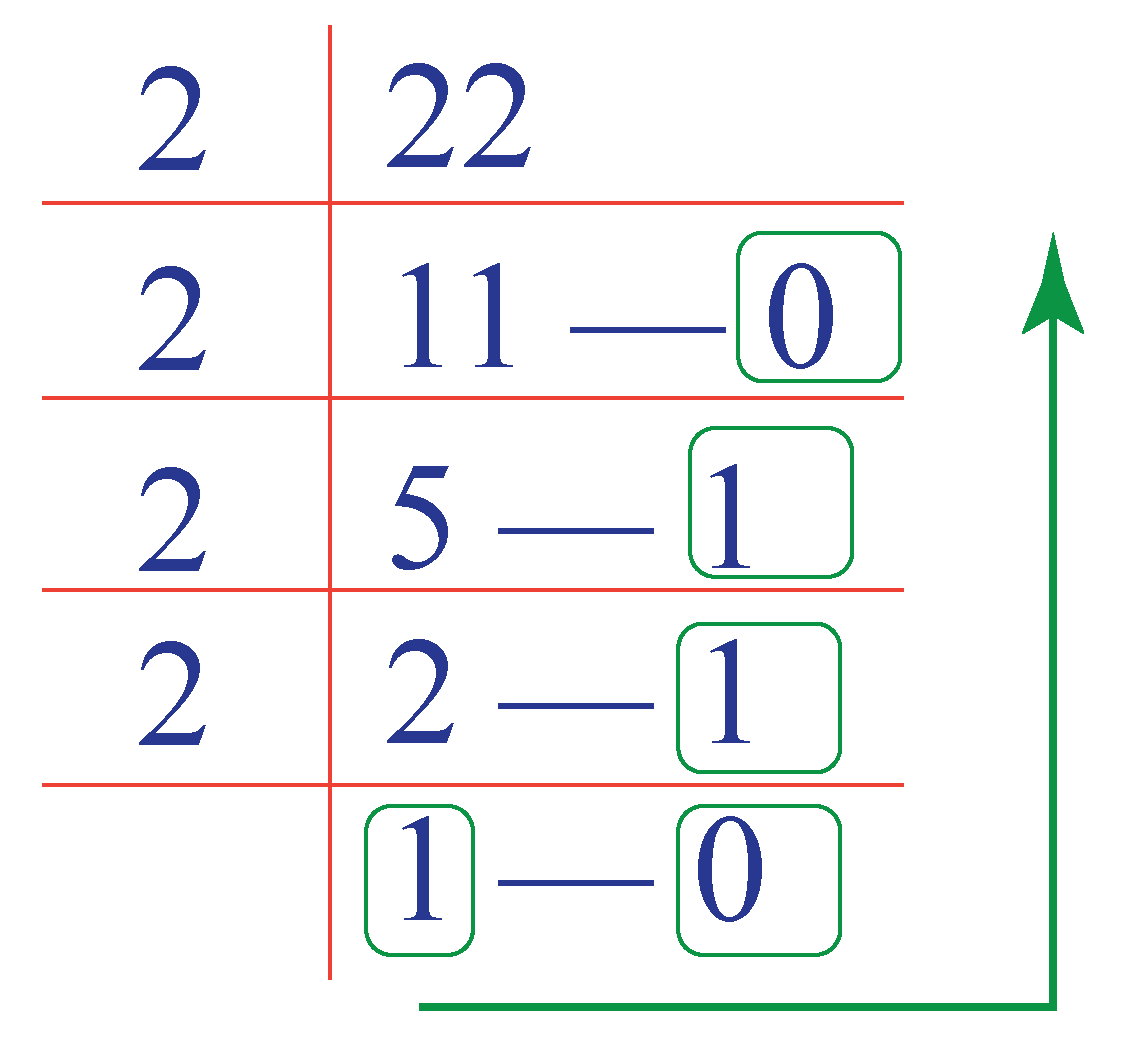 Isabella enters the number 19 on a computer. How will the computer convert it into binary and store it?

To convert 19 into binary, the computer follows the given steps:

Step 1: Divide 19 by 2 to find the quotient and remainder. 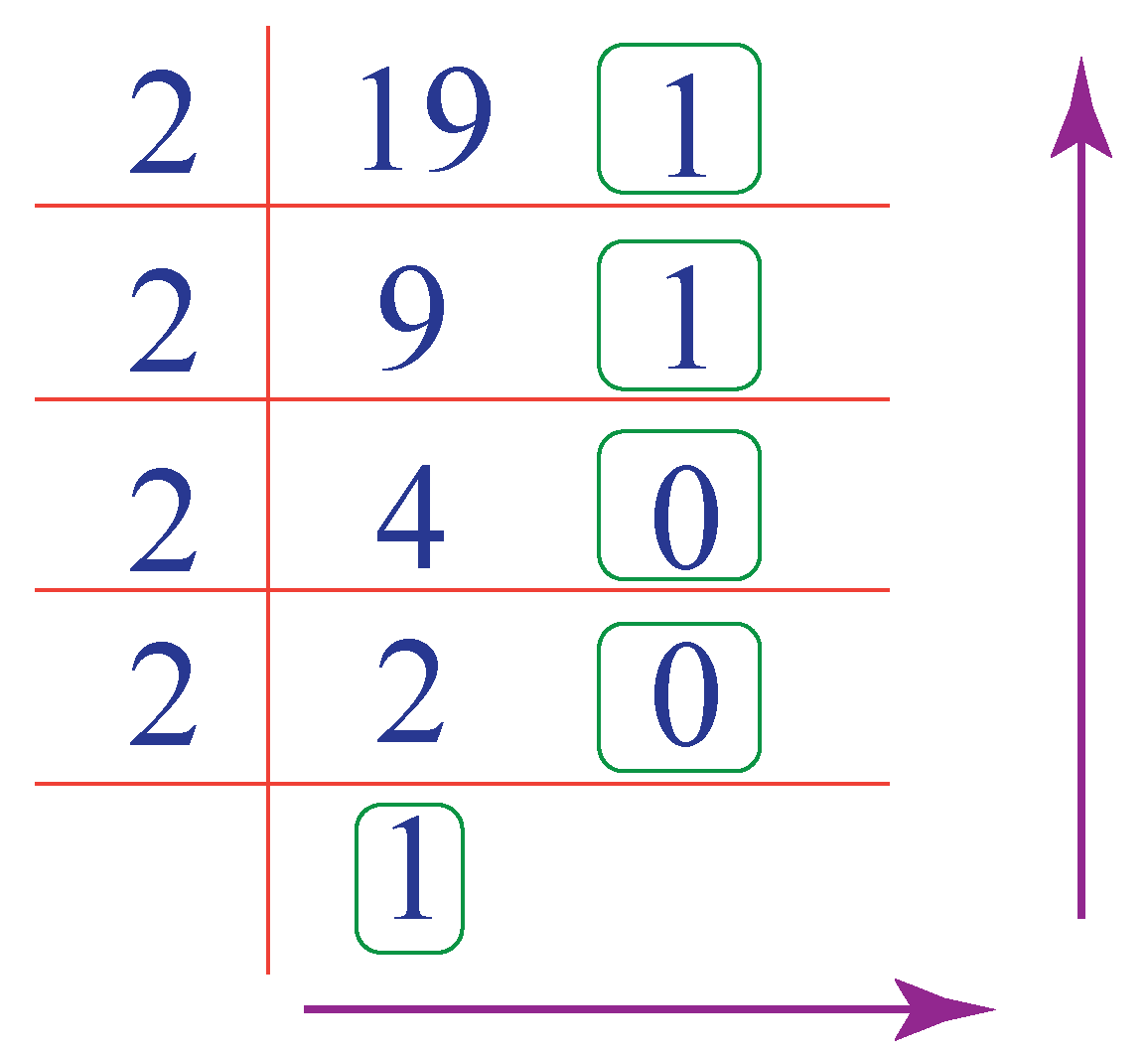 15 can be converted into binary by the given steps:

Step 1: Divide 15 by 2 to find the quotient and remainder. 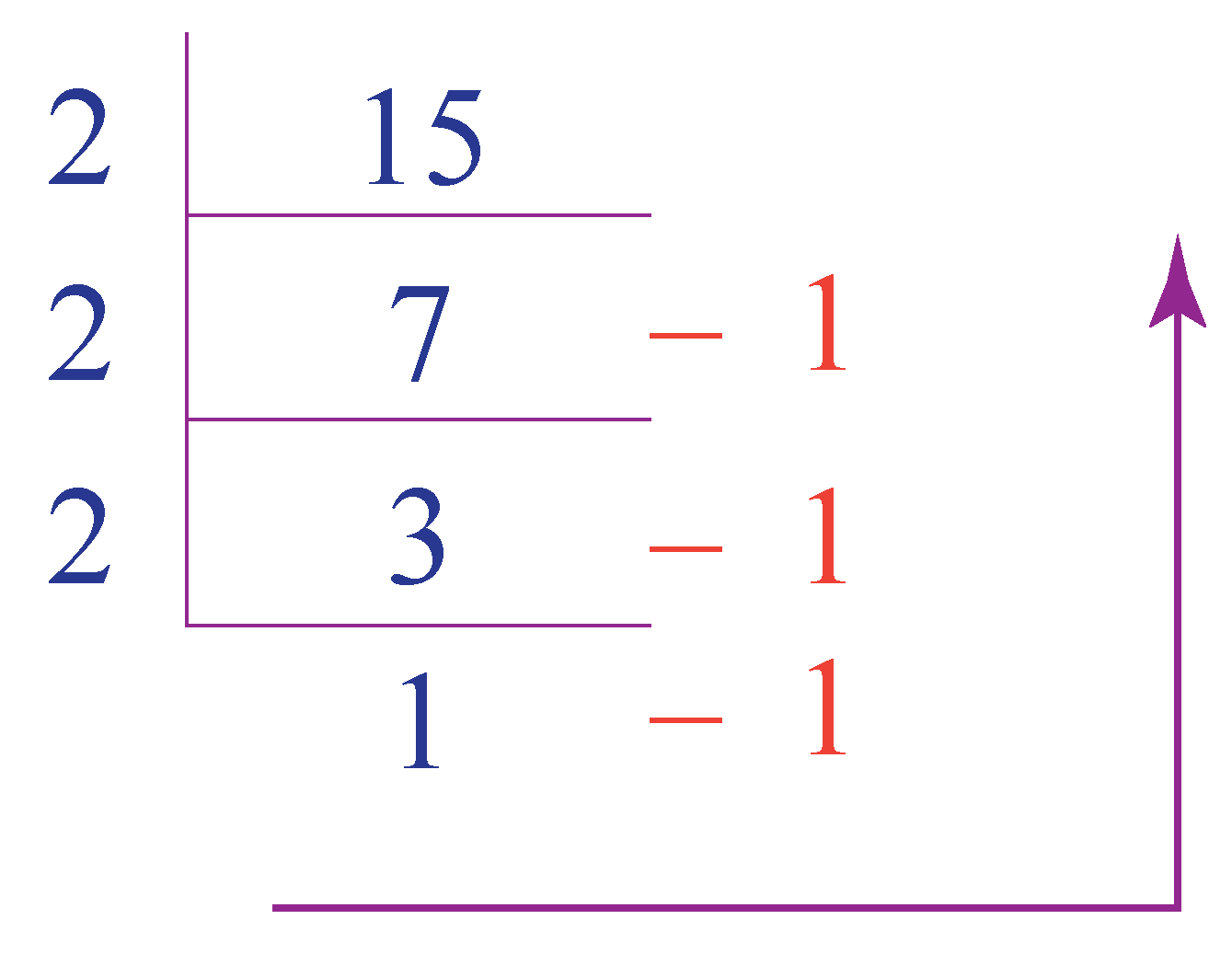 In this lesson, we have learned how to convert 22 in binary. Can you now try to convert the following binary numbers into corresponding numbers with decimal bases?

The mini-lesson targeted the fascinating concept of writing 22 in binary. The math journey around the number 22 in binary starts with what a student already knows, and goes on to creatively crafting a fresh concept in the young minds. Done in a way that not only it is relatable and easy to grasp, but also will stay with them forever. Here lies the magic with Cuemath.

Reading binary code means converting the binary number into the decimal number system so that it can be easily understood as we are more familiar with this number system.