An algebra identity means that the left-hand side of the equation is identically equal to the right-hand side, for all values of the variables. Here we shall try to acquaint ourselves with all the algebraic identities, their proofs, and how to use these identities in our math calculations.

What Are Algebraic Identities?

Algebraic identities are equations where the value of the left-hand side of the equation is identically equal to the value of the right-hand side of the equation. Unlike algebraic expressions, algebraic identities satisfy all the values of the variables. Let us consider an example to understand this better. Consider the equations: 5x - 3 = 12, 10x - 6 = 24, and x2 + 5x + 6 = 0. These equations satisfy only a unit value and do not work for any other values of the variables. Now let us consider an equation x2 - 9 = (x + 3)(x - 3). These equations satisfy any values of x.

The algebraic identities for three variables also has been derived using the binomial expansion formula. Further these identities are helpful to easily work across the algebraic expressions with the least number of steps.

Check them on the page Algebraic Identities Formula and Examples. 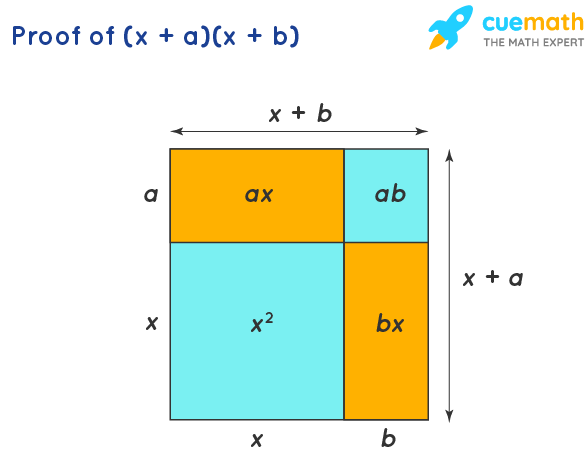 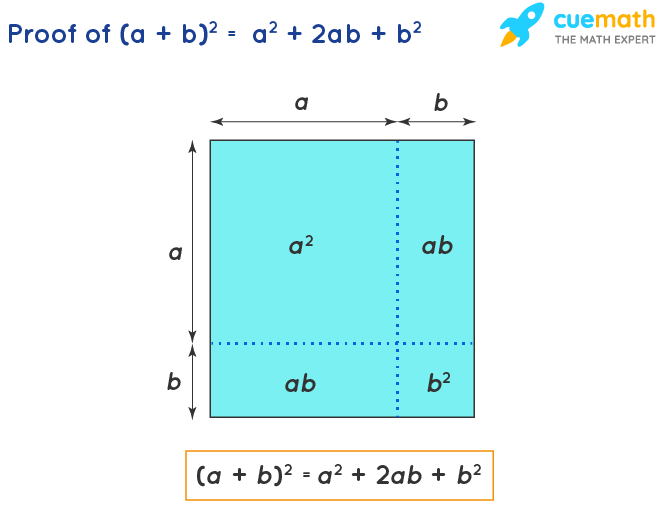 The objective is to find the value a2 - b2, which can be taken as the difference of the area of two squares of sides a units and b units respectively. This is equal to the sum of are areas of two rectangles as presented in the below figure. One rectangle has a length of a units and a breadth of (a - b) units. Another rectangle is taken with a length of (a - b) and a breadth of b units. Further, we take the areas of the two rectangles and sum the areas to obtain the resultant values. The respective areas of the two rectangles are (a - b) × a = a(a - b) , and (a - b) × b = b(a - b). Finally, we take the sum of these areas to obtain the resultant expression. 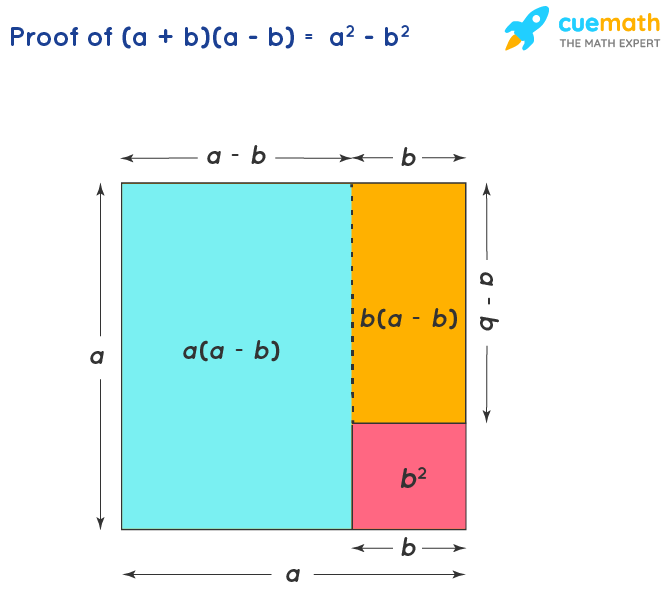 Re-arranging the individual squares and rectangles, we get:

Once again, let’s think of (a - b)2 as the area of a square with length (a - b). To understand this, let's begin with a large square of area a2. We need to reduce the length of all sides by b, and it becomes a - b. We now have to remove the extra bits from a2 to be left with (a - b)2. In the figure below, (a - b)2 is shown by the blue area. To get the blue square from the larger orange square, we have to subtract the vertical and horizontal strips that have the area ab. However, removing ab twice will also remove the overlapping square at the bottom right corner twice. Hence, we add b2. Thus we have (a − b)2 = a2 − ab − ab + b2. Hence this proves the algebraic identity (a − b)2 = a2 − 2ab + b2 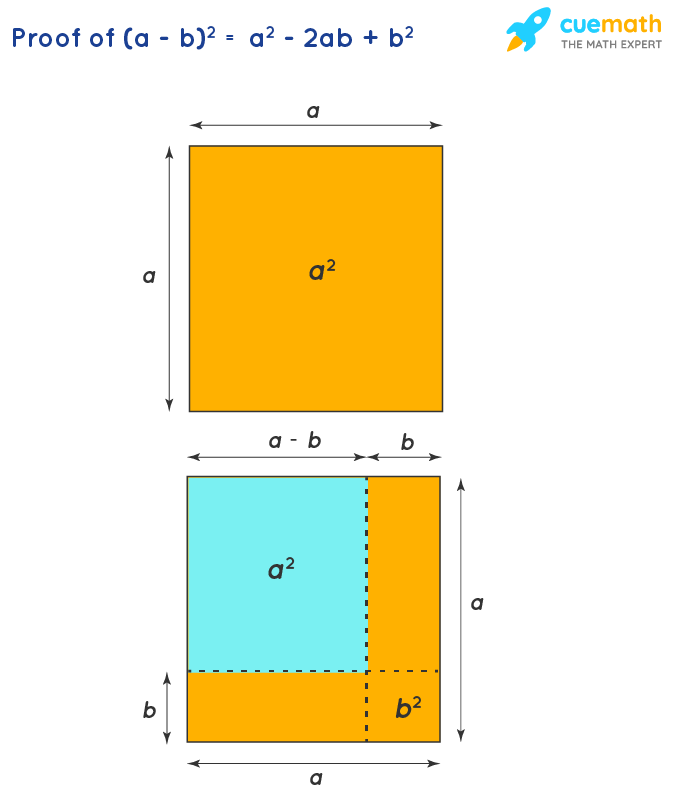 Given below is the list of topics that are closely connected to the Algebraic Identities. These topics will also give you a glimpse of how such concepts are covered in Cuemath.

The first form of algebraic identities was referred to as the theory of equations. The concepts of algebra were derived by a Persian mathematician and the numerous terms of algebra have been derived from the Arabic language. The birth of algebra can also be attributed to the Babylonians. The various forms of algebra are Rhetorical algebra, syncopated algebra, and symbolic algebra.

How Many Algebraic Identities are There in Maths?

What Is the Difference Between Algebraic Identities and Algebra Expressions?

What are the Four Algebraic Identities?

The four commonly used algebraic identities are given below:

Use the Algebraic Identities Calculator to solve some algebraic identities problems .

How Can we Verify an Algebra Identity?

What Are the Uses of Algebraic Identities?

How can I Learn Algebraic Identities?

The algebraic identities can be easily learned through the below two simple ways:

What Is the Formula of Identity?

An identity is an equation that is always true regardless of the value that is assigned to the variable. The simple algebraic identities or formulas are: