Let us learn what exactly a derivative means in calculus and how to find it along with rules and examples.

Meaning of Derivatives in Calculus 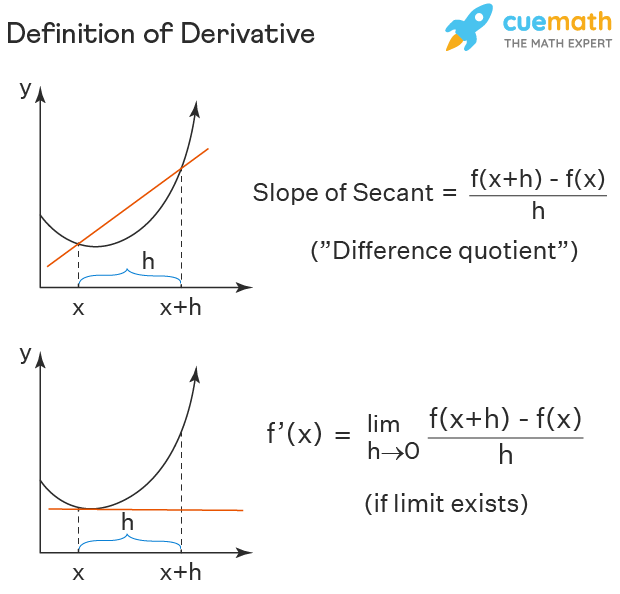 This formula is popularly known as the "limit definition of the derivative" (or) "derivative by using the first principle".

The derivative of a function f(x) in math is denoted by f'(x) and can be contextually interpreted as follows:

Thus, whenever we see the phrases like "slope/gradient", "rate of change", "velocity (given the displacement)", "maximize/minimize" etc then it means that the concept of derivatives is involved.

Derivative of a Function Using the First Principle

The three basic derivatives of the algebraic, logarithmic / exponential and trigonometric functions are derived from the first principle of differentiation and are used as standard derivative formulas. They are as follows.

Here are the derivatives of trigonometric functions. 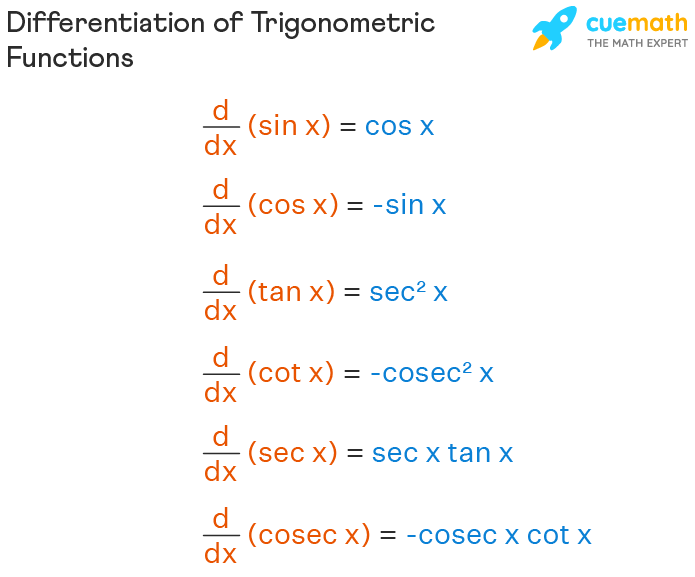 Here are the derivatives of inverse trigonometric functions. 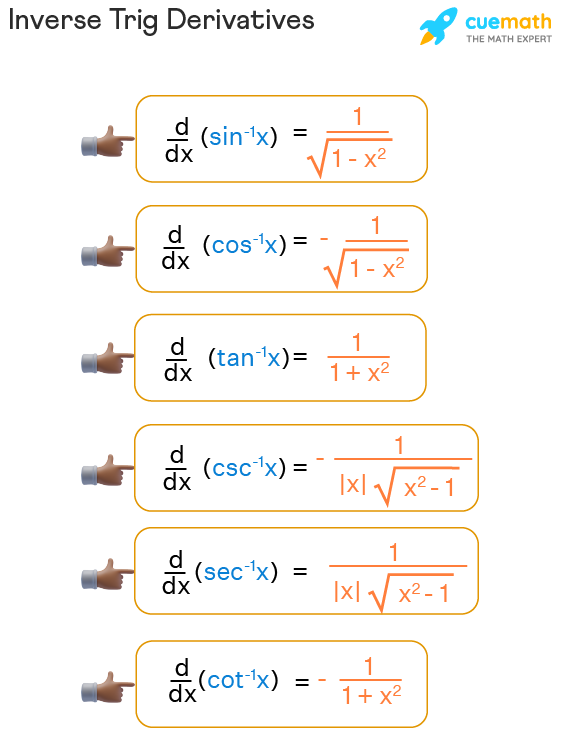 The following are the fundamental rules of derivatives. Let us discuss them in detail.

Sum/Difference Rule: The derivative process can be distributed over addition/subtraction. i.e., dy/dx [u ± v]= du/dx ± dv/dx.

Constant Rule: The constant rule of derivatives states that the derivative of any constant is 0. If y = k, where k is a constant, then dy/dx = 0. Suppose y = 4, y' = 0. This rule directly follows from the power rule.

For example, consider y = tan2x. This is a composite function. We can write this function as y = u2, where u = tan x. Then

By the chain rule,

In equations where y as a function of x cannot be explicitly defined by the variables x and y, we use implicit differentiation. If f(x, y) = 0, then differentiate on both sides with respect to x and group the terms containing dy/dx at one side, and then solve for dy/dx.

Sometimes, the functions are too complex to find the derivatives (or) one function might be raised to another function like y = f(x)g(x). In such cases, we can take log (or) ln on both sides, apply log rules, and then differentiate on both sides to get dy/dx. This process is known as logarithmic differentiation in calculus.

Applying ln on both sides,

Taking derivative on both sides,

We can just use the first derivative to determine the maximum or minimum by observing the following points: 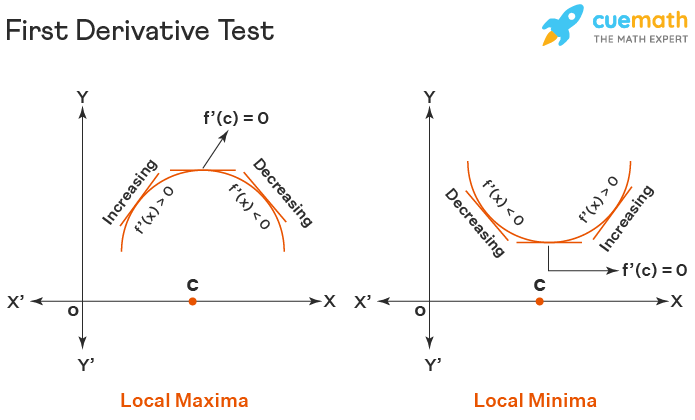 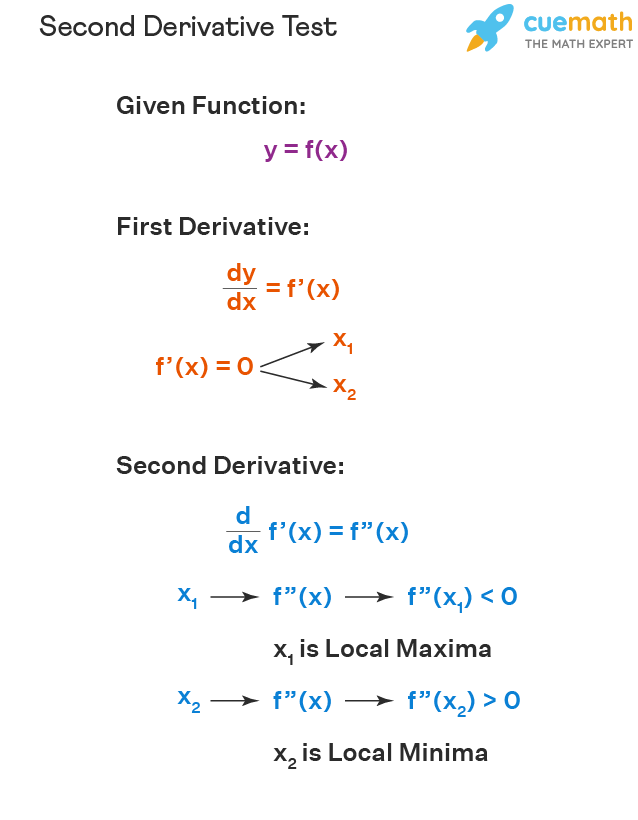 What are Derivatives in Calculus?

How Do You Find Derivatives?

The derivatives of functions in math are found using the definition of derivative from the first fundamental principle of differentiation. If f(x) is a given function, its derivative is obtained using f'(x) = limh→0 [f(x + h) - f(x)] / h. A lot of rules are derived by using this limit definition which can be directly used to find the derivatives without using the limits.

What are Basic Derivative Formulas?

What Are the Application of Derivatives in Real Life?

What is a Derivative Example?

What is the Difference Between Derivatives and Differentiation in Calculus?

The derivative of a function f(x) at a point is nothing but the slope of the tangent of the function at that point and is found by the limit f'(x) = limh→0 [f(x + h) - f(x)] / h. The differentiation is the process of finding the derivatives.