Numbers form the basis of mathematics. We should befriend numbers in order to understand maths.

Along with numbers, we come across the interesting world of factors and multiples. This world includes prime numbers, composite numbers, coprime numbers, perfect numbers (yes, numbers could be perfect!) HCF, LCM, and prime factorization.

Let’s get started on our journey of numbers.

You can go ahead and explore all important topics in Numbers by selecting the topics from this list below:

Building pre-number math skills is a prerequisite to understanding numbers. Pre-number skills like matching, sorting, classifying, ordering, and comparing will set the stage to build a strong number sense. 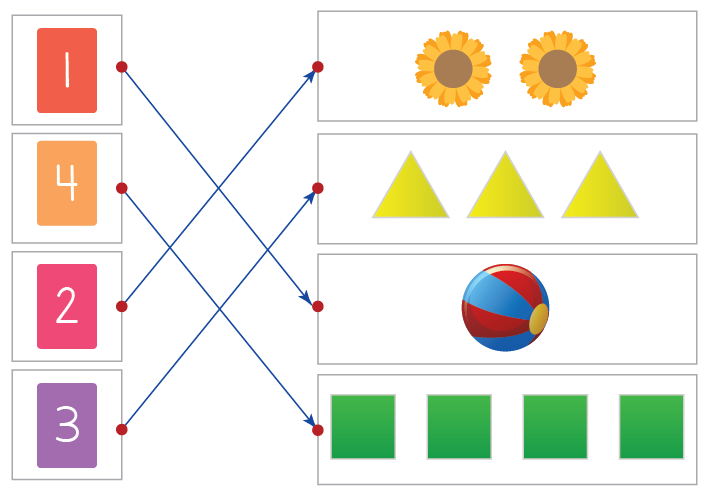 In the above example, the left column displays the numbers \(1\) to \(4.\) The right column displays rows of items. The numbers are matched to the quantities they represent. This is an essential skill for children aged \(3\) to \(4\) years.

Kids learn how to stand before they start taking small steps. In the same way, the pre number concept is very important for them to start understanding Mathematics. In this section, we will cover the different pre-number concepts like Matching and Sorting, Comparing and Ordering, Classification, and Shapes and patterns.

Number names are used to represent numbers in an alphabetical format. 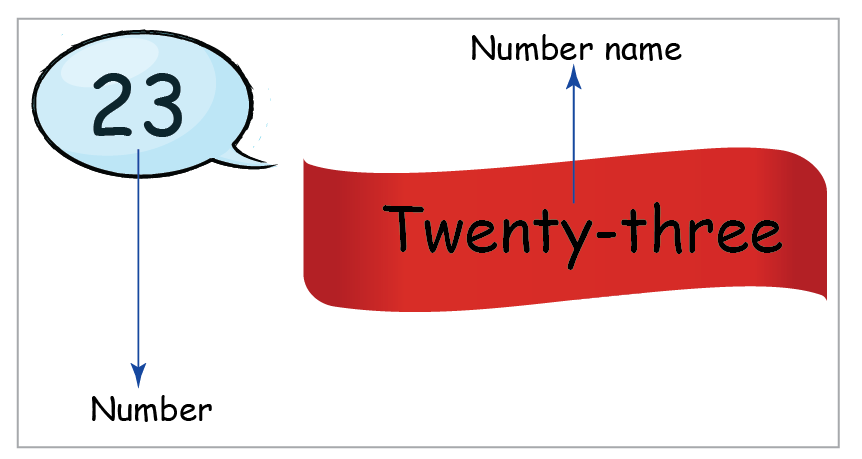 The rules of PEMDAS outline the order of the operations and give structure to nested operations. 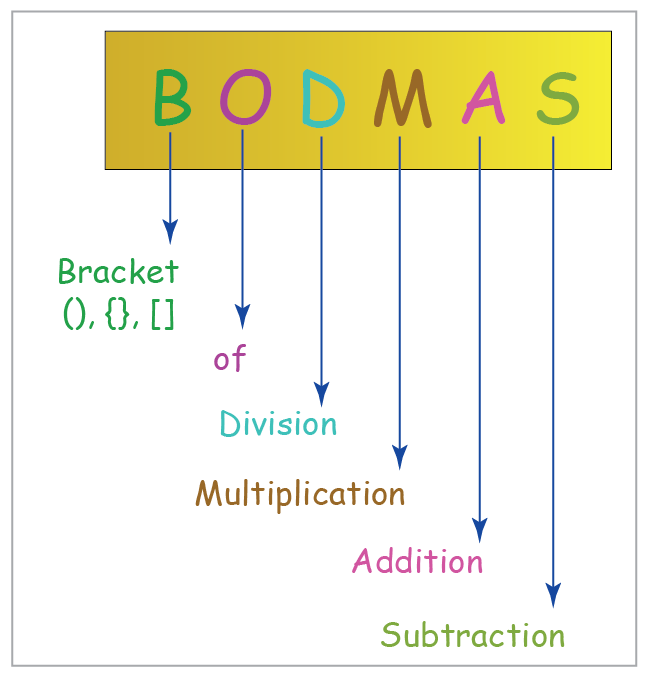 We already know what PEMDAS stands for. Let’s learn in detail the different concepts of BODMAS such as Addition, Subtraction, Multiplication, and Division.

The decimal number system is the most commonly used number system. The digits \(0\) to \(9\) are used to represent numbers. A digit in any given number has a place value. 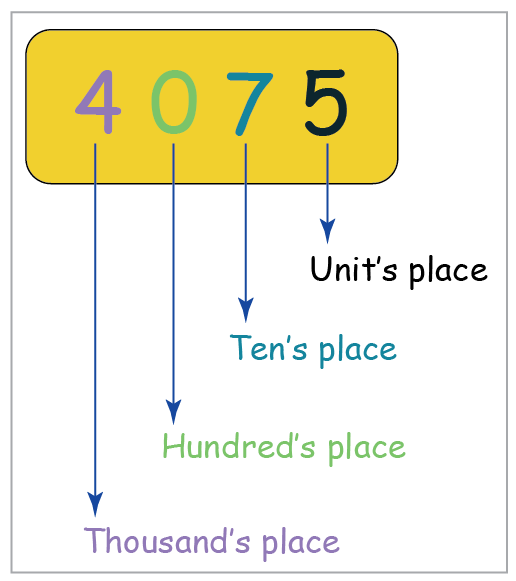 An ordinal number tells the numerical position of an object in a list. In other words, it indicates the order of things or objects, such as first, second, third, fourth, and so on.

In the example given above, ordinal numbers will help define the position of the children. Such as, Jim is the fourth child from the left.

Consecutive numbers are numbers that follow each other in order from the smallest number to the largest number. They usually have a difference of \(1\) between every two numbers.

Integers are numbers that are whole numbers and negative numbers. All integers are represented by the alphabet Z.

A natural number is a non-negative integer and is always greater than zero. It is represented by the symbol N.

We will learn about the various properties of natural numbers as part of understanding this concept.

The whole number does not contain any decimal or fractional part. It means that it represents the whole thing without pieces. It is represented by the symbol W.

We will learn about the various properties of whole numbers as part of understanding this concept.

Even numbers are whole numbers that are exactly divisible by \(2.\) 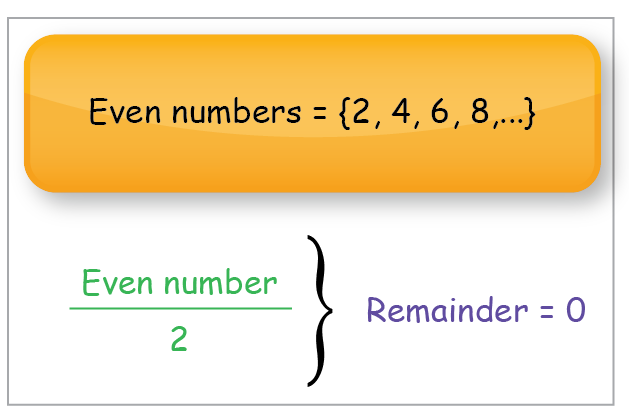 Odd numbers are whole numbers that cannot be exactly divided by \(2.\) 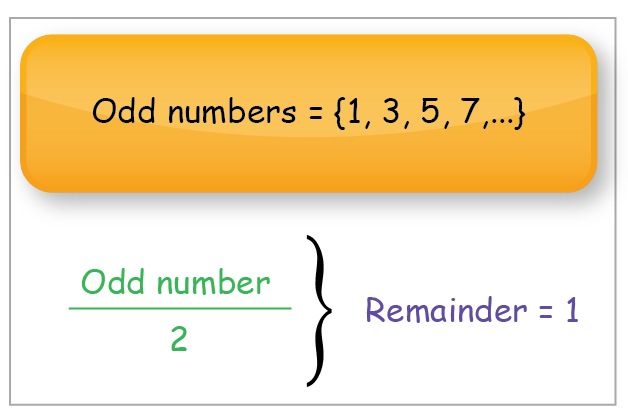 Any whole number greater than \(1\) that has exactly two factors, \(1\) and itself is defined to be a prime number. 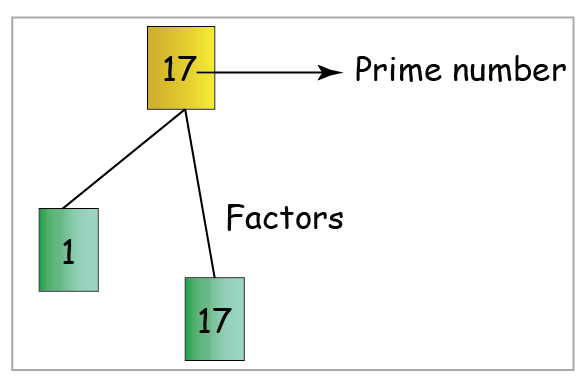 Well, now we know that a prime number has just two factors. One and the number itself. But how do we know that a number is prime? You will learn How to find out if a Number is a Prime Number in this section. along with the concepts of Prime Numbers and Euclid’s Proof 3. 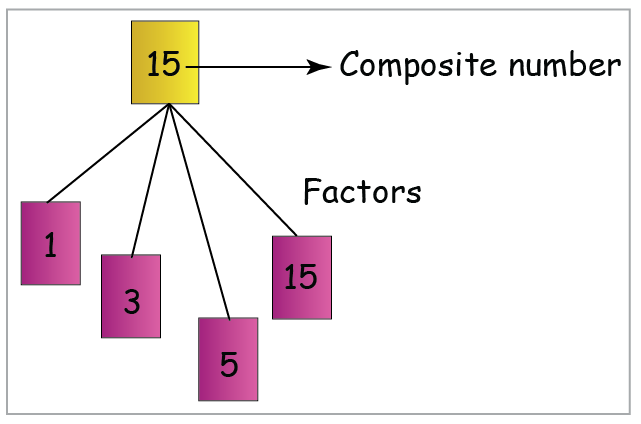 Composite numbers are positive integers and you already know that they have more than one factor. Let us now learn about the Fundamental Theorem of Arithmetic

If a pair of numbers has no common factor apart from 1, then they are called co-prime numbers.

A perfect number is a positive integer that is equal to the sum of its proper divisors (factors), excluding the number itself. 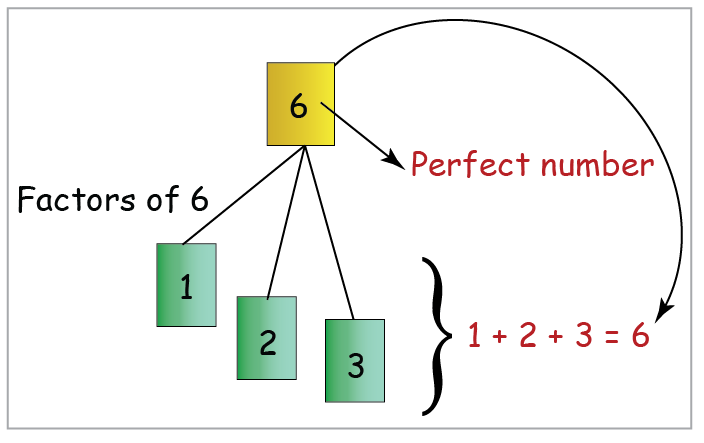 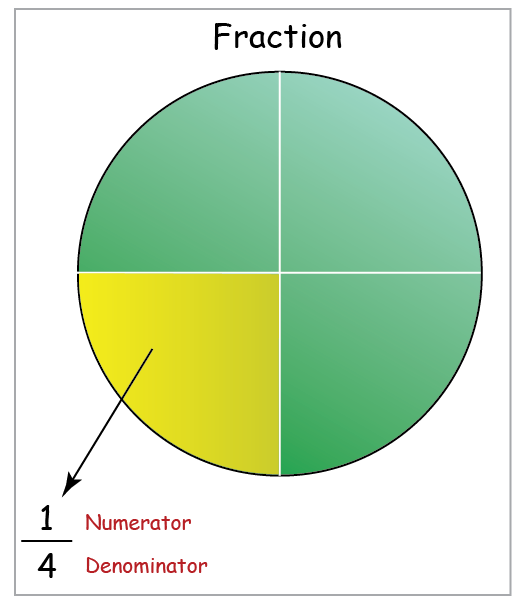 A decimal number has a whole number part and a fractional part. These parts are separated by a decimal point. 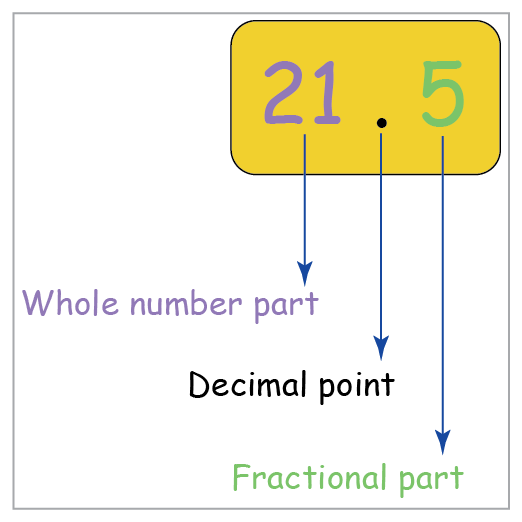 Decimals are really interesting. They have a whole number part and they can also be represented as fractions. Let’s dive deeper and find out how! In this section, we will cover decimals related concepts such as the Relationship between Fractions and Decimals, Addition and Subtraction of Decimals, Multiplication of Decimals, and Division of Decimals.

A rational number, denoted by Q, is represented in the form p/q,  where q is not equal to zero. 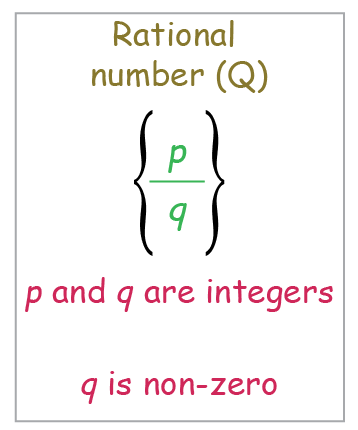 Irrational Numbers are the numbers that cannot be represented using integers in the \(\frac{p}{q}\)  form. The set of irrational numbers is denoted by I. 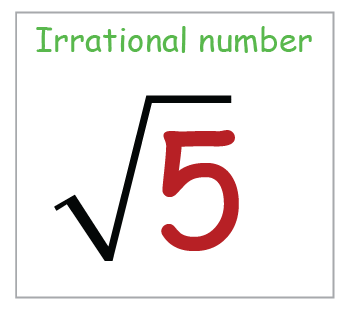 Irrational numbers cannot be represented as a simple fraction. Their decimal expansion neither terminates nor becomes periodic. You must be wondering how! We will find out once we study some more topics related to irrational numbers such as Square Root of Two is Irrational, Decimal Representation of Irrational Numbers, The exactness of Decimal Representation, Rationalize the Denominator, Surds, and Conjugates and Rationalization.

The set of real numbers is the union of the set of Rationals (Q) and Irrationals (I). It is denoted by R. 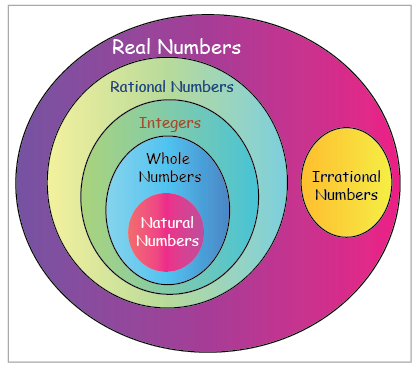 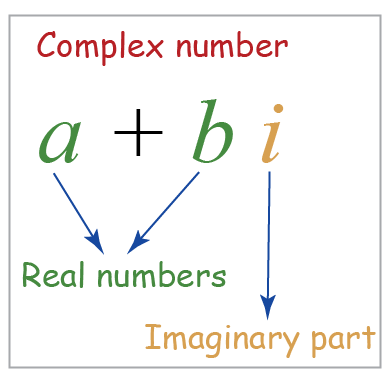 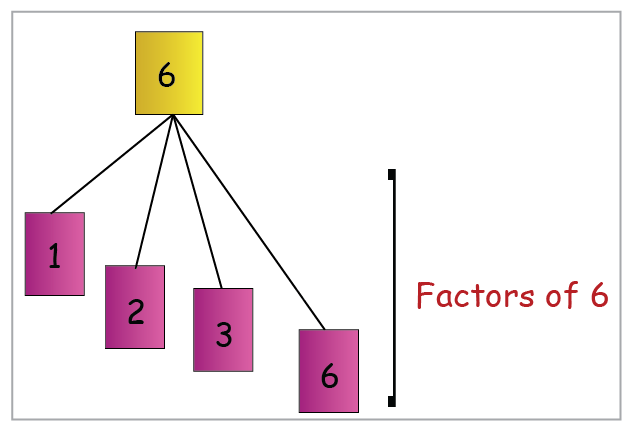 A multiple of a number is a number obtained by multiplying the given number by another whole number. 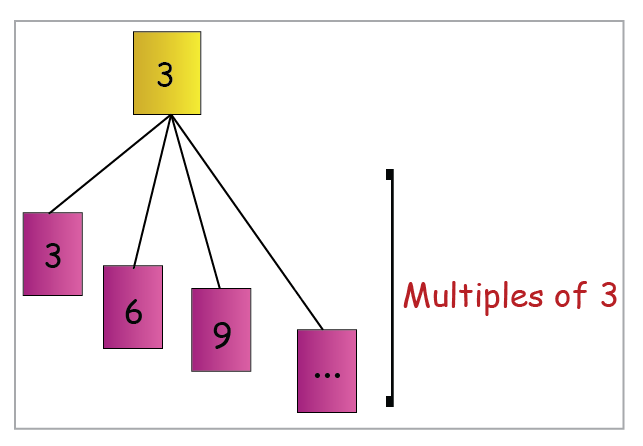 The highest common factor (HCF) of two numbers is the largest whole number which is a factor of both. It is also called the Greatest Common Factor (GCF). 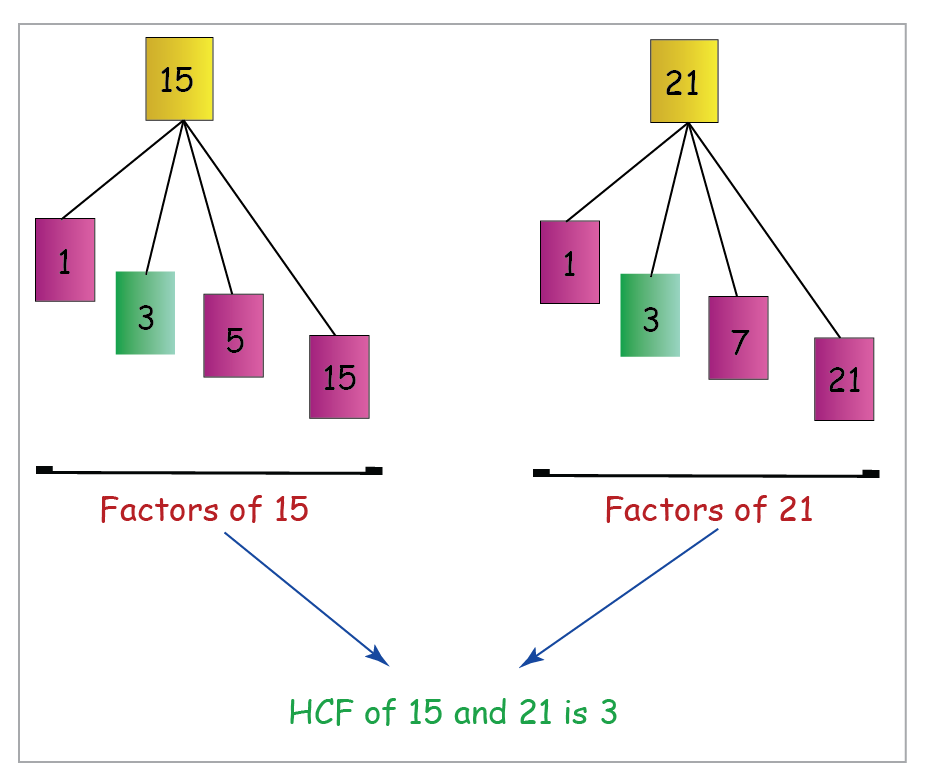 When we consider two numbers, each will have its own set of multiples. Some multiples will be common to both numbers. 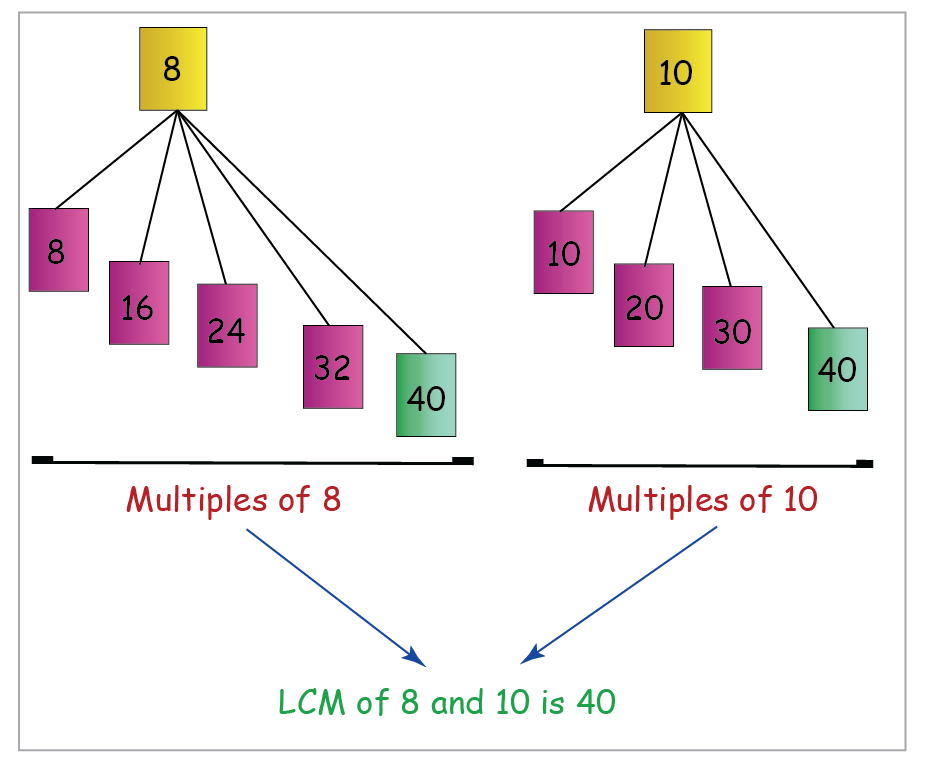 Prime factorization allows us to write any number as a product of prime factors. 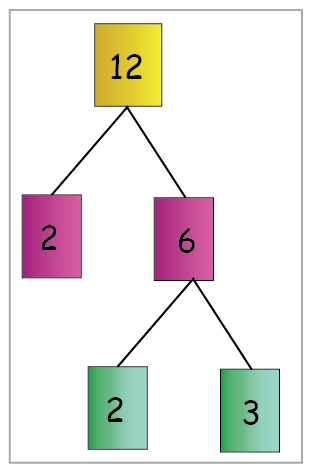 To do prime factorization, you need to break a number down to its prime factors. In this section, we will learn about concepts such as Divisibility, GCD, and LCM. We will also have a look at the various Applications of Prime Factorization.